Jared Clifton
Police on scene of a murder-suicide in Hamilton on Monay, July 8, 2019. 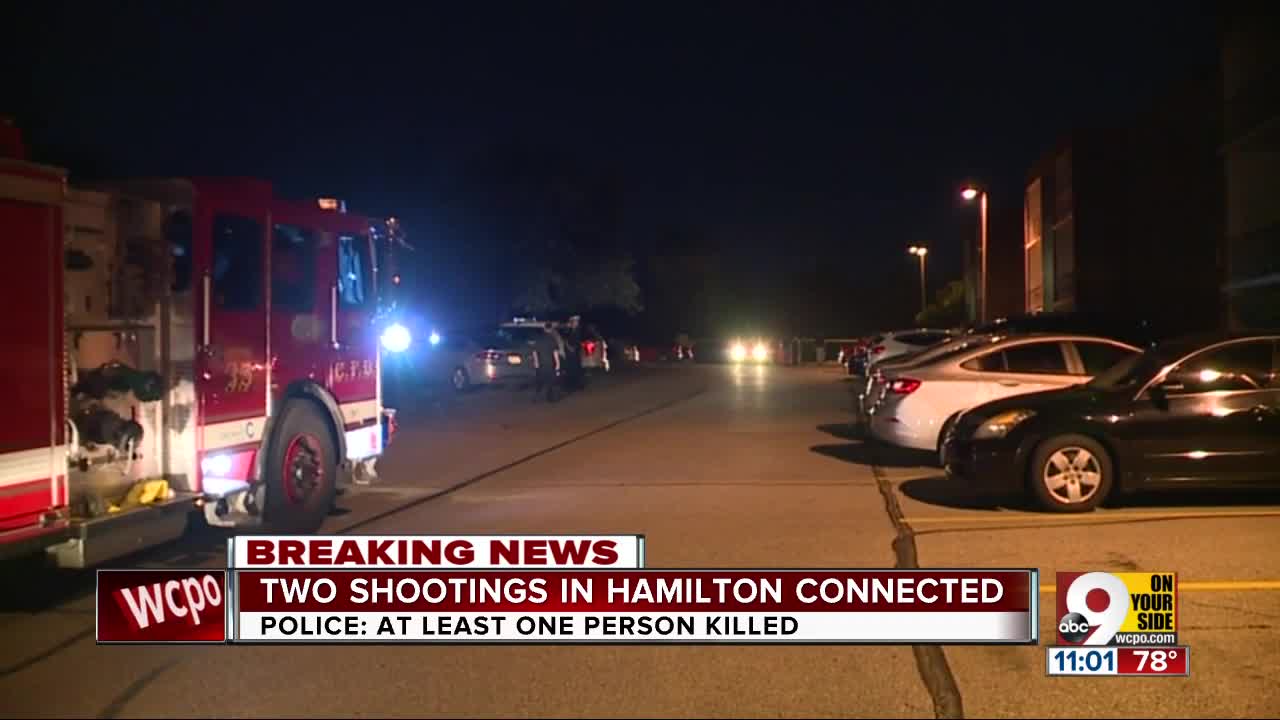 HAMILTON, Ohio -- A suspect in a fatal shooting turned the gun on himself when stopped by Butler County deputies Monday evening, according to the Butler County Sheriff's Office.

Deputy Mike Gibson saw a car that matched a description of a homicide suspect’s car at about 7 p.m. near the Hamilton Christian Center in Hanover Township, authorities said. Gibson turned on his lights and sirens, and a pursuit ensued.

The suspect stopped in the 1400 block of Boyle Road. Gibson saw the suspect “raise what he believed to be a weapon,” and then he heard a gunshot, authorities said. Deputies on scene administered aid, but first responders pronounced the suspect dead at the scene.

The man had been a suspect in a fatal shooting that had taken place earlier at 932 Millville Avenue.

Hamilton police Chief Craig Bucheit tweeted the shootings had begun with a "domestic incident" on Millville earlier in the night. He initially described the second man as having life-threatening injuries. By 11 p.m., officers confirmed he was dead.