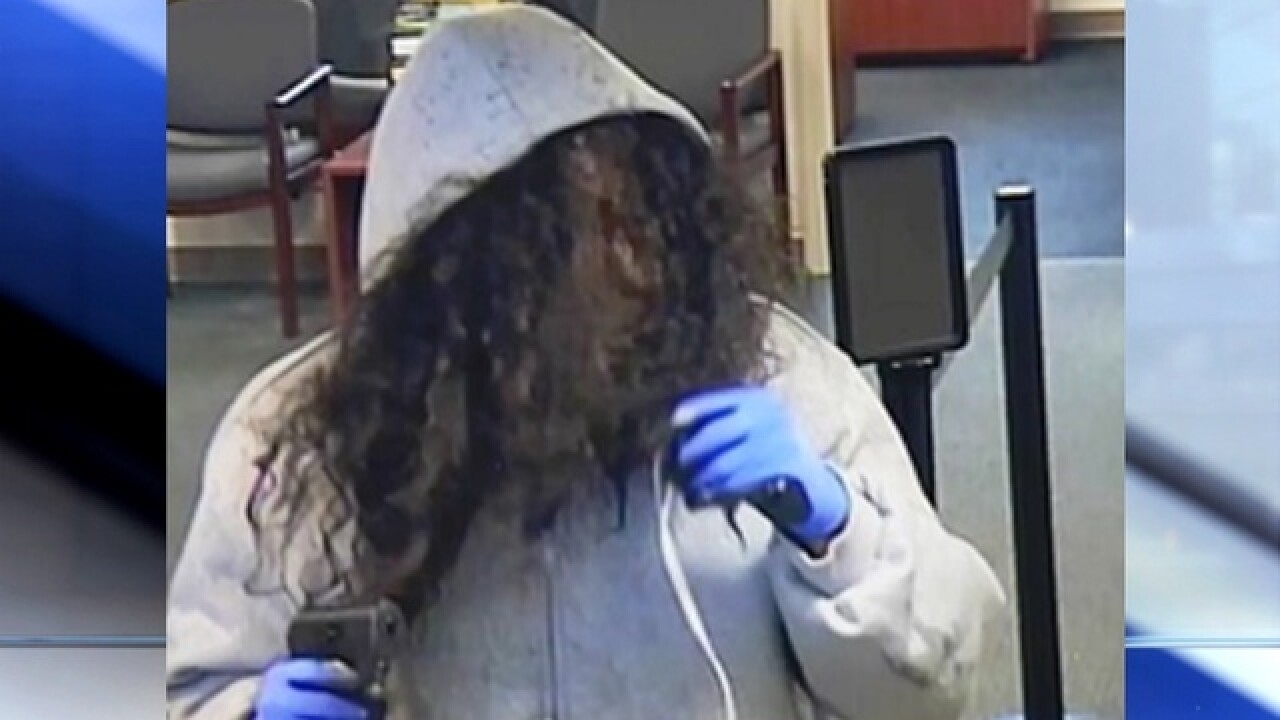 The robbery happened at about 10:29 a.m. at the Erie Avenue location, near Hyde Park Square.

The robber pointed a handgun at the teller and demanded cash, according to police.

He's described as having a long build, about 6 feet to 6 feet 2 inches tall. He was wearing a gray hooded sweatshirt, purple gloves, black pants and black shoes. The long black or brown hair blocking his face may have been a wig, police said.

He took an unspecified amount of money, and he was last seen northbound on Zumstein Avenue. Anyone with information regarding his whereabouts should contact police.