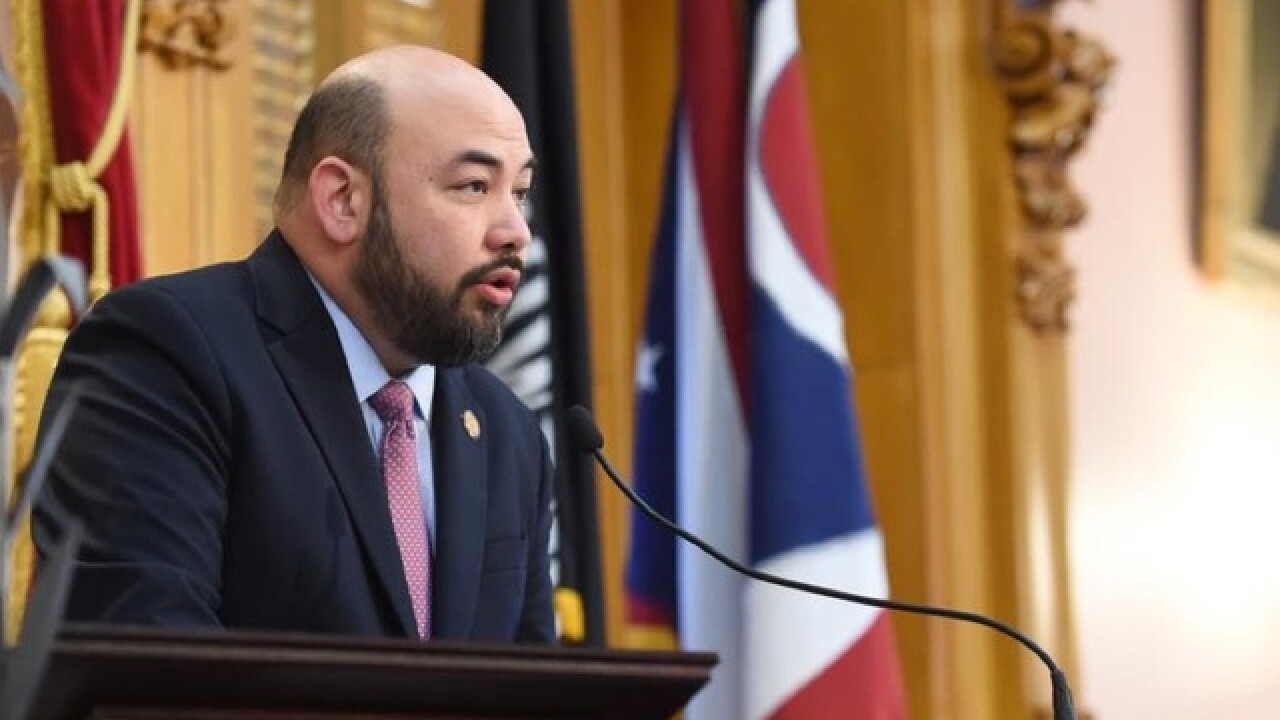 A subpoena and search warrant that the House released in response to public records requests provided new details of the FBI probe that led to the Republican rising star's sudden resignation in April.

Later Monday, the House released the hundreds of pages of documents it has turned over to the FBI.

House Republicans' political fund, OHROC, also released documents Monday showing it had turned over to the FBI a personal computer left behind by Rosenberger. A spokesman said the organization volunteered the information "in the interest of transparency."

Rosenberger's lawyer, David Axelrod, reiterated that Rosenberger "has nothing to hide" and is fully cooperating in the investigation.

He said the warrants and documents released Monday contained nothing that hasn't been known for months and cautioned against reading too much into them.

"Search warrants may be interesting to read, but aren't necessarily good indicators of what evidence actually exists," he said in a statement. "They are one-sided documents that are often little more than wish lists of evidence for investigators and prosecutors, and the threshold for inclusion in a search warrant is very low."

Then one of Ohio's most powerful politicians, Rosenberger had been criticized for his lavish lifestyle, including traveling around the world and staying in a luxury downtown Columbus condo owned by a wealthy Republican donor. He has said all his actions as speaker were "ethical and lawful."

Among Rosenberger's travels was a trip last August to London for an event sponsored and paid for by the GOPAC Education Fund's Institute for Leadership Development. GOPAC works to elect Republicans to higher office.

Other politicians who attended — including Minnesota Speaker Kurt Daudt, Wisconsin Speaker Robin Vos, Michigan Speaker Tom Leonard and North Dakota House Majority Leader Al Carlson — emphasized the money for the trip didn't come from taxpayers and that all ethics laws were followed. They have also told The Associated Press they were not lobbied during the event.

Ohio's ethics laws, like those in most states, prohibit legislators from accepting valuable gifts but allow them to accept travel expenses to conferences related to official business if they aren't exchanged for legislative favors.

Rosenberger, who made about $101,000 a year as a lawmaker, was allowed to pay for work-related trips through his own campaign fund, through House Republicans' political fund or through a stipend from an outside group such as GOPAC.

GOPAC, like many other groups that seek to inform state legislators, takes contributions from corporations to help fund its budget. Corporations pay membership fees to the group that make them privy to invitations to events at which lawmakers will be present.

Among corporations attending the London event were Altria, Comcast, Walmart and Select Management, operator of the title lending business LoanMax. Dimon and Gaines are registered as Select Management lobbyists in Ohio and South Carolina, respectively. Messages were left for both of them Monday.

An Ohio bill cracking down on some of the highest interest rates in the nation on payday loans languished for more than a year on Rosenberger's watch, prompting a statewide ballot push by frustrated consumer advocacy groups.

Restrictions on the industry swiftly cleared the chamber in June after a replacement speaker was seated.