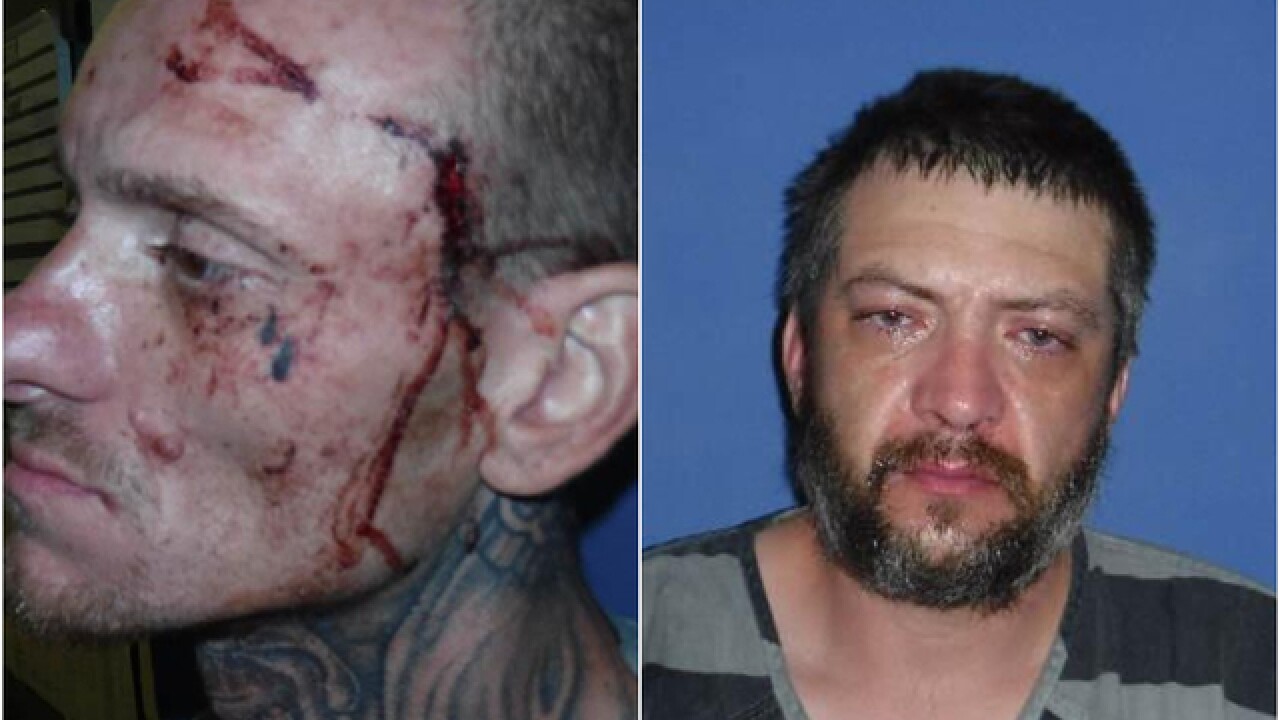 MOUNT ORAB, Ohio -- Brown County deputies arrested a man who they said shot at them during a chase Sunday night.

A deputy attempted to stop a driver in a silver Hyundai SUV for an equipment violation on New Harmony Salem Road at about 8:12 p.m., Sheriff Gordon Ellis said in a news release. As the deputy exited his patrol vehicle, one of the men in the SUV drove it across a yard and back onto the road.

As deputies pursued the vehicle, it reached speeds of about 80 miles per hour, deputies said. When a second deputy joined the pursuit, the driver fired and hit the lead vehicle.

The SUV ended up crashing in the front yard of a Maple Grove Road home, where it came to a rest upside down. The driver, 36-year-old Michael Hall, tried to run away, but was arrested quickly, deputies said. They also arrested a passenger, 37-year-old Daniel Allen, who had stayed in the vehicle.

Deputies said they recovered multiple firearms from the vehicle.

Both men were treated at Mount Orab Mercy Hospital before being taken to the sheriff's office.

Allen is facing a charge of having a weapon under disability, according to court records. Hall is facing charges of failure to comply with a police officer, two counts of attempted murder, four counts of improperly handling a firearm in a motor vehicle, four counts of having a weapon under disability, resisting arrest and shooting across a roadway, according to court records. His bond was set at $1 million.

Both men were being held in the Brown County Jail.