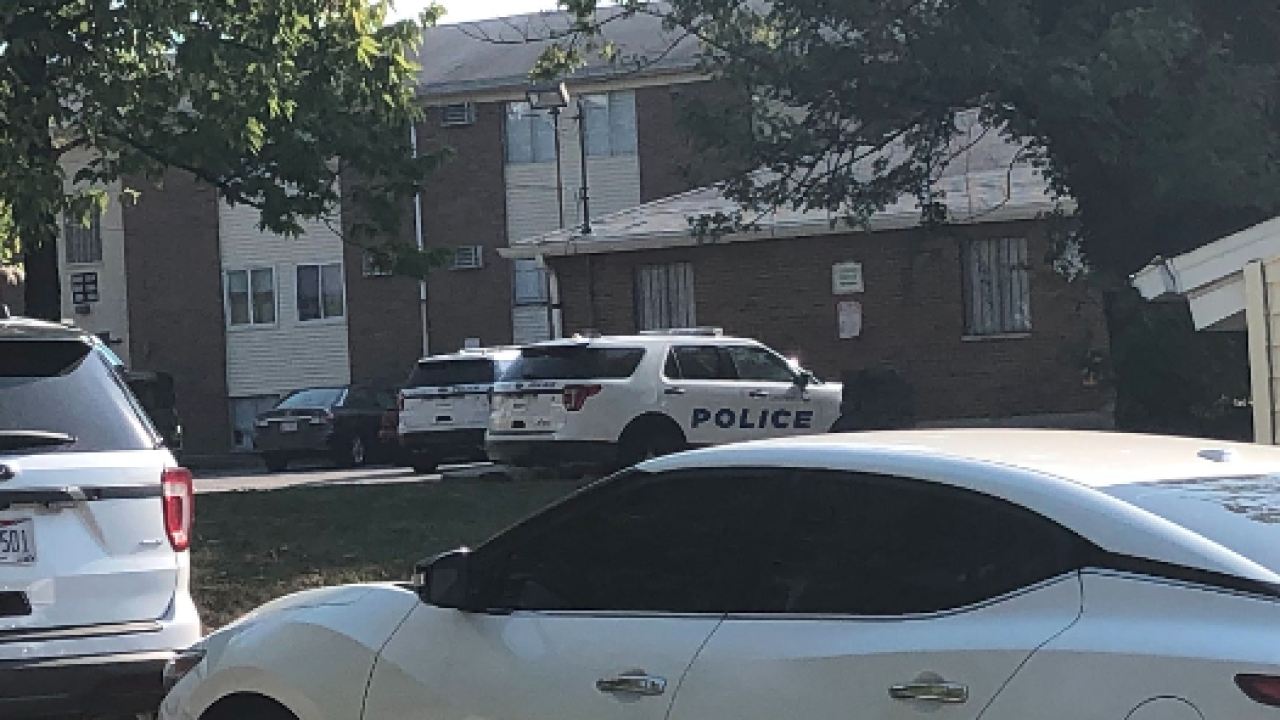 WCPO
Cincinnati police are on the scene of an “active criminal investigation” in Millvale. Officers responded to Western Northern Boulevard at about 9:45 a.m. Friday -- Sept. 13, 2019 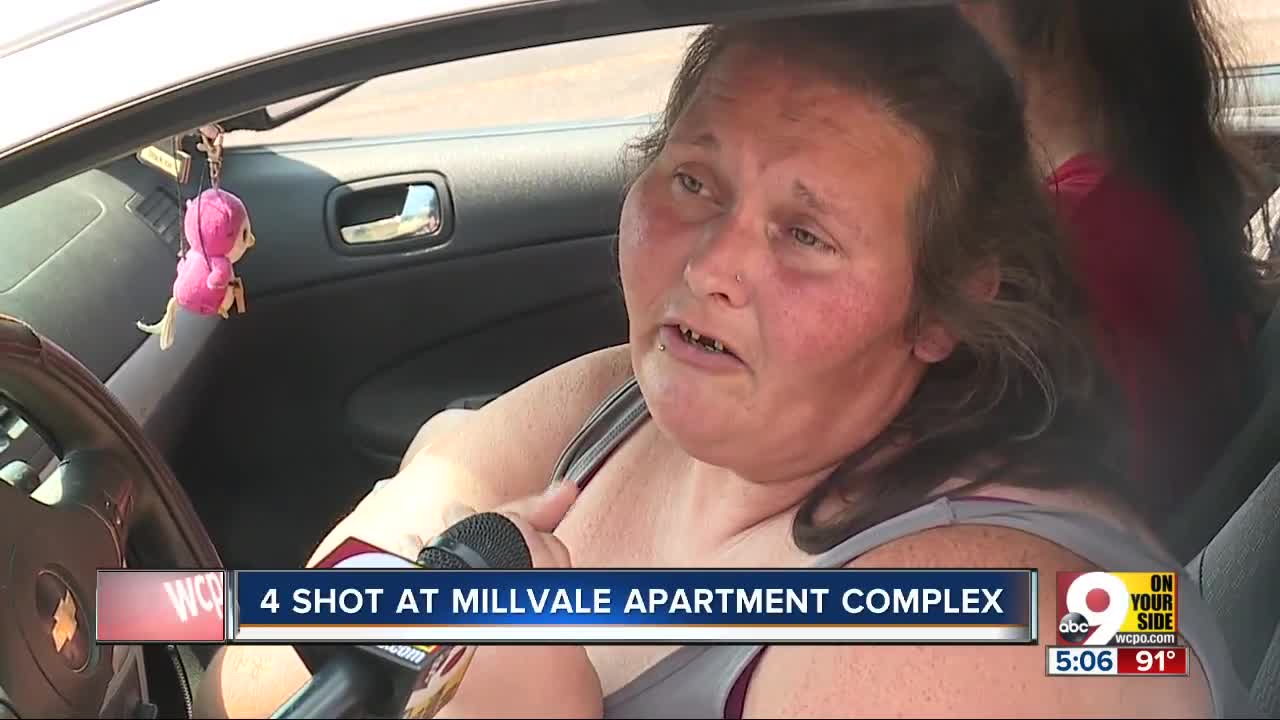 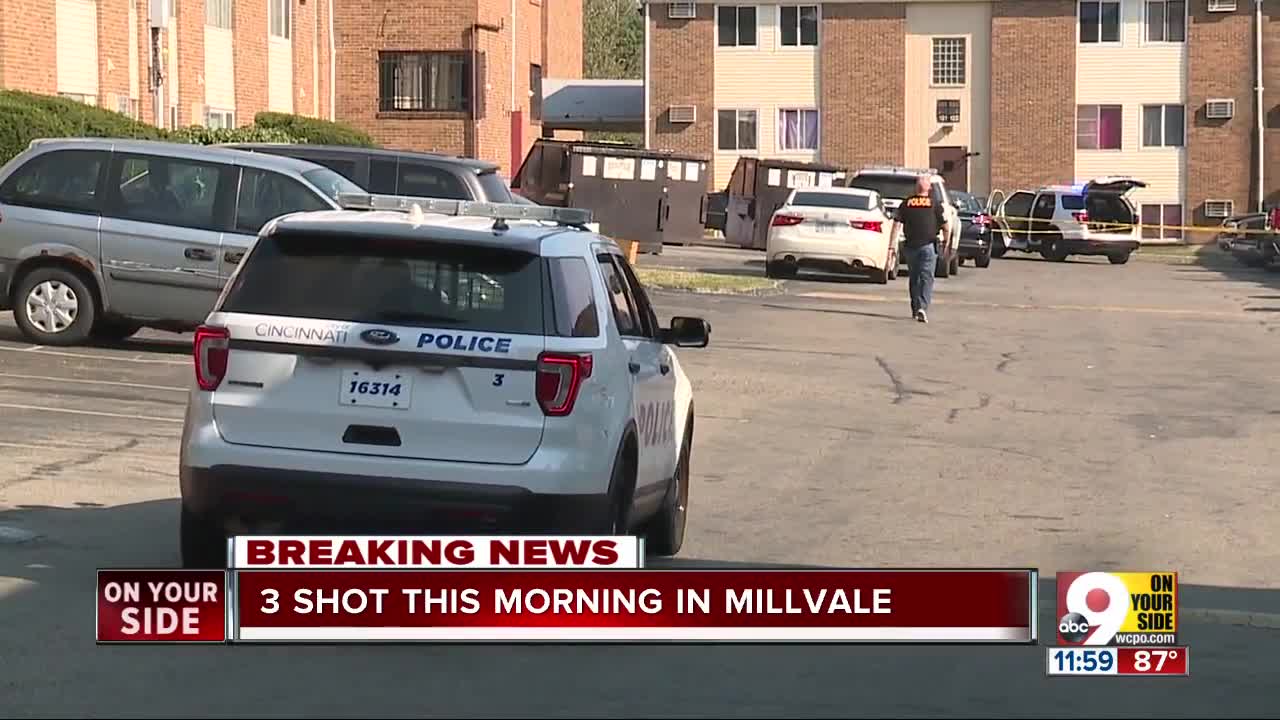 CINCINNATI — “Last night was really scary,” Amber Morgan said, and it got worse Friday morning after two rounds of gunfire within 12 hours left four people wounded at her apartment complex in Millvale.

Cincinnati police say two people were shooting at each other at Reid’s Valley View Manor Apartments Thursday night. One person was hit, but it wasn’t either of the two gunmen.

“We were sitting right here on the concrete wall when all the fire went off,” Morgan said. “It happened so quick. Everyone just scattered. I grabbed kids and just ran.”

“This morning I heard a gunshot in the house and I looked out the window and that’s when I saw the people hit the ground,” Morgan said. “Then my neighbor was running saying, ‘Let me in! Let me in!’ And I let her in my door. She was standing there when it happened.”

Reports of three people shot at Reid’s Valley View Manor Apartments this morning. Another person was shot last night believed to be by the same person. CPD still looking for the suspect. CPD says no threat to the public. @WCPO pic.twitter.com/Pd8Nk7fT6Q

Another neighbor told WCPO he heard 14 to 15 shots and saw a man and woman on the ground, suffering from gunshot wounds.

Police said the four victims — including a pregnant woman — did not have serious injuries.

Police said they think they know who’s responsible for the all the shooting, but they hadn’t caught him as of Friday afternoon. They said they found guns and drugs in an apartment connected to the suspect.