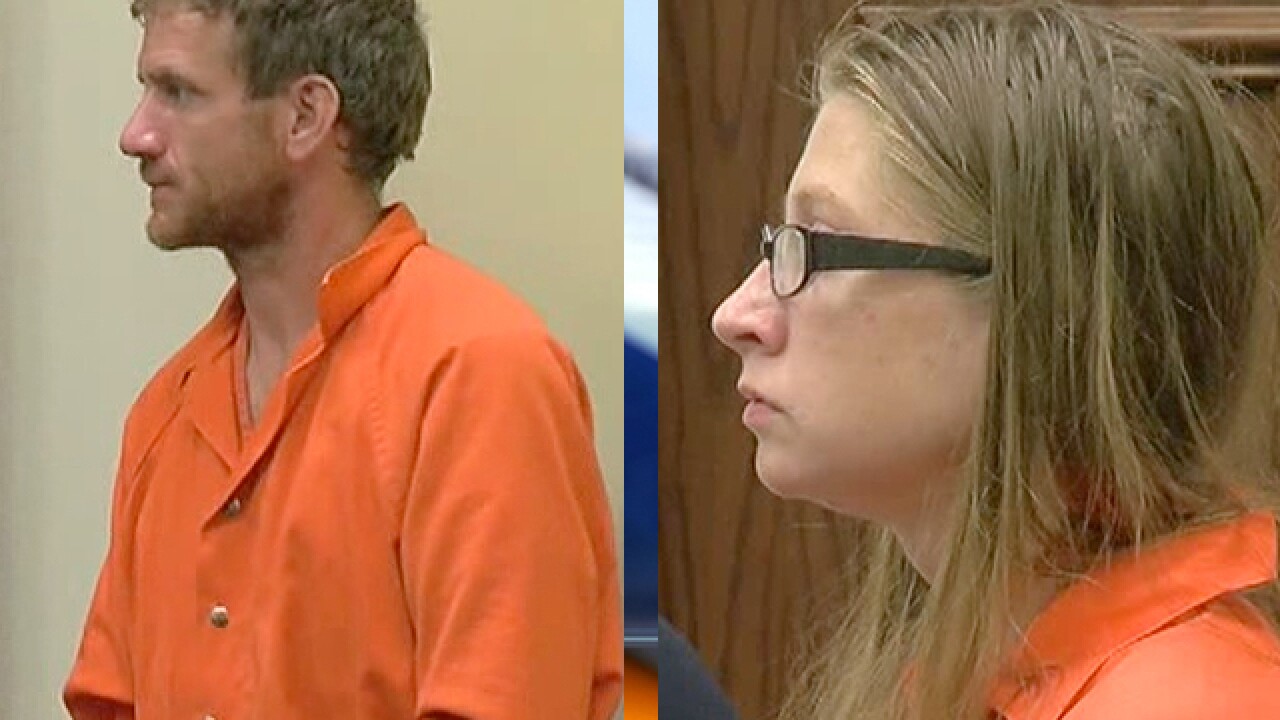 BATAVIA, Ohio – The two people caught after a chase Thursday may be behind crimes in three states, police said.

Jeffrey Abrams and Alison Jeffrey appeared in court on robbery charges Friday morning. A day earlier, police said the two fled from an officer who approached them outside Horseshoe Casino. Jeffrey surrendered. Abrams led police on a chase to Anderson Township, where he ditched the truck and tried to flee in a pond before surrendering.

Police said Abrams and Jeffrey were snatching purses from people in parking lots across the Tri-State. Investigators are looking at between 15 and 20 cases in Union Township, Florence, Newport, Montgomery and Lawrenceburg, among other locations.

The pair would wait in parking lots for the right opportunity, then snatch a purse and flee, according to police.

One victim, 75-year-old Lucy Rudd, said Jeffrey stole her purse by reaching under a bathroom stall at Walmart.

"She knows that you can't jump up and run with no clothes on," Rudd said.

Abrams and Jeffrey also would shoplift items and then "return" them for money, police said.

Bonds for Abrams and Jeffrey – who is pregnant, according to her attorney – were set at $100,000 each Friday. More charges were expected.

Police said they were going through the truck for evidence. The license plate was stolen.

Friends said they believe heroin could be behind their actions.

“I was shocked to see him on the news yesterday, I really was,” Jennifer Freeman said. To see him stealing from people to support his habit, I cried.”