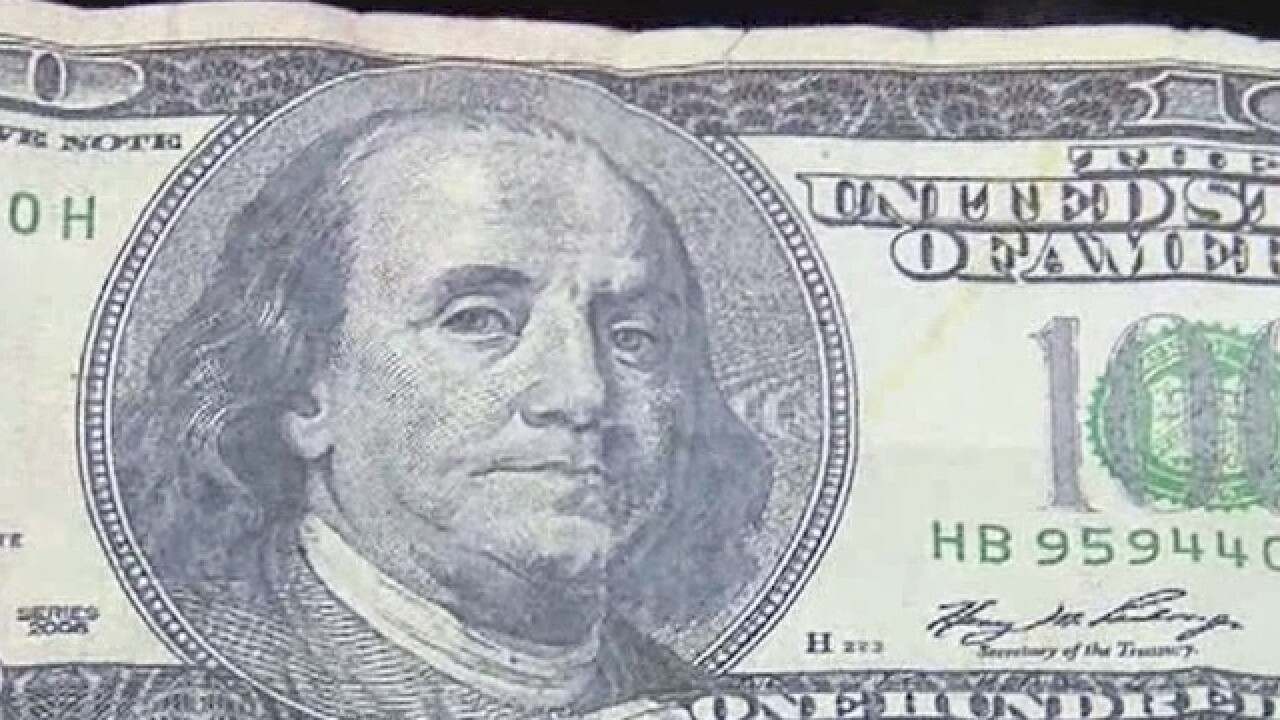 BELLEVUE, Ky. – Police in Northern Kentucky are warning of a counterfeit cash trend that may be harder to spot than many people would expect.

One cashier at Lee’s Famous Recipe in Bellevue was smart enough to see something wasn’t right. A customer attempted to pay for his meal with a $100 bill that was technically real money. However, when she held it up to the light, she noticed the magnifier strip running through it stated it was a $10 bill, according to Detective Alanna Bass.

The cashier called police and the customer took off.

Police said someone bleached a real $10 bill and printed it to look like a $100 bill.

Bass showed how to spot a bogus bill, rubbing it on a piece of paper to demonstrate how the ink will come off.

“I would definitely check it before you give anybody cash back, especially if it’s a $100 bill and giving a lot of change,” Bass said.

Police in Alexandria were also investigating a counterfeit cash case. Bellevue police encouraged anyone with information on the source of the fake bills to come forward.