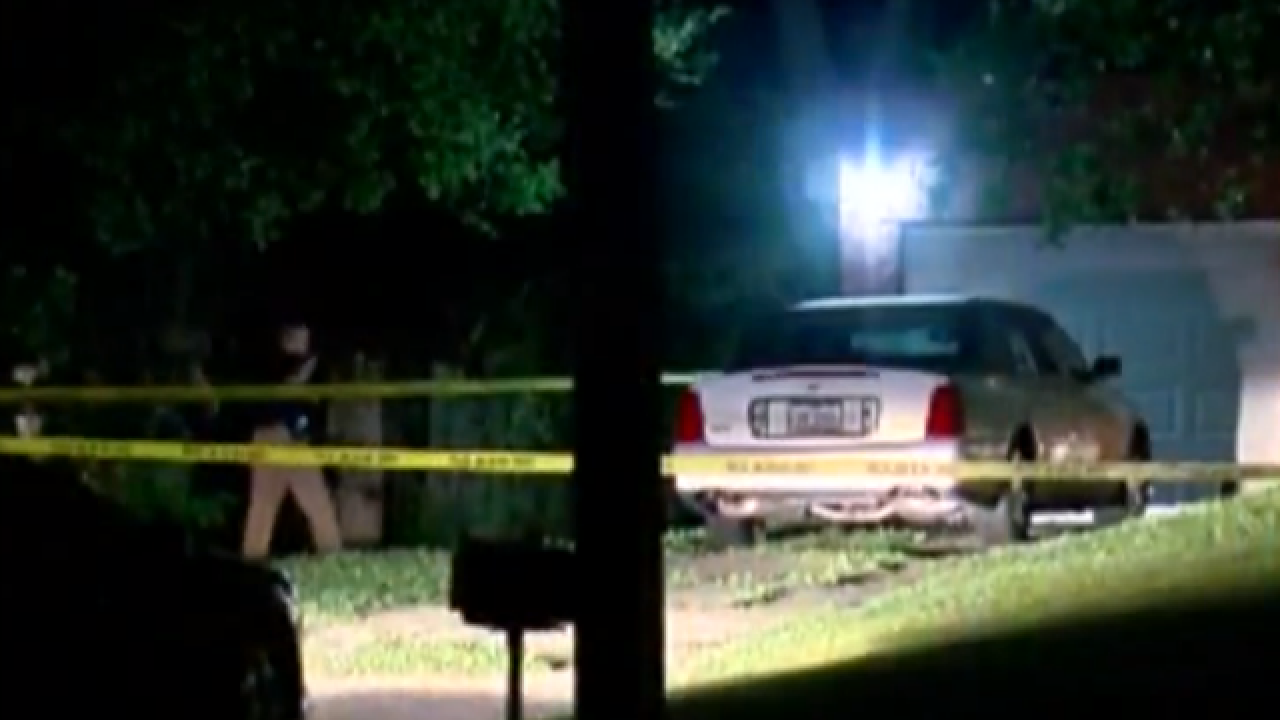 COLERAIN TOWNSHIP, Ohio -  An 82-year-old Korean War vet says he didn't shoot to kill the man trying to kick in his front door at 3:30 Sunday morning.

Erwin D. Cardenas, 32,  of Miamisburg, Ohio, should be grateful for that.

The Compton Road homeowner told WCPO Monday that the man banging on his door woke him from his sleep. He said he grabbed his .38 Smith & Wesson and gave several warnings before taking aim at the man's left shoulder.

"There’s a small window (in the door) and I told him to get out and he kept trying to get in, so I just let him have it in the shoulder,"  the homeowner said. "I mean, I didn’t try to hit his vital parts or anything like that."

Legally, he probably had a right to do just that. Cardenas had entered the porch door and broken open the storm door, the homeowner told police.

But it was all a mistake, Cardenas said. Cardenas told police he was staying at his uncle's house and they had been drinking and he got confused, said Colerain PIO James Love.

"He stepped out for a smoke and got confused as to which house he was going to and went back into this other house," Love said.

When he talked to police, Cardenas said he thought his uncle's roommate had shot him. Police checked and determined that Cardenas' uncle lives nearby on Pippin Road, but judging from Love's comments, police were not convinced by Cardenas' story.

"If you talk to the homeowner, the homeowner made it very clear who he was, showed himself to him, so we're not real sure," Love said.

The homeowner's son told WCPO his father won a shooting medal in the service and stays in good shape.

"He can handle himself really well for 82," he said. "This man was spared his life by my father. Hopefully this guy will take this opportunity to turn his life around.

"But the big picture here is I want to encourage people to protect themselves. It's our right. You have to exercise it. My father did and he lived to see another day," he said.

Cardenas was charged with burglary, and a judge set his bond at $5,000 Tuesday morning. The judge also ordered him to stay away from the home. As detectives considered charges, they weighed how aggressive he was. Was he trying to get in despite clear warnings?

The shot knocked Cardenas to the ground and he staggered away, the homeowner said. Police found him in a front yard a few houses away and ordered him to stop. Cardenas did not resist and had no weapons, police said.

He was transported to  University of Cincinnati Medical Center and treated for a non life-threatening injury.

The homeowner called 911 after the shooting  and reported the incident:

Homeowner: Someone was ... black man in a kind of chartreuse shirt broke into my house.

Operator: Do you know this person was?

Do you know this person was?

I don't know what you're saying.

Oh, no. Never seen him before in my life. Black guy. And I shot him in the shoulder, and he went running back out. He fell down and ran out, and he started going up the street, in the next yard, next door to me. I don't know where he's going from there. I'm not going outside.

When asked if he needed an ambulance, the homeowner said he didn't have any injuries. "I'm fine," he said. "I'm just, you know, a little... a little nervous.

The operator also asked him to secure his weapon before officers arrived. "Sure, I'll empty the weapon," he said.