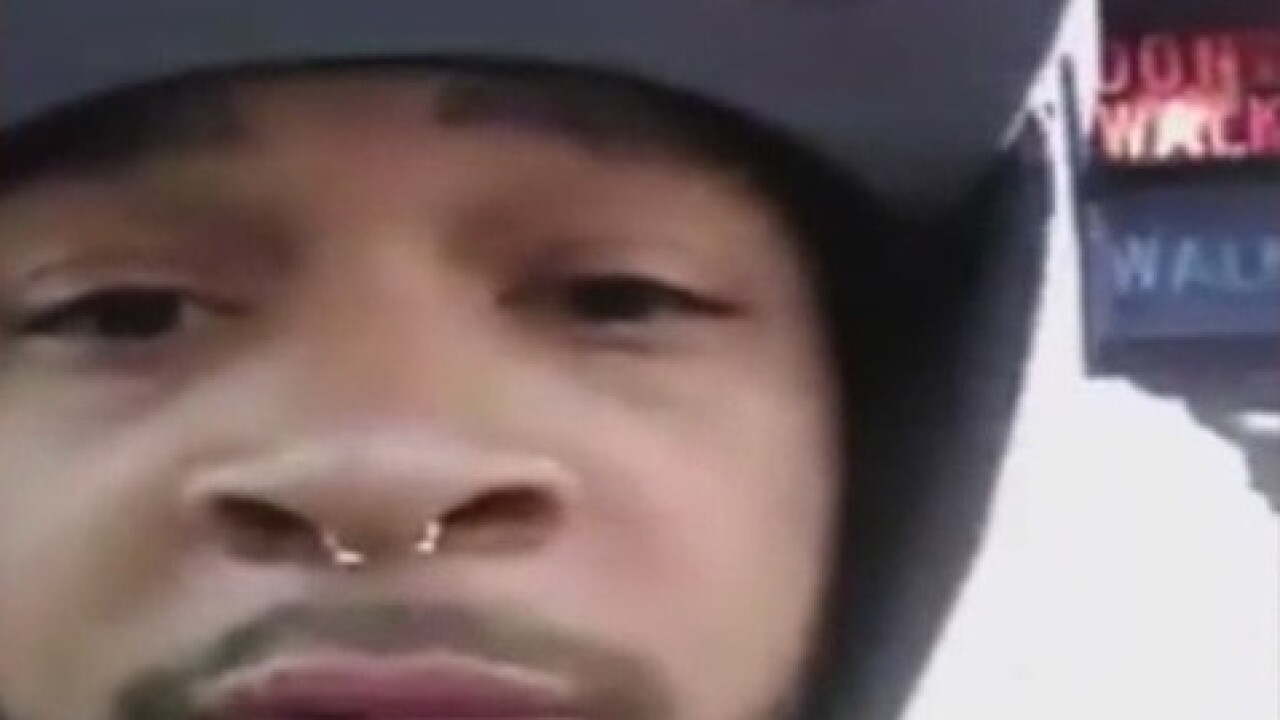 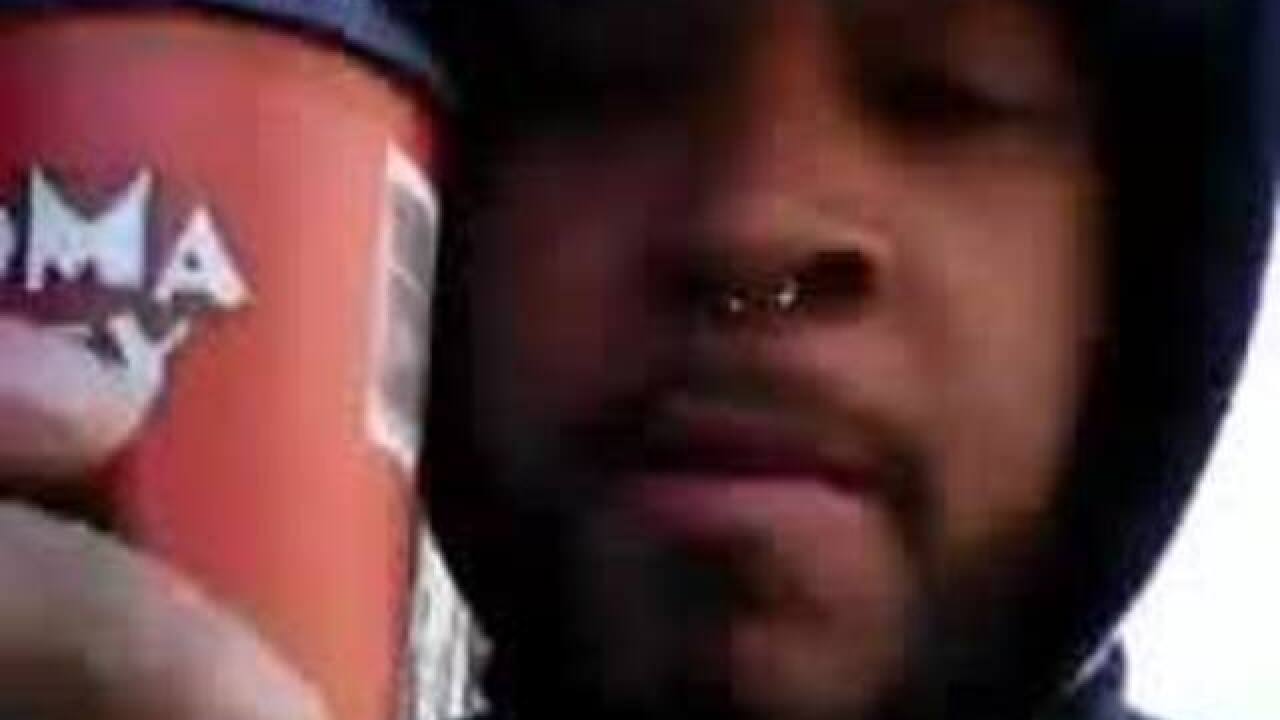 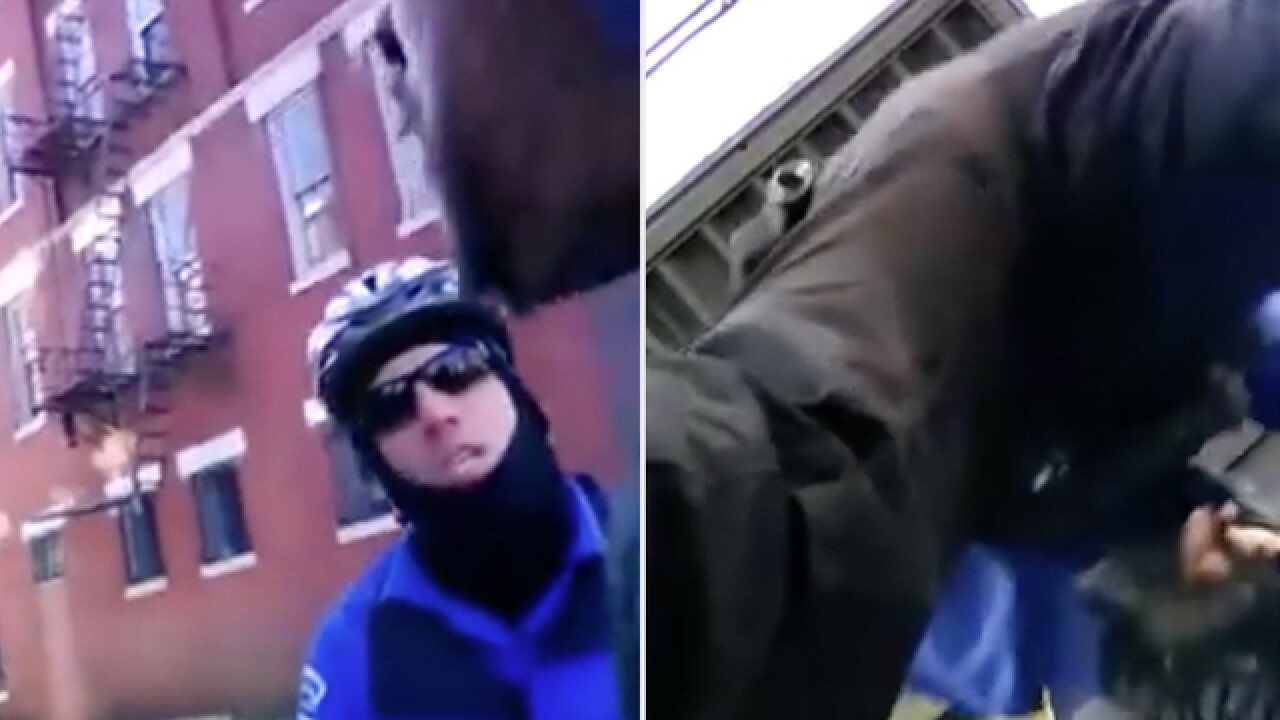 WARNING: The above videos may contain explicit language.

CINCINNATI -- A man Cincinnati police say they stopped for a jaywalking violation claims he was the victim of racial profiling.

Charles Harrell, 29, of Colerain Township, Ohio, recorded his Feb. 6 encounter with police and posted the video to Facebook on Monday.

In the video, Harrell says he got a cappuccino and was walking in Downtown Cincinnati when an officer asked him if he had a problem.

"This is what we have to go through in Cincinnati -- harassment," Harrell says. "Can't even be a black man, enjoy your morning because the police going to harass you."

About 30 seconds into the video, Officer Baron Osterman approaches Harrell and alleges Harrell crossed against the light.

During the subsequent encounter, which you can watch in the media player above, Osterman tells Harrell not to reach for his pockets and set his things on the ground. Harrell tells Osterman his constitutional rights are being violated.

Osterman: I’m trying to get on the radio.

Harrell: I didn’t do sh**. He followed me all the way down from the store. He’s violating my constitutional rights, my human rights and my civil rights. I’ve got 13 years in a f***ing penitentiary. You can’t do this stupid a** sh** to me. No, no, no, no no no. I came out the store, bought my f***ing cappuccino. He following me and my friend. I went down here. He said ‘you got a problem’…They do this sh** every f***ing day.

Harrell was subsequently given a ticket for a pedestrian violation, and, according to criminal complaints filed by Osterman and Hamilton County court records, he was also charged with obstructing official business, resisting arrest and minor misdemeanor possession of marijuana.

Cincinnati Police Chief Eliot Isaac said, since the department learned about the video, Harrell has been contacted to complete a citizen complaint.

“We take all citizen concerns and complaints seriously," Isaac said in a news release. "As such, the incident is under investigation by both the Internal Investigations Unit of the Cincinnati Police Department and the Citizen Complaint Authority, which provides a neutral, independent review of the incident."

In Facebook posts from earlier this week, Harrell again refers to officers as "f***ing pigs."

A photo, apparently taken inside the Hamilton County Courthouse, is captioned: "Look at these Pigs y'all I'm at court after I beat this sh** I will post the video of how they did me #‎lawsuit"

A contempt of court complaint was filed Friday against Harrell because of that photo. In an affidavit, Bernadette Longano, an assistant city prosecutor, said she witnessed Harrell taking photos in the hallway of the courthouse Monday and recognized the photos when she was shown them Friday. The use of cell phones, cameras and other electronic devices is prohibited in many areas of the courthouse.

Cincinnati Police Sgt. Dan Hils, president of the Fraternal Order of Police Local 69, viewed the video earlier Friday and said Osterman did not violate any procedures or protocols during his encounter with Harrell.

"Everything I saw, I didn't see anything that the officer did that was wrong," he told WCPO.

WCPO has reached out to Harrell for comment. Lt. Steve Saunders, Cincinnati police spokesman, said neither Osterman nor CPD would be at liberty to discuss the criminal case until it is resolved.

Osterman was one of six officers involved in the arrest of Nathaniel Jones in Nov. 30, 2003. Jones died during a struggle with the officers in a restaurant parking lot. A coroner's report attributed Jones' death to abnormal cardiac rhythms resulting from the struggle and positional asphyxia. The report also found Jones was morbidly obese, had hypertensive heart disease and had cocaine, phencyclidine and methanol in his system.

All six officers involved were returned to duty Dec. 8, 2003.

In a subsequent civil suit Jones' estate filed against the city and the officers, the Sixth Circuit Court of Appeals found Osterman "did not act objectively unreasonably in striking and jabbing an aggressively resistant Jones before handcuffing him" and that none of the officers disregarded Jones' medical risk.