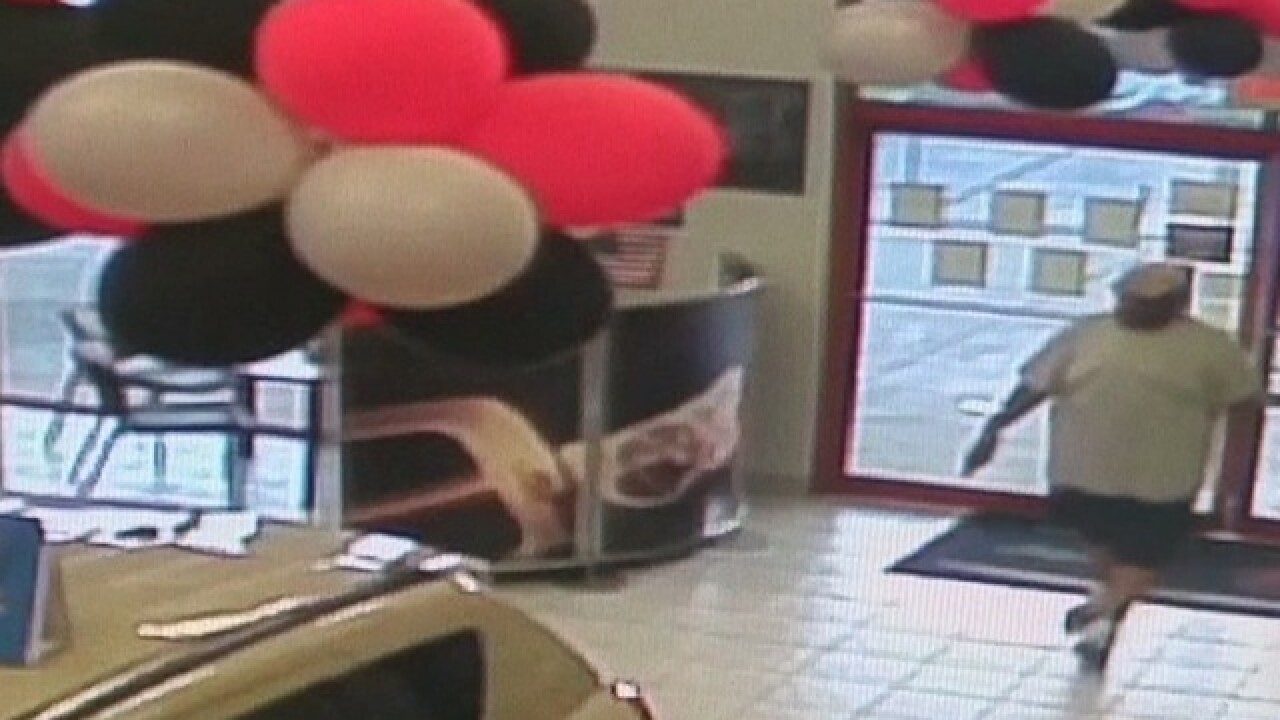 GRANT COUNTY, Ohio -- The Marshall Auto Group is offering a $1,000 reward for a thief with a simple but slick scheme.

Dealership owner Rob Marshall said the thief showed up Thursday, posing as a customer. He was interested in a 2016 Chevrolet Impala on the lot, so a salesman let him take a look.

Marshall said that's when he made a swap.

"He gave us the same set of keys to a different Impala somewhere, so obviously, he had scouted the lot before to know what kind of car he wanted," Marshall said.

The keys were nearly identical. A few hours later, once the dealership closed for the night, surveillance video caught the same man returning with a partner. They headed for the same Impala he checked out earlier in the day. The thief and his partner were on the lot for just two to three minutes.

"This the first time that we've had someone come in and do the key switch," Marshall said. "We've had a car hot-wired in the past, but it doesn't happen often."

According to investigators, it's not the thief's first time striking: Loveland police say a red conversion van the man initially drove was also reported stolen.

"He had given me the rundown of how they actually took the red conversion van -- similarities, very similar," Grant County Deputy Kevin Burke said.

Marshall Auto Group may change its car key policy to require a copy of a driver's license. Police are warning other dealerships of the theft trend and are asking for help catching the thief.