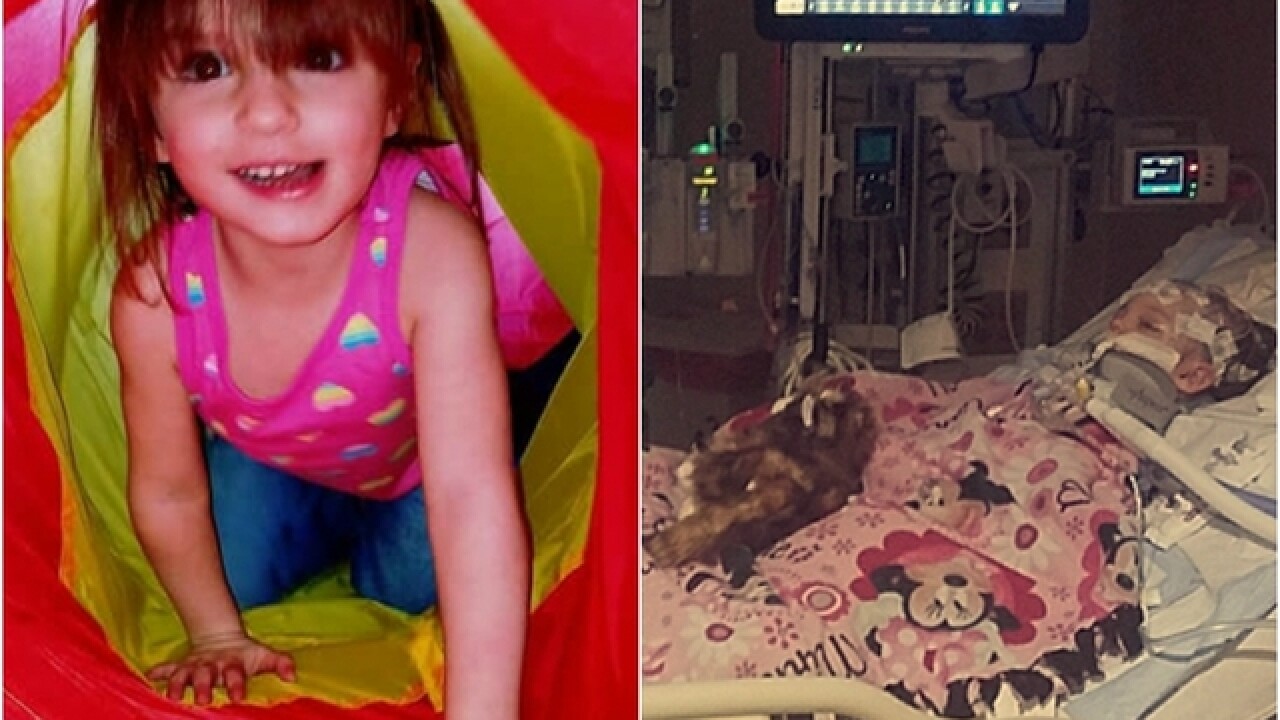 CINCINNATI -- A family is mourning their 3-year-old girl, and Butler County officials are expected to bring new, more severe charges against her baby sitter.

Hannah Wesche’s father told WCPO his daughter was pronounced dead at 12:15 a.m. Sunday. Jason Wesche didn’t want to be interviewed but he did send us this statement:

“She was a big part of our family. She meant everything to everybody. This is just an extremely difficult time. We just hope to god she is in heaven with him and ask for continued prayers.”

As for the suspect, Lindsay Partin, 35, of Hanover Township, is accused of striking and shaking Hannah on March 8 when the child had to be rushed to Cincinnati Children’s Hospital.

Partin has been free on bond since Thursday.

“These cases affect everybody involved,” Gerhardt said. “The detectives that have to go there, and deal with this on a personal level. They’re hard. These are kids. You don’t have an understanding of why this happens all the time. You take this home with you, Everybody does.”

The Butler County Sheriff's Office said emergency crews and sheriff's detectives were called to Partin's home March 8 for an unconscious child. In a 911 call, Partin told the operator she had no idea what happened to Hannah: The girl passed out and went limp after she got dropped off, she said.

Paramedics and a sheriff's official said they found Hannah unresponsive, with labored breathing and bruises on her face and other parts of her head.

Partin admitted striking Hannah and said she'd fallen and struck her head on a concrete garage floor the previous day, according to Sheriff Richard Jones.

Relatives said Partin was a neighbor and someone the family had trusted to care for Wesche for several months.