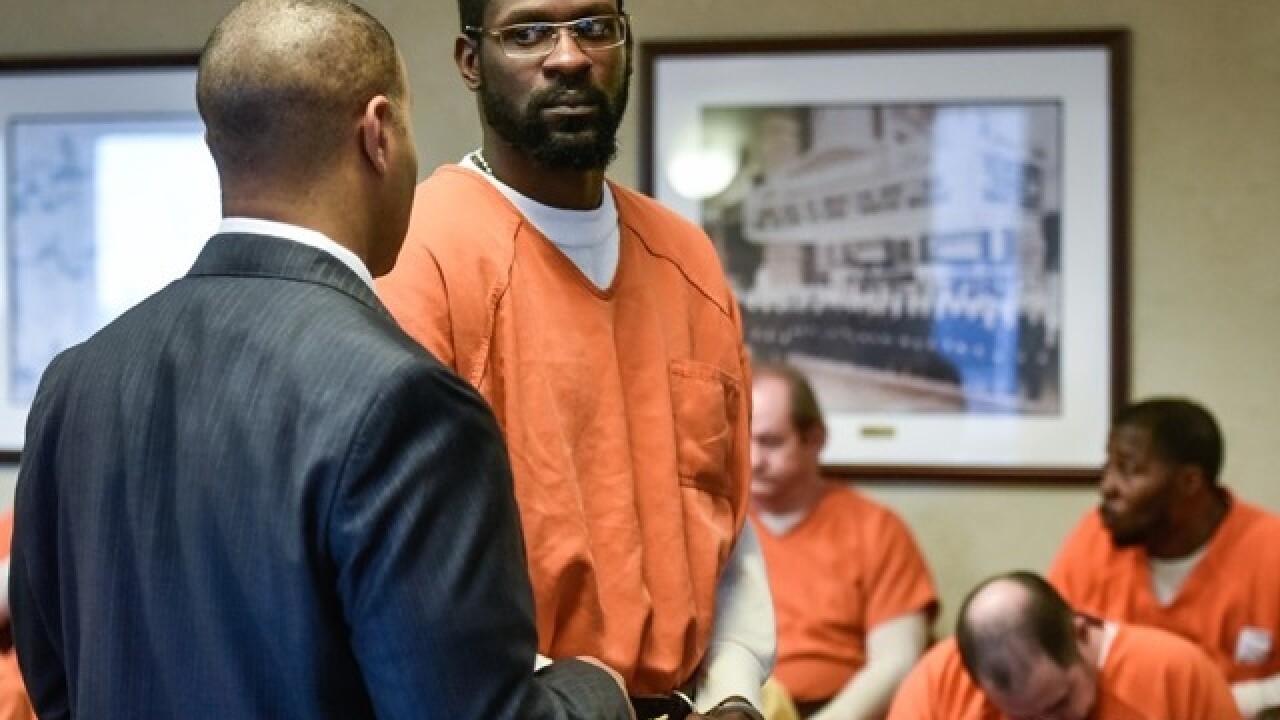 Copyright 2018 Scripps Media, Inc. All rights reserved. This material may not be published, broadcast, rewritten, or redistributed.
Nick Graham | Journal-News
<p>Dorrico Dawaun Brown entered a guilty plea Monday, April 9, 2018, in the death of his 1-year-old son. Toxic levels of drugs were found in the baby’s system when he died last May.</p>

BUTLER COUNTY, Ohio -- A judge sent a Trenton man to prison Wednesday for the death of his son after toxic levels of drugs were found in the child’s system.

Brown will receive credit for time served in the Butler County Jail. He has been in jail since his arrest in August following the death of 1-year-old Dorrico Brown Jr. in May 2017 at a Hamilton home.

A toxicology report on Brown Jr. from the coroner’s office indicated the child tested positive for opiates, benzodiazepines and antihistamines at the time of his death.

Both defense attorney Lawrence Hawkins III and Assistant Butler County Prosecutor Kelly Heile said it is not clear when the child ingested the drugs.

Howard noted that Brown has a previous criminal record and that drugs were left around the house that could be accessed by the child.

The judge said that he hopes Brown will talk to people in prison and when he is released about what has happened to his family.

"It just goes to show you there continues to be innocent victims of the drug trade and drug trafficking. I wish you the best of luck," Howard said to Brown.

Hawkins said Brown is very remorseful and said this was not an intentional act.

"This is a tragic loss … there is a hole in his heart that cannot be filled," Hawkins said. "The reality is Dorrico has already suffered the worst punishment that anyone can have."

Brown stood with his head down and was crying as he was sentenced.

Brown was a good father who loved to spend time with his son, Hawkins said, noting the mother of the boy, Charmaine Burns, wrote a letter telling the judge as much.

Burns was in the courtroom, but declined to speak and declined comment after the hearing.

Before sentencing, Brown told the judge he takes responsibility for what happened.

"It is just a lot," Brown said, turning to his son’s mother and saying, "we will get through this."

In a 911 call to dispatchers, Brown said, "My son is just freezing cold and I don’t think he’s even breathing. He was taking a nap and I came in here and he’s just cold."

Hawkins said Brown performed CPR on the boy but he was never revived.

The baby did not live with Brown. He was visiting the baby at his home in Hamilton at the time of the incident.