Jones denies all charges in court 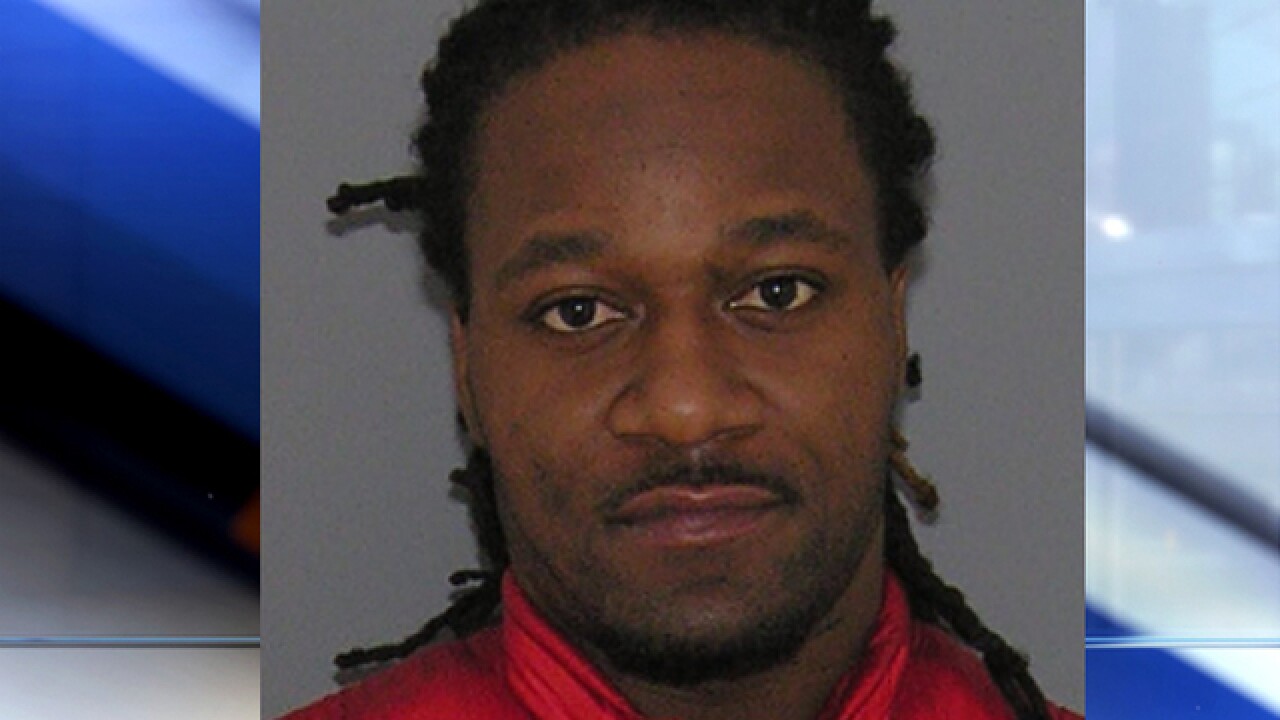 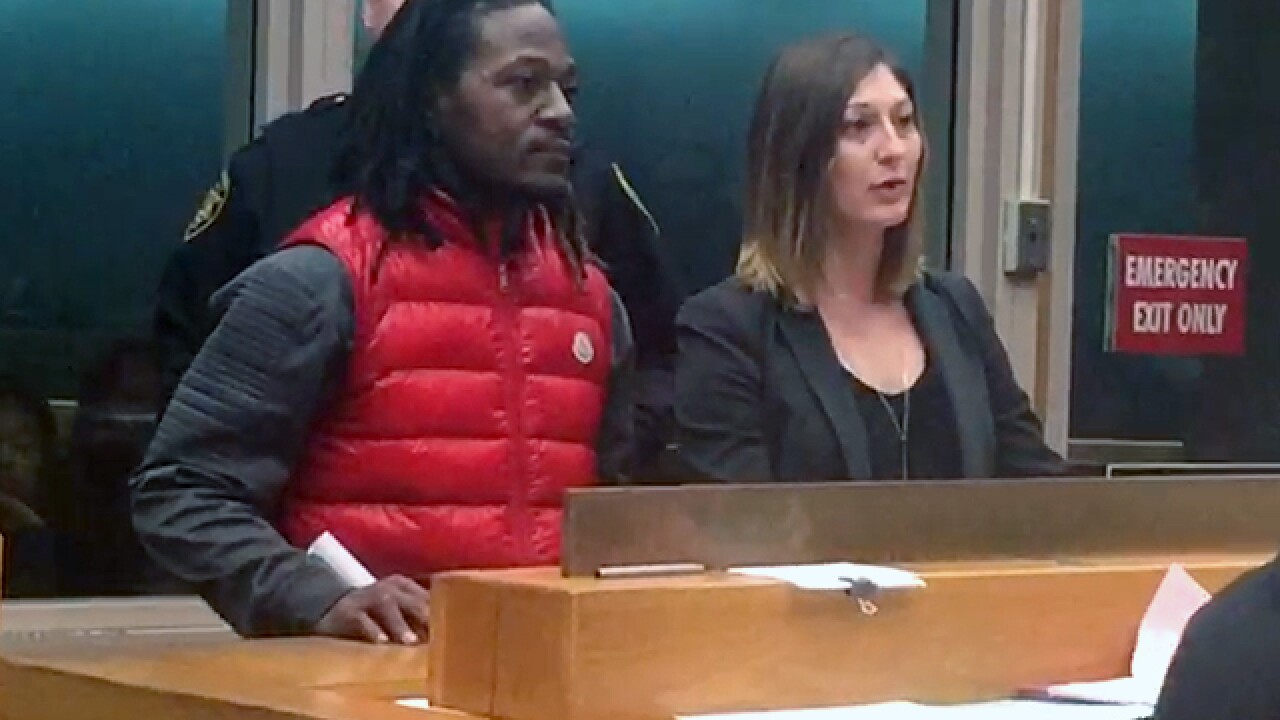 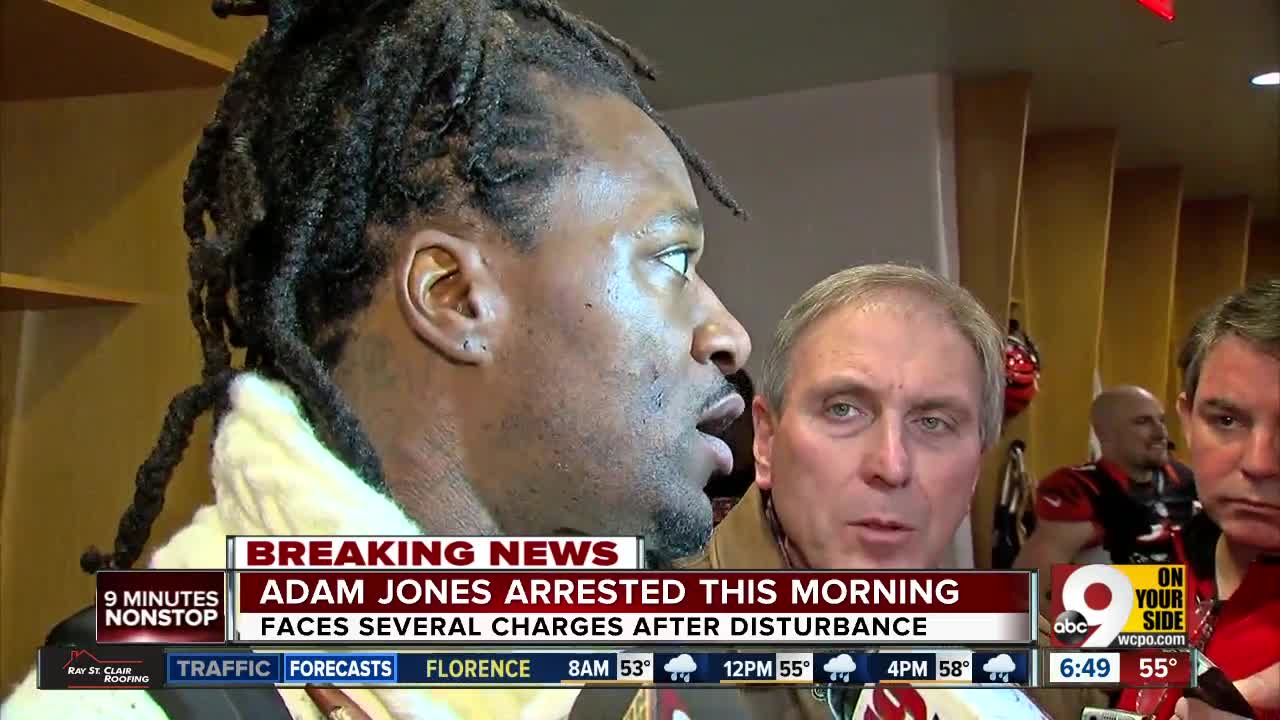 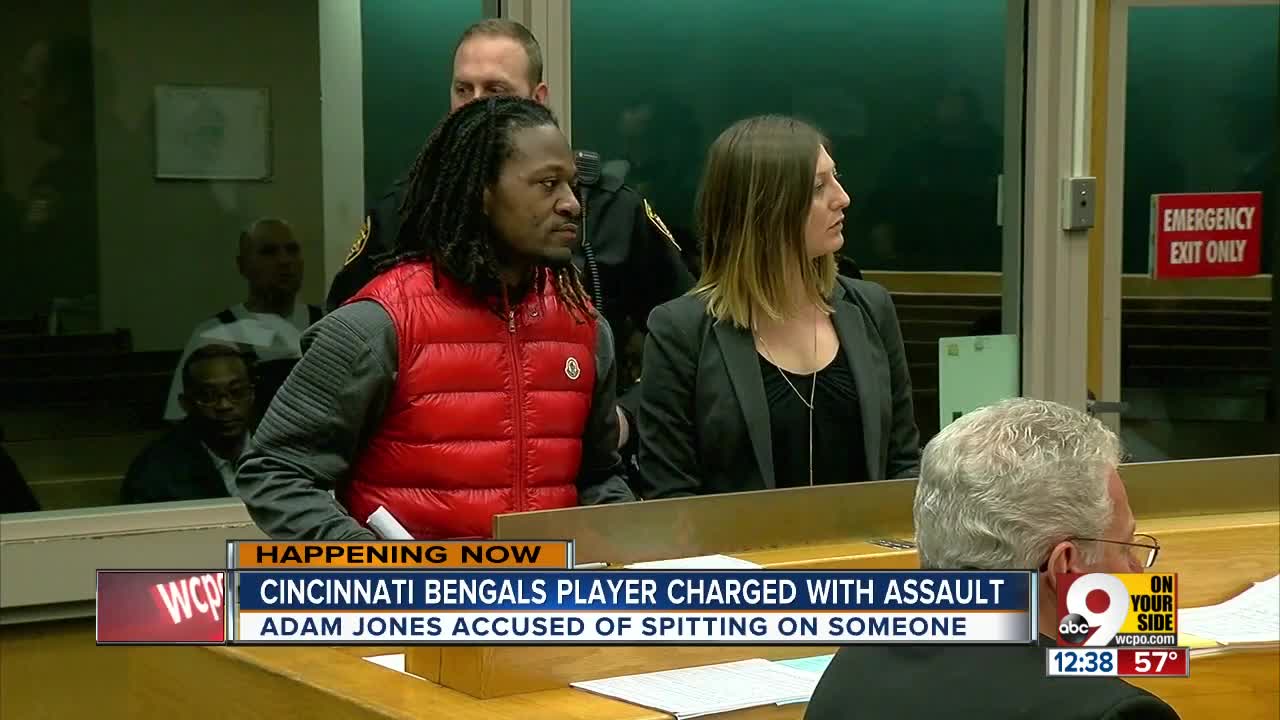 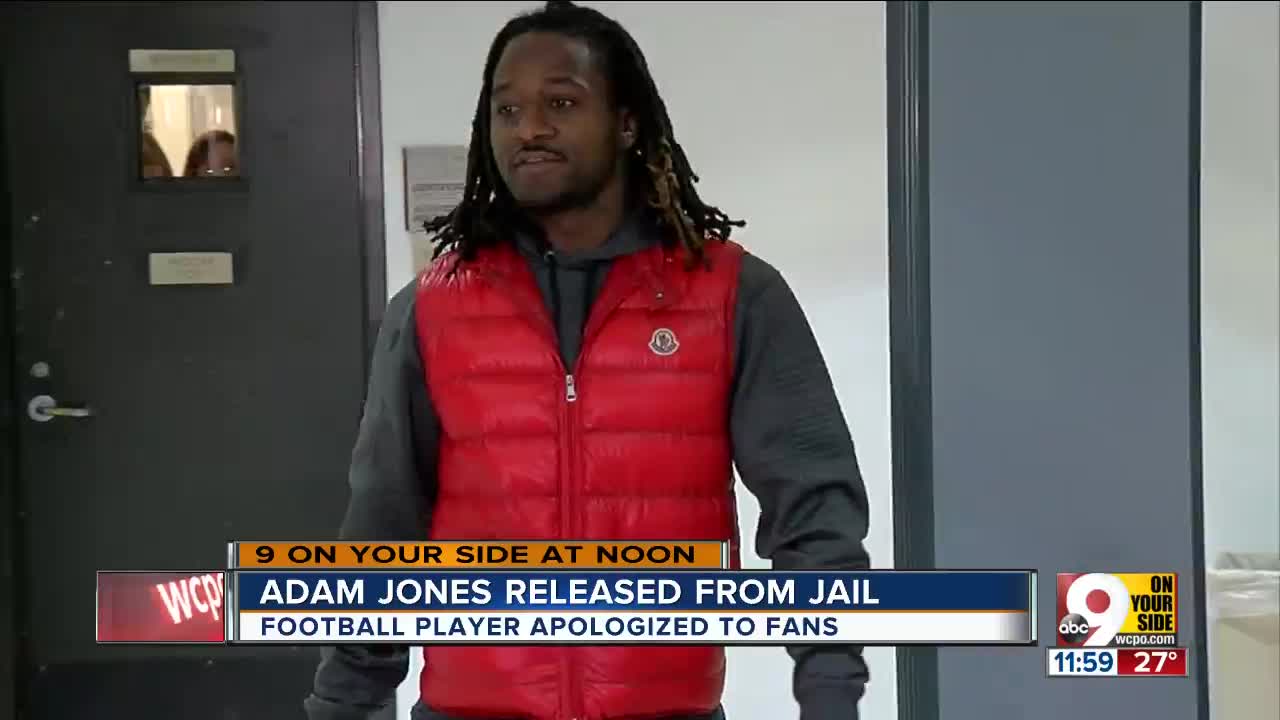 CINCINNATI -- Bengals cornerback Adam Jones apologized to fans Wednesday morning as he was being released from the Hamilton County Justice Center. He had been ordered to stay at the jail overnight as he awaited a court-ordered blood test and is free until he appears before a grand jury on Jan. 13.

“I’m sorry that this happened, and it’d be different for beating people’s a**, but for touching someone, come on," Jones said.

#BREAKING: Adam Jones released from jail. He had this to say to fans. (Warning: language). @WCPO pic.twitter.com/O7xMp7zsIl

Jones denied all charges in court Tuesday morning, saying he has witnesses that will help him debunk charges of assault, disorderly conduct and obstructing official business after he was arrested around 12:30 a.m. Tuesday.

The 33-year-old Bengals cornerback -- once nicknamed "Pacman" -- stands charged with assault for “pushing and poking (a security guard) in the eye," according to court documents. The incident happened near the Millennium Hotel on West Fifth Street.

Jones denies all charges. Lawyer says he has witnesses that will help him dispute the claims. @WCPO

The documents also say Jones refused to enter the police cruiser by pulling away, kicking and head-butting as he was being arrested.

While Jones was being processed into the Hamilton County Justice Center, documents say he spat on a nurse’s hand, resulting in the final count of harassment with a bodily substance. He appeared in court at 9 a.m. Tuesday, where a judge set his bond at $37,500.

"Mr. Jones was disorderly and combative throughout the booking process, eventually requiring him to be placed in a restraint chair," a statement from the sheriff's office said.

The judge also ordered a blood test of Jones to test for HIV, STDs and TB, according to court documents. Sheriff's office spokesman Mike Robison said the test "is consistent with any inmate being charged with being disorderly." Robison said the medical staff was unable to perform the test until Wednesday morning, so Jones remained in custody until that time.

"Whether someone is a professional athlete, a blue-collar worker or homeless, our staff will treat them with respect and we expect the same," Sheriff Jim Neil said in a press release. "Regardless of who they are, if they endanger my deputies, our medical staff or themselves, we will take action."

PJ Combs, Bengals spokesman said "The (Bengals) considers it inappropriate to comment on ongoing legal matters." Combs would not comment on what the arrest means for Jones or the team.

This arrest comes after a few years without legal trouble; at one point, Jones had one of the longest rap sheets in the league.

The Atlanta native has racked up other assault and disorderly conduct charges dating back to his college days in West Virginia. Most of his arrests stemmed from nightclub altercations.

Jones' most noteworthy incident resulted in a $11 million payout and a year's suspension from the NFL. In 2007, Jones was "making it rain" in a Las Vegas strip club with rapper Nelly, but later became angry with the dancers, police said. He was kicked out of the club. Later in the evening, a gunman returned and opened fire in the club. He was recognized as a member of Jones' crew, police said.

Jones was arrested in Cincinnati in 2011 after a night out, in 2012 while traveling on State Route 125 and in 2013 after a Reds game. He was escorted out of Hollywood Casino in 2015, but he was never charged with any crime related to an alleged fight that took place.

Jones' most recent trouble was on-field, however -- he was fined almost $29,000 after the 2016 Bengals-Steelers Wildcard playoff game for an altercation with Steelers linebackers coach Joey Porter. His fine was reduced to $12,500; Porter was also fined $10,000 for the scuffle.

Jones signed with the Bengals in May, 2010. He was first drafted by the Tennessee Titans in 2005, then traded to the Dallas Cowboys in 2008, who cut him in 2009. He played in the Canadian Football League before he was invited to work out with the Bengals.

Jones re-signed with the Bengals as an unrestricted free agent in March 2016.

The Bengals player has also left a philanthropic mark on Cincinnati: In the last two seasons, Jones bought new Under Armour cleats, socks and equipment for a local youth team and bought 100 bikes for students at Rockdale Elementary.