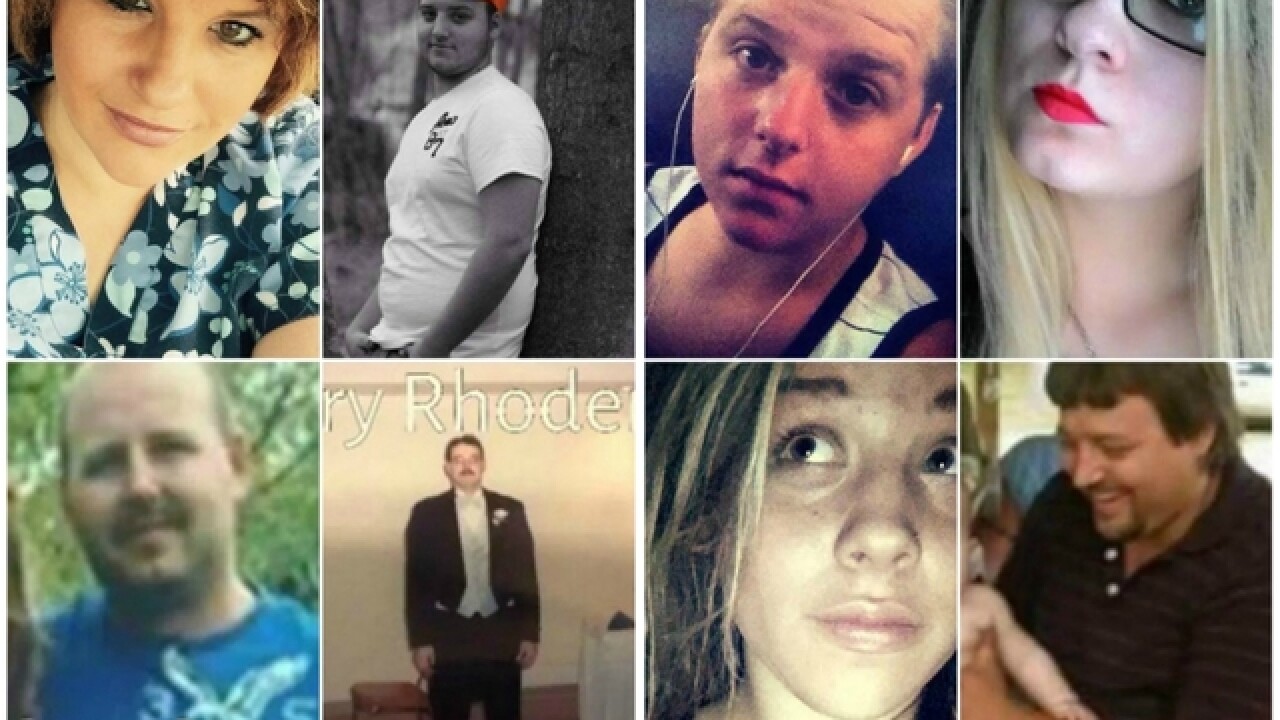 WAVERLY, Ohio -- Redacted versions of the final autopsy reports have been released for the eight members of the Rhoden family who were killed execution-style in April in Pike County.

The only new information released in the reports -- information not found in the preliminary autopsy results released in April -- is all victims, except Hannah Gilley, had paper bags over their hands.

It is not clear if the bags were added by crime scene investigators to preserve evidence or the person or persons who killed the family members.

A spokesperson for the Attorney General’s Office said the medical examiner uses bags to preserve any DNA evidence that could possibly be under fingernails.

Former Philadelphia DEA agent Felix Jimenez is not involved with this investigation, but he said whoever murdered the Rhoden family could have placed the bags on their hands to prevent the victims from getting their DNA under their fingernails.

"It's to ensure that they don't leave any DNA evidence like skin, any other hairs, type of evidence that the individuals who committed these crimes could be identified later,"  Jimenez said.

Neither the Attorney General’s Office nor the Pike County Sheriff will reveal who they suspect committed the execution-style murders, but Jimenez thinks a Mexican drug cartel is involved in some way.

“These are professional assassins,” Jimenez said.

Preliminary autopsy results from April showed one of the victims was shot as many as nine times. They also indicated that all but one of the eight members of the Rhoden family killed in the shootings sustained multiple gunshot wounds.

Examine the documents in the box below.

According to Pike County auditor's records, one of those properties is owned by Christopher Rhoden and another is owned by Richard and Melissa Weisel. The third address was not listed in the auditor's database.

Deputies found the eighth and final body at an address on Left Fork Road at another property owned by Christopher Rhoden Sr.

Many of the victims were in their beds when they were shot in the head, "execution style," according to Ohio Attorney General Mike DeWine.

A 4-day-old girl, a 6-month-old boy and a 3-year-old boy were found at the home and safe, DeWine said. The 4-day-old's mother -- Hanna Rhoden -- was next to the child when she was killed.