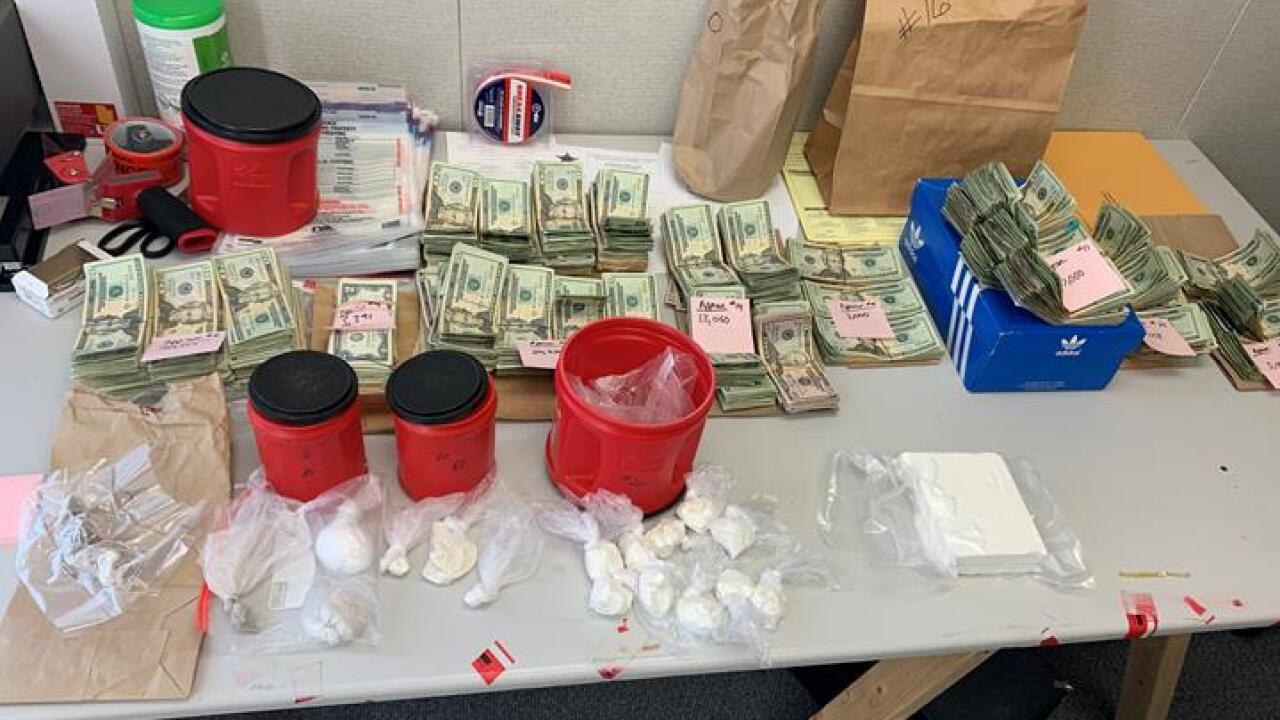 Copyright 2020 Scripps Media, Inc. All rights reserved. This material may not be published, broadcast, rewritten, or redistributed.
Provided
In addition to several drugs, authorities recovered $75,000 and two handguns.

Authorities executed a search warrant and arrested Darrell Seay, 44, on Friday on charges of corrupting another with drugs, trafficking in drugs, possession of drugs and endangering children, Fallon said.

Investigators purchased drugs from Seay several times; three of those times Seay’s two-year-old daughter was in the car while he sold fentanyl, Fallon said.

Seay is being held in the Hamilton County Justice Center.