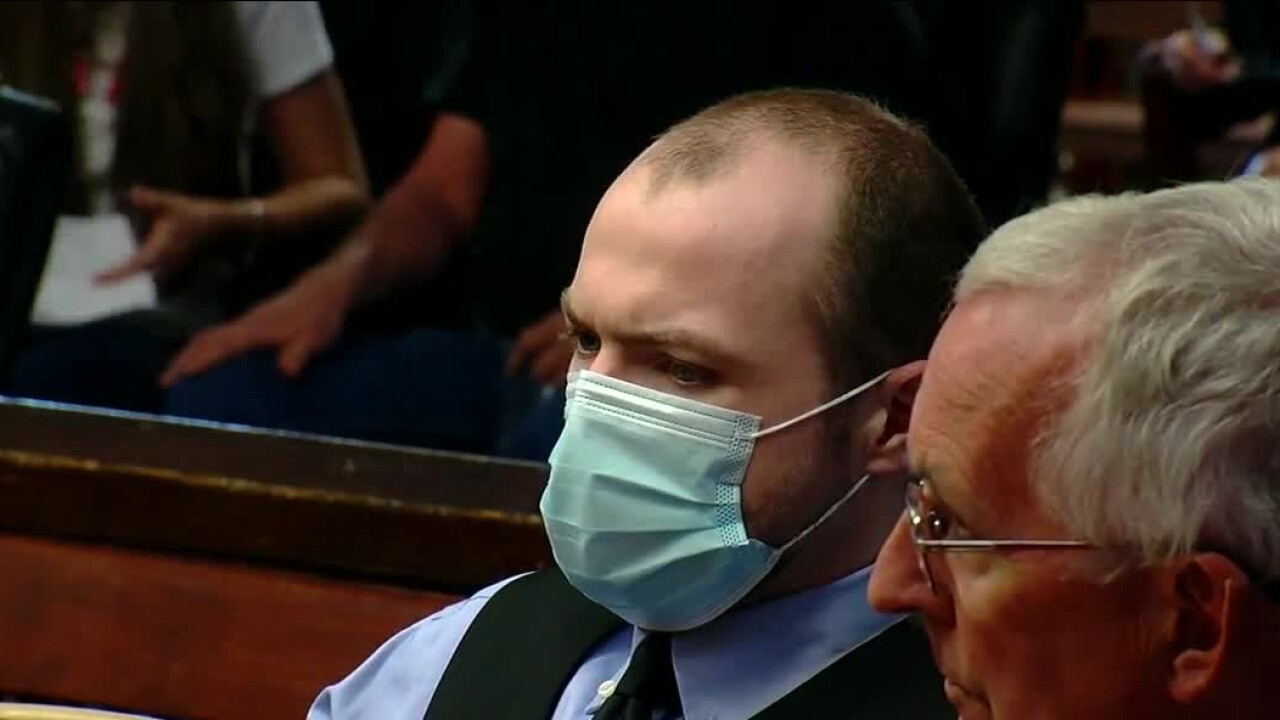 Copyright 2020 Scripps Media, Inc. All rights reserved. This material may not be published, broadcast, rewritten, or redistributed.
Terry Helmer
George Wagner IV appears in court on Monday, Aug. 31, 2020. The judge denied his request to be released on bond.

WAVERLY, Ohio — The attorney of one of the Pike County massacre suspects filed a motion to withdraw from the case so he can retire, according to court documents.

Charles H. Knight, the attorney for George Washington Wagner IV, said in the motion that he wants to retire and the state has informed him that the trial will not happen for at least another year.

George Wagner IV is one of four suspects in the 2016 slayings of the Rhoden family. Wagner, his brother Jake Wagner, 26; mother Angela Wagner, 48 and father George "Billy" Wagner III, 47, each face eight charges of aggravated murder with death penalty specifications and other crimes.

The motion said that Knight will be 74 years old by the proposed time of the trial.

“Counsel cannot and will not permit defendant George Washington Wagner IV to face any possibility of less than effective competent representation in this important case,” the motion said.

The Wagner family is accused of planning and carrying out eight murders at three homes in Pike County.

Gov. Mike DeWine, who was attorney general at the time, said the murders were fueled by “obsession with custody.”

Jake Wagner and Hanna Rhoden, who was 19 when she was killed, had a child together.