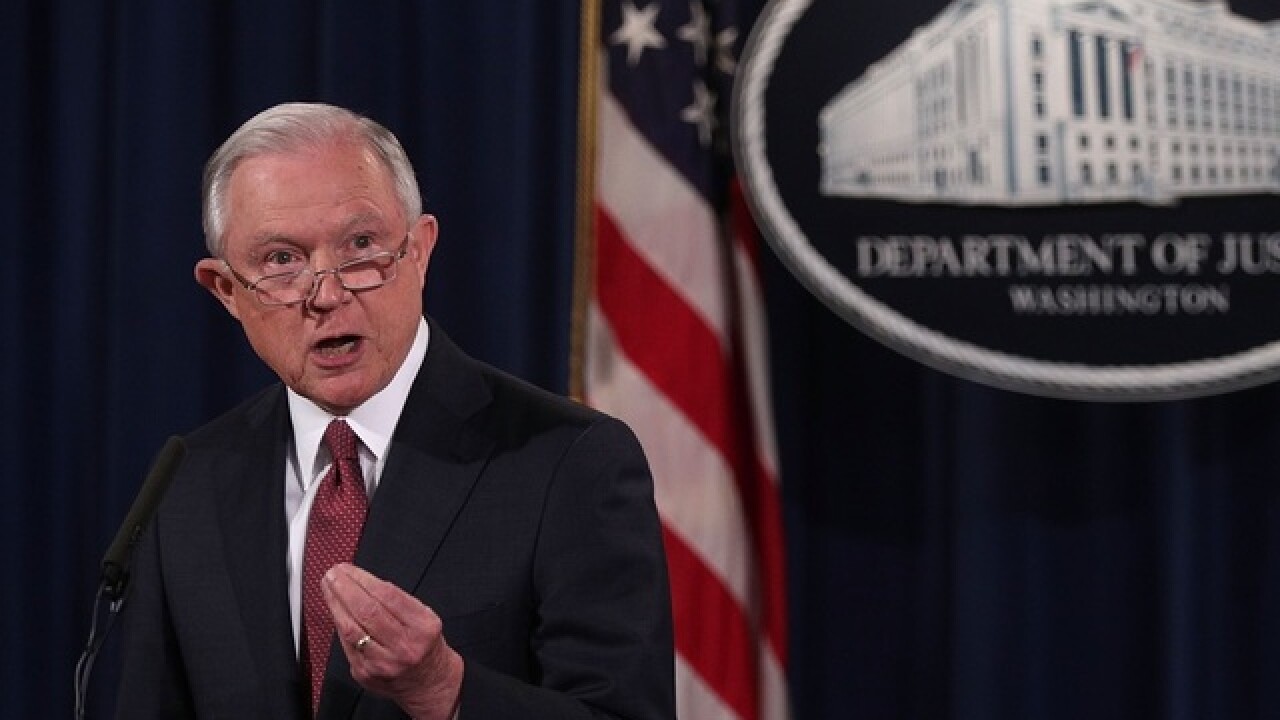 Image copyright 2017 Getty Images. All rights reserved. This material may not be published, broadcast, rewritten, or redistributed.
Alex Wong/Getty Images
<p>WASHINGTON, DC. Sept. 5, 2017. U.S. Attorney General Jeff Sessions speaks on immigration at the Justice Department. Sessions announced that the Trump Administration is ending the Obama era Deferred Action for Childhood Arrivals (DACA) program, which protects those who were brought to the U.S. illegally as children.</p>

Sessions said the 19 men are associated with a local branch of the Crips gang in Columbus. Authorities said 15 of the men are already in custody, including eight in state or federal prison.

Investigators said some defendants orchestrated crimes by phone from prison. Five murders happened between 2012 and 2016.