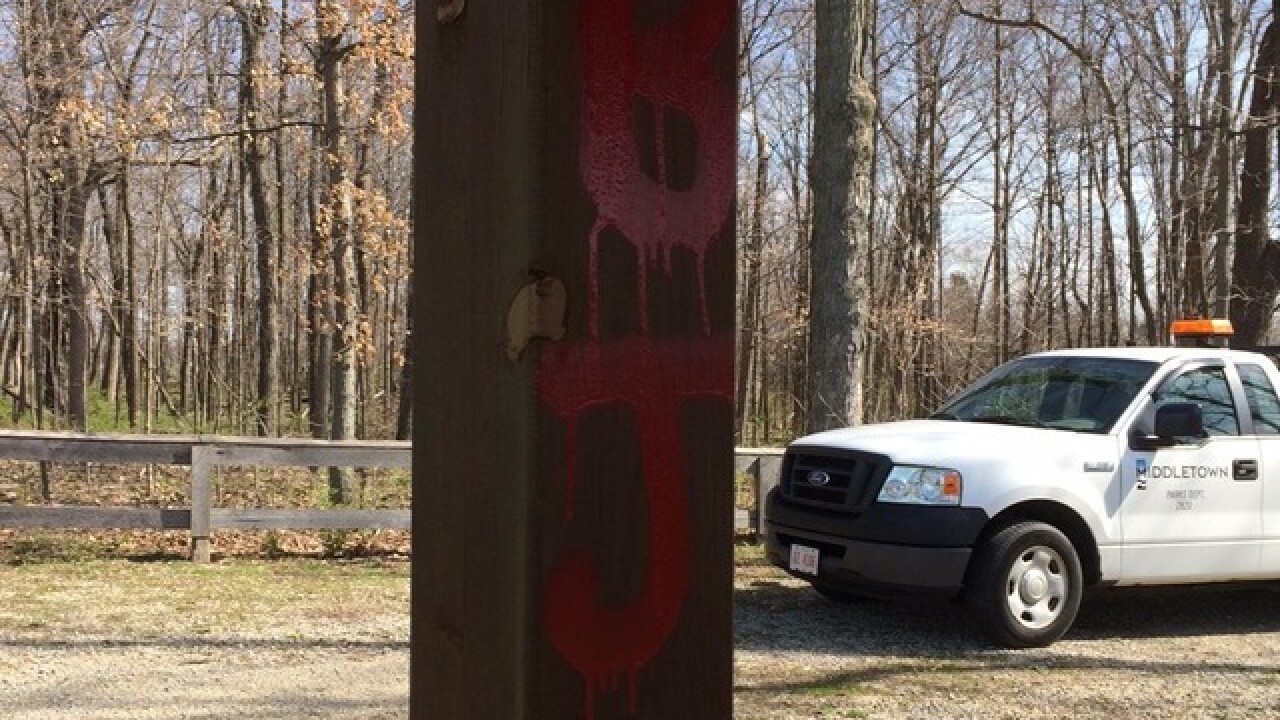 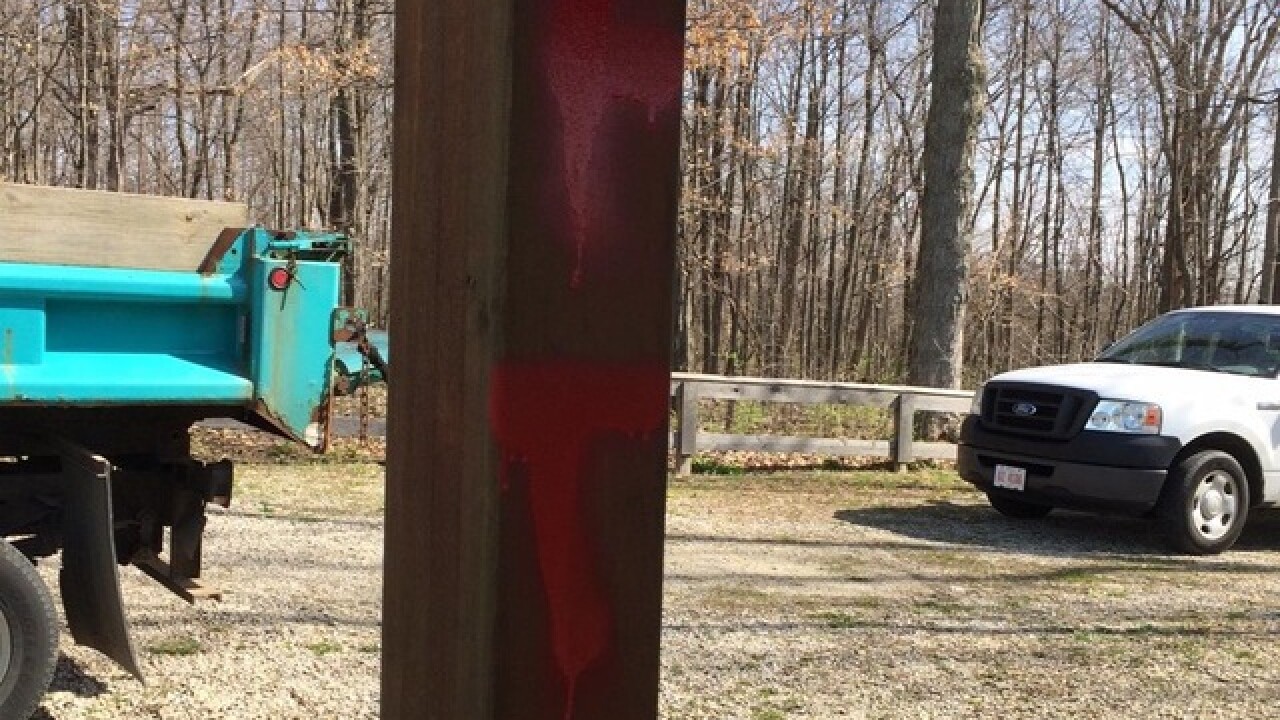 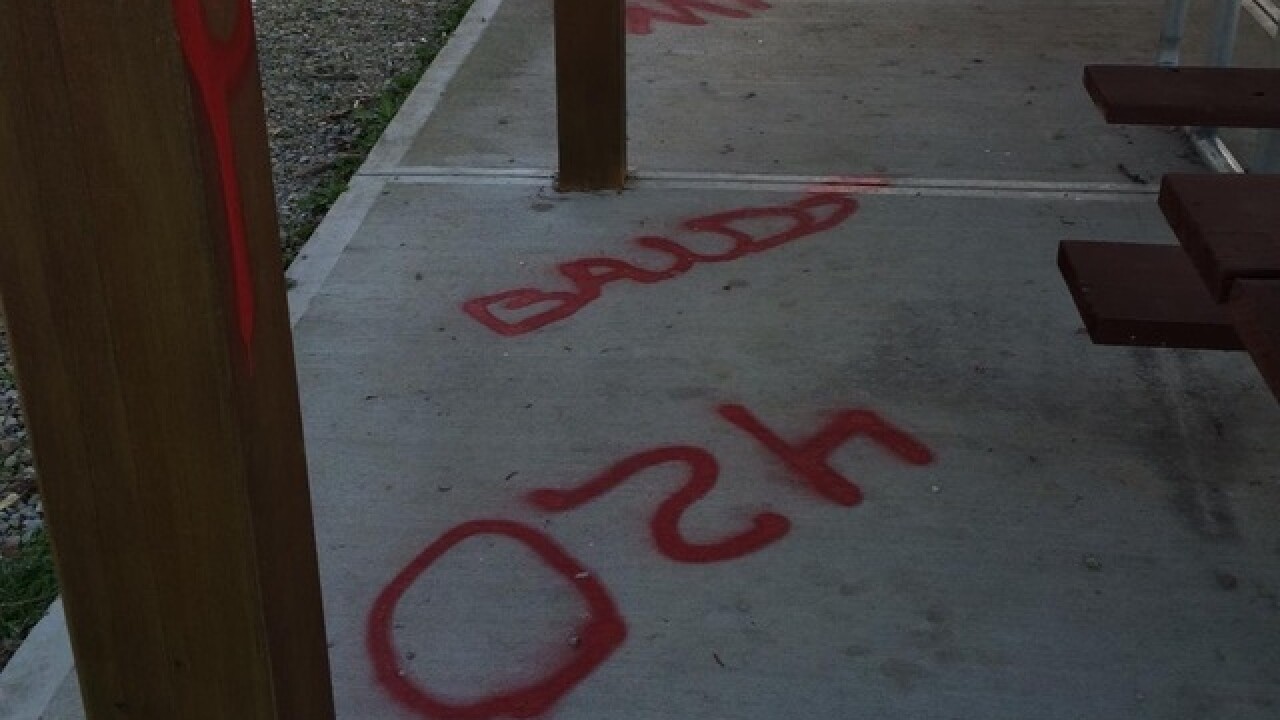 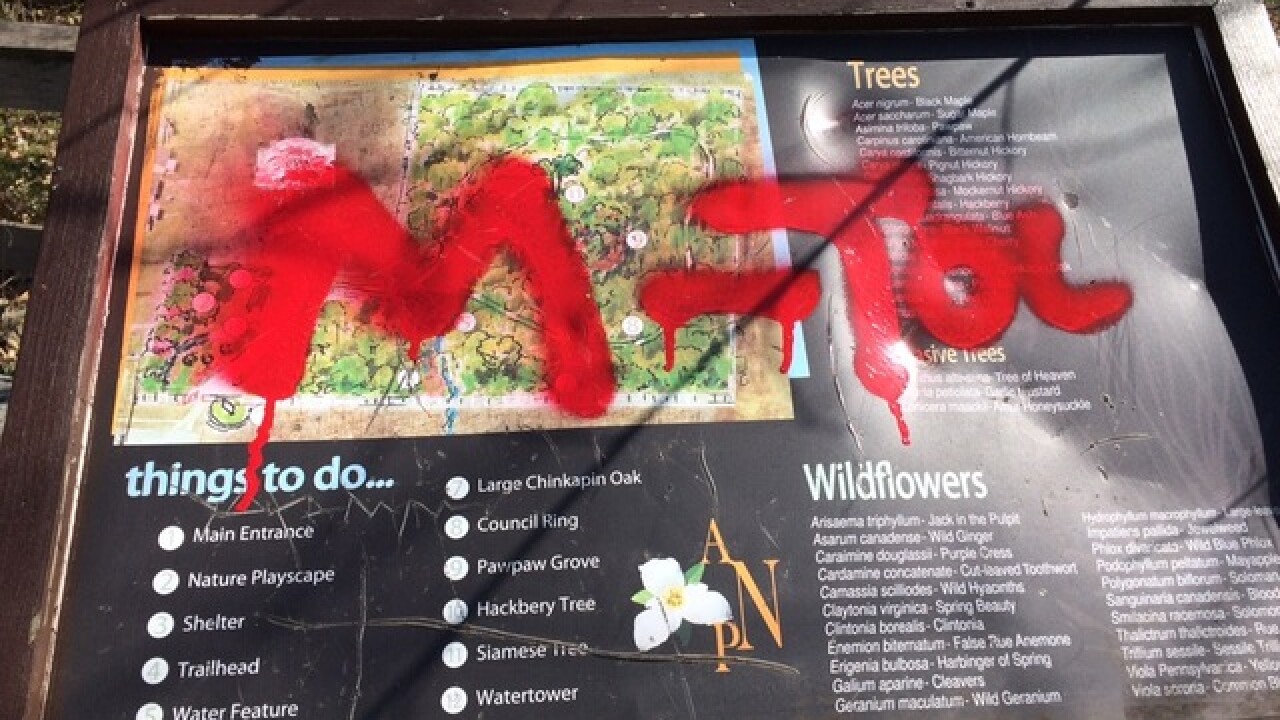 MIDDLETOWN, Ohio -- Donna Beauregard and her crew with Middletown's Parks Department patched up the graffiti on some boulders at Armbruster Nature Preserve last week.

Then, three days later, vandals struck again, spray-painting "MAFIA" and "420" on some pavement, damaging picnic tables and destroying maps and signs. Trees also were tagged, with the word "GANG."

"Everything was tagged,” Beauregard said.

She said she now fears the Parks Department is now engaged in a damaging game of cat-and-mouse with the criminals.

"They saw where we had painted over what they did the first time, so they came back and did it even worse," she said. "It's going be like a contest now, I’m afraid."

In the five years Armbruster Nature Preserve has been around, this round of vandalism is the first real problem, she said, adding that the Parks Department may install motion-activated security cameras.

Police and people who live nearby are on the lookout for whoever is ruining the park's tranquility.

Anyone with information about the vandalism should call Middletown police at 513-425-7766.