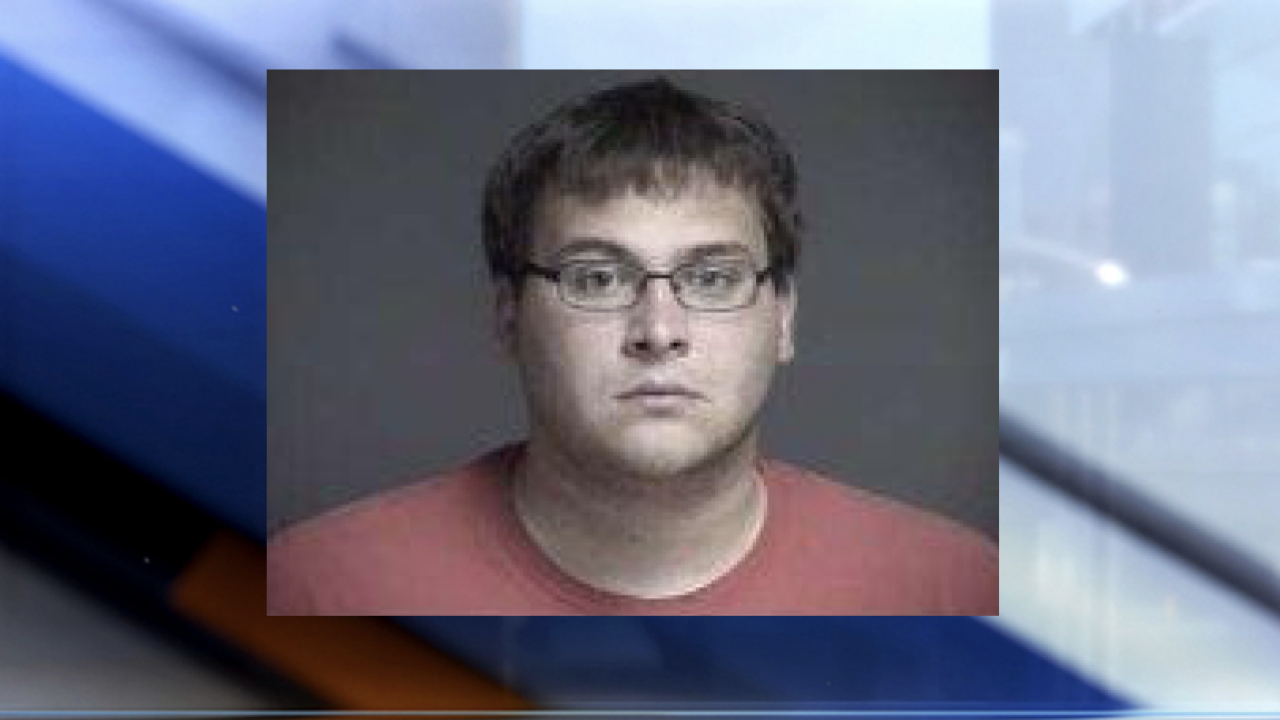 SPRINGBORO, Ohio — The former Springboro gym teacher facing charges of sexually touching 28 first-grade girls in his class had support from a superintendent, principal and a YMCA official when he applied for jobs, the Journal-News reported.

John Austin Hopkins, 25, was nominated for the full-time job by then-Springboro Intermediate School Principal Diane Stacy after Hopkins spent time as a substitute and custodian in the district, according to school records.

His references on an earlier Dayton Area School Consortium application included Stacy, Springboro school Superintendent Dan Schroer and Tobias Boedeker, a program director at the Coffman YMCA, where Hopkins was a swim coach.

“From a personal perspective, I am pleased you will be working in our school district. I have no doubt that you will do an outstanding job on behalf of our students,” Carrie Hester, director of human resources for the district, said in his July 17 hiring letter.

On Thursday, Hopkins is to be arraigned and bond set in his case. He faces 36 charges of gross sexual imposition.

The cases relate to alleged touching of girls during class at Clearcreek Elementary School. Investigators reviewed security video during a three-month probe leading to the indictment. Hopkins started the job, split between Clearcreek Elementary and Springboro Intermediate, on Aug. 13, 2018.

The video, upon which much of the case is based, comes from a three-month loop that records over itself. The section viewed during the investigation covered dates between Dec. 12 and March 6, according to the indictment.

On Monday, Warren County Prosecutor David Fornshell said the charges were culled from more than 100 incidents judged “sufficiently questionable” by investigators viewing school security video. These incidents involved 88 first-grade girls presented to the special session of the grand jury convened to decide which justified criminal charges, according to Fornshell.

Hopkins previously worked as a substitute while earning a bachelor’s degree in kinesiology from Miami University and a master’s degree in public health from Wright State University.

In his letter of introduction to the district, Hopkins said he was a long-term substitute teacher in gym and health education, “a position I have come to love and have worked hard to succeed in.”

He also indicated he came from “a family of educators.”

He was hired as a classified substitute on June 9, 2016, and hired on Aug. 11, 2016, as a custodian at Dennis and Five Points elementaries. On Dec. 13, 2016, he resigned to concentrate on “spring graduation,” according to the personnel file.

He also worked as a musical theater tech at Springboro High and guest lecturer to a high school health class, according to the files.

A graduate of Springboro High School, Hopkins lives in Springboro and was arrested Monday at the Springboro Police Department. He remain in the Warren County Jail.

His arraignment was moved up to Thursday and is to be held at 2 p.m. before Judge Robert Peeler, the judge assigned to the case.

Kevin Hardman, a former Hamilton County prosecutor, has been assigned as main prosecutor in the case. Assistant County Prosecutor Julie Kraft is also assigned, according to the case docket.

Hopkins is represented by Ed Perry, a lawyer in the Rittgers & Rittgers firm. Perry declined comment.

Hopkins was placed on paid leave on March 8 before resigning on March 12 after being accused of improper contact with a student, according to the school district.

A competitive swimmer, Hopkins coached swimming at the Coffman YMCA in Springboro. He resigned from that position in March.

On April 1, Schroer, the Springboro superintendent, sent a fax to the Ohio Department of Education, Office of Professional Conduct, alerting them about Hopkins’ resignation.

But Hopkins’ state teaching license was active through June 30, 2022, according to the state records checked Tuesday.

The four-year “alternative resident educator designated subject license” was valid at Springboro Community City Schools in health and physical educations fields, according to the state’s system.

From 2015 to 2018, Hopkins held one-year, short-term substitute general education licenses from the state, according to online records.