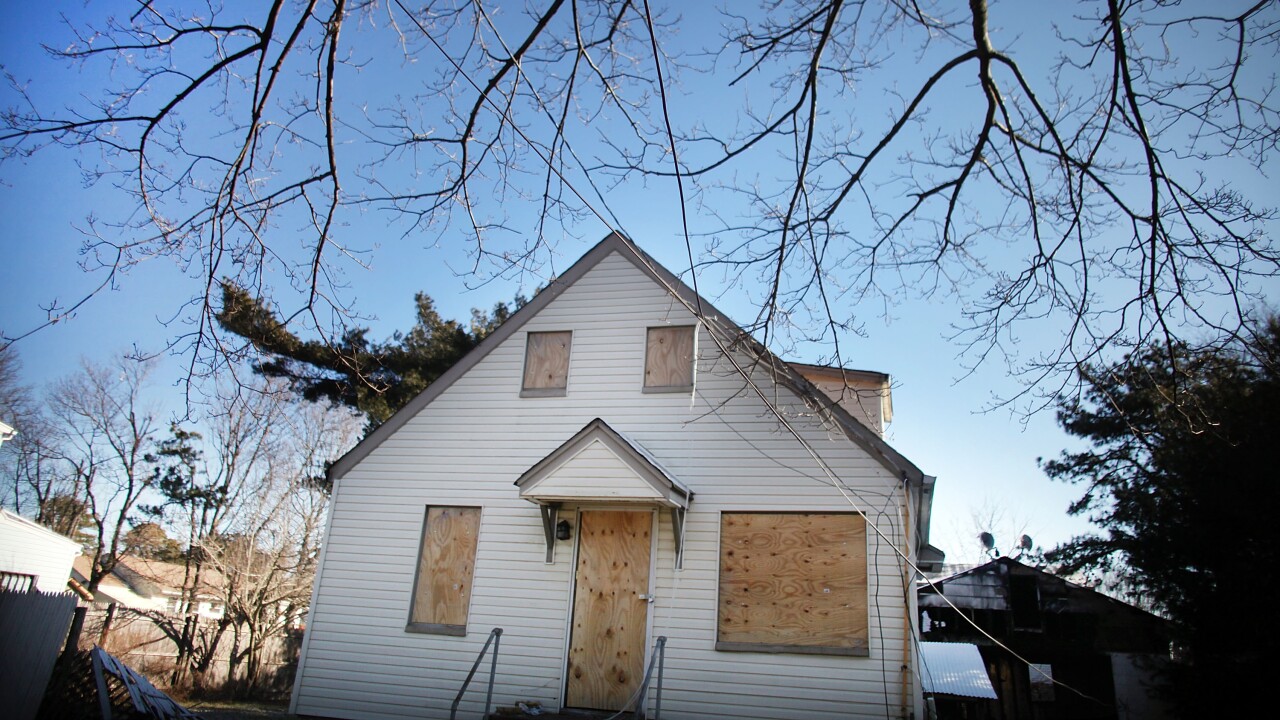 Spencer Platt/Getty Images
ISLIP, NY - FEBRUARY 09: A foreclosed home stands boarded up on February 9, 2012 in Islip, New York. A New York State Department of Financial Services Foreclosure Relief Unit van visited Islip to provide individuals who are facing foreclosure with counselors who can assess where homeowners are in the pre-foreclosure or foreclosure process. The mobile unit, which is eequipped with computers and communications, looks to slow the number of foreclosures in the state and to provide information about loan modifications available to homeowners under federal law. Islip, which is located in Suffolk County, has the highest foreclosure rate in New York State. (Photo by Spencer Platt/Getty Images)

CINCINNATI — A federal grand jury charged 11 people in five states in connection to a scheme to defraud homeowners by making phony promises about being able to negotiate with mortgage lenders and protect homes from foreclosure, according to an indictment unsealed Wednesday.

Authorities said the group would use multilevel marketing and promise affiliates commissions for recruiting distressed homeowners. They encouraged affiliates to be aggressive in recruiting homeowners, using online databases and court records to identify vulnerable, financially stressed homeowners who had received foreclosure notices, the Department of Justice said in a news release.

Some of the co-conspirators mailed out more than 22,000 postcards in southern Ohio and elsewhere, promising that they could "stop foreclosure" or "stop the sheriff sale" for a fixed fee, authorities said. The companies claimed they could negotiate to buy mortgage notes at a discount, negotiate the release of mortgage loans through a short sale or deed in lieu of foreclosure sale, stop an imminent foreclosure sale, remove a mortgage lien and achieve short sale prices at a fraction of the outstanding lien.

"These programs were fraudulent," U.S. Attorney Ben Glassman said. "The defensants performed virtually no negotiations on behalf of the homeowners and never successfully purchased a mortgage note or provided a new, lower-cost mortgage. They never removed a mortgage lien or performed short sales as advertised.

Joel Harvey, 36, of Cincinnati; Dessalines Sealy, 55, of Brooklyn, New York; and Rafiq Bashir, 35, of Jacksonville, Florida, were also named in the indictment but have not been arrested, authorities said.