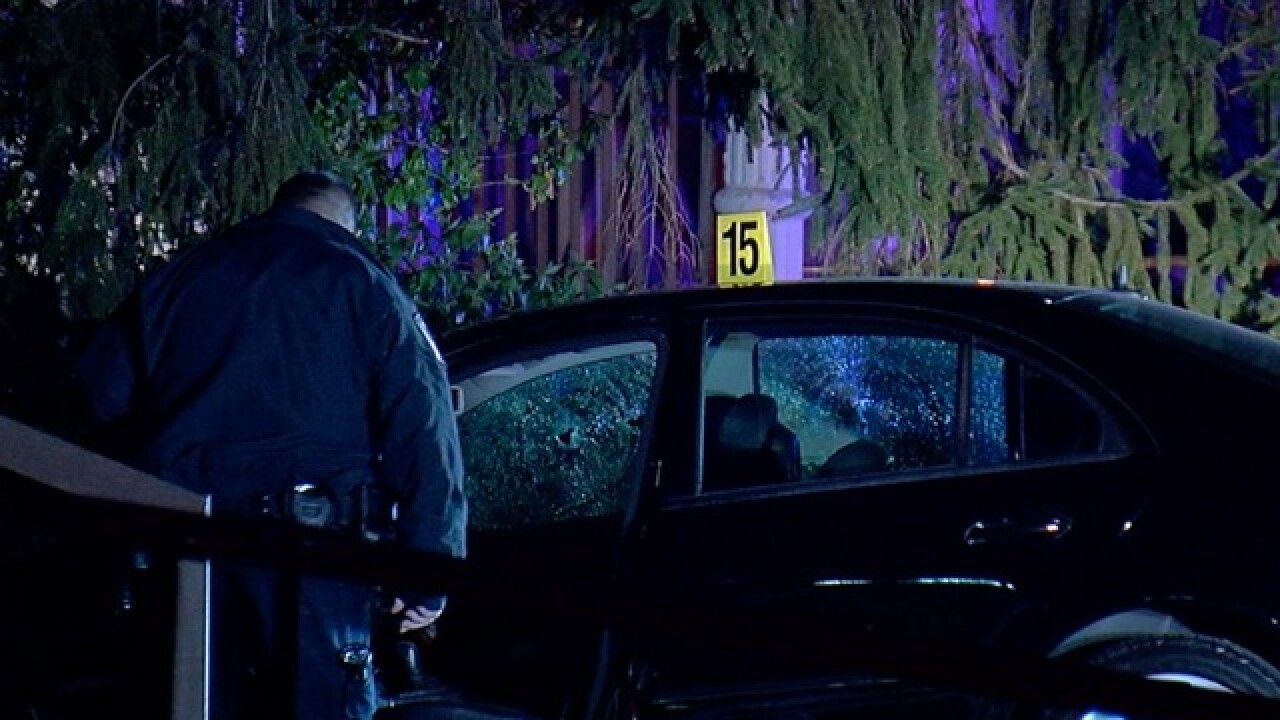 Police were called to De Armand Avenue just after 10 p.m. There was a car with several bullet holes at the scene.

Two men were seen leaving the scene in a white van.

The victim's name has not been released.