'This is the fight of our lifetimes': Beshear asks Kentuckians to do their part to battle COVID-19 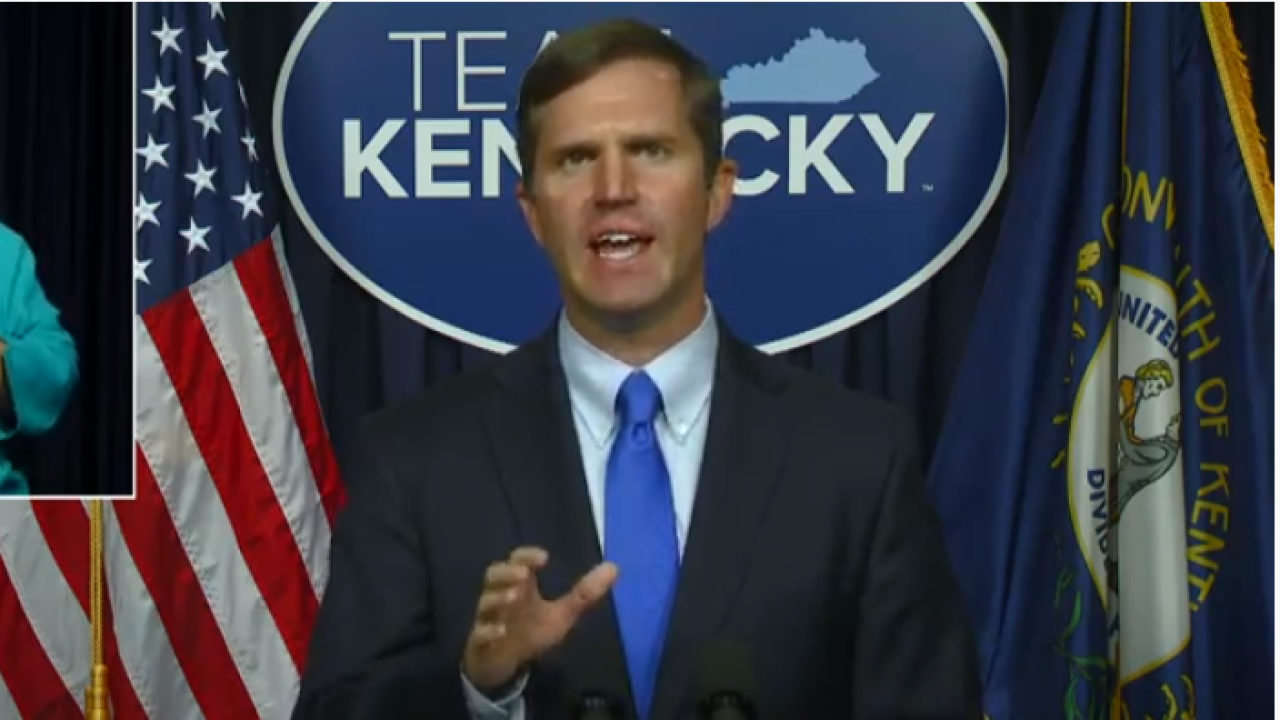 Copyright 2020 Scripps Media, Inc. All rights reserved. This material may not be published, broadcast, rewritten, or redistributed.
Gov. Andy Beshear at a special address from Frankfort on Sept. 10, 2020.

FRANKFORT, Ky. — In a special Thursday evening address, Kentucky Gov. Andy Beshear called on everyone in the commonwealth to continue to do their part to stop the spread of coronavirus.

“Here in Kentucky, we came together, and you crushed the curve. We beat every prediction. The actions of our people, your actions, saved thousands of lives. For that, I will always be eternally grateful," Beshear said.

On Wednesday, Kentucky passed the grim milestone of 1,000 coronavirus deaths since the start of the pandemic in March.

“In this fight, we have been unwavering -- and so has the science -- that the coronavirus threat is real," Beshear said. "To protect one another and our economy, we have acted -- and we must continue to act -- with unity and purpose, and we must understand that battling a brand new virus, it requires flexibility."

With the latest report, Kentucky has now seen 1,035 deaths since March. Kentucky also reported 805 new positive cases Thursday, including 122 children under age 18 from around the commonwealth. Kentucky has reported 54,772 total cases and 937,153 tests administered since the pandemic began.

“We now know that we will lose more Kentuckians to COVID-19 than we lost in the Korean or Vietnam wars. Both of those conflicts raged on for years and required deep sacrifice," Beshear said. "We’re still only six months into fighting this battle, but it’s clear: this is the fight of our lifetimes.”

Beshear urged Kentuckians to do their part in that fight by continuing to wear masks, enforcing social distancing, washing hands regularly, canceling travel and keeping in-person gatherings to 10 people or fewer.

“We are asking so little; just small but powerful actions that may save somebody’s life,” Beshear said.

On the advice of the White House and state health experts, he said Kentucky will continue to require people wear masks around others as officials have aimed to resume normal activity later than other states.

“Instead, we tried to be the smartest. We watched as states like Florida, Texas, Arizona and others tried to be first and suffered terrible, terrible losses,” he said.

Earlier Thursday, the Kentucky State Police Honor Guard laid a wreath inside the capitol rotunda in memory of those lost to the virus. Flags across the state were also ordered to fly at half-staff starting Thursday through next week.

Watch a replay of Beshear's remarks in the player below: