Should Cincinnati's housing authority force residents to move during the coronavirus pandemic?

'CMHA is causing a lot of confusion' 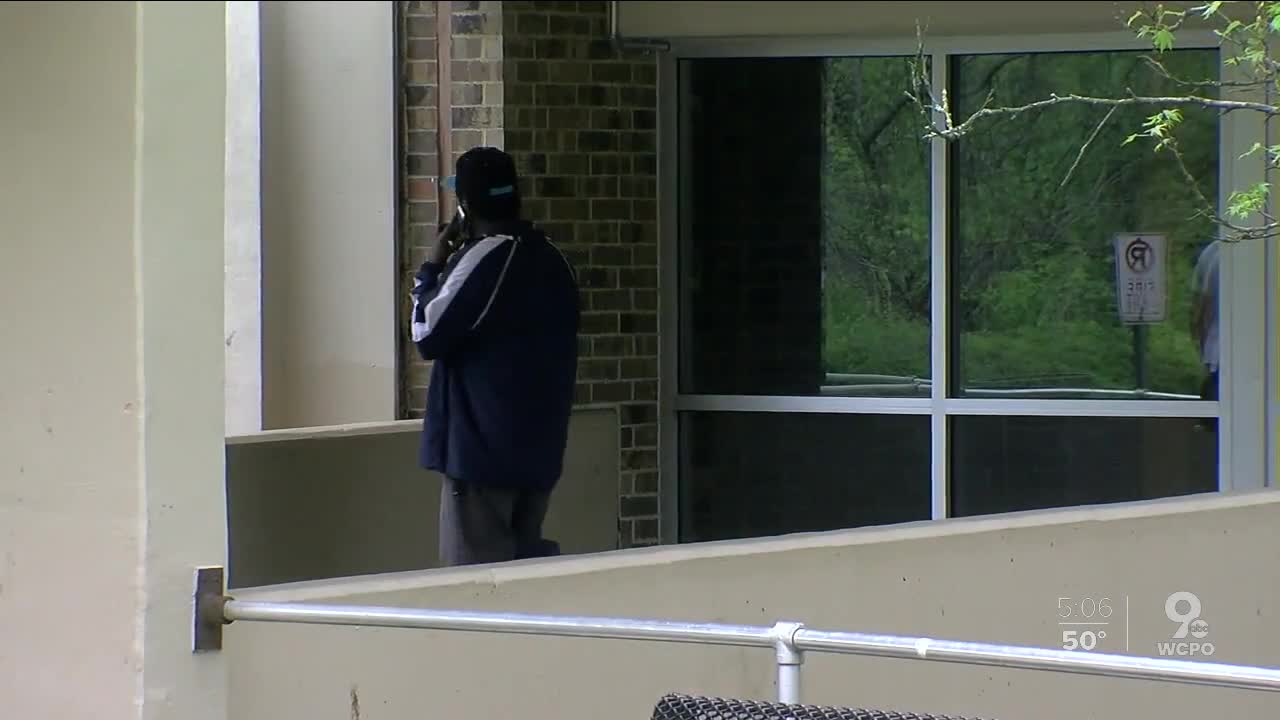 Residents of a Cincinnati public housing development fear they will be forced to move from their homes during Ohio’s coronavirus stay-at-home order. CINCINNATI — Residents of a Cincinnati public housing development fear they will be forced to move from their homes during Ohio’s coronavirus stay-at-home order.

Dozens of residents at the Pinecrest apartment tower in West Price Hill have received 30-day notices to vacate their apartments so the Cincinnati Metropolitan Housing Authority can begin an extensive renovation of the property, said Willis Nibert, treasurer of the Pinecrest Resident Council.

The housing authority already has decided to delay the start of construction at the Pinecrest until at least July 1 because of the pandemic and will delay relocations until May 15 at the earliest, said Lesley Wardlow, CMHA’s senior communications coordinator, in an email to WCPO.

“Residents of the Pinecrest on floors 8 and 9 received a notice from CMHA on April 9, 2020 reflecting a move date to begin no earlier than May 15, 2020,” Wardlow wrote in response to WCPO’s questions. “However, in the interest of safety, CMHA will stagger the moves from May 15, 2020 until June 30, 2020 in preparation for construction beginning in July, 2020.”

Wardlow wrote that CMHA “will closely monitor the situation as we move closer towards the moving date.” She said 43% of the building's residents are senior citizens.

Nibert said some residents on the seventh floor also have received 30-day notices. He said tenants in the 190-unit building want all moves delayed until at least June 1 because of the pandemic.

“CMHA is causing a lot of confusion, and they are asking us to violate Gov. DeWine’s stay-at-home order and prepare to move,” Nibert said during an April 28 news conference. “This is unacceptable.”

The moves are being planned so CMHA can complete extensive renovations to the building as part of the federal Rental Assistance Demonstration, or RAD, program. The RAD program is designed to help local housing authorities tap into private funding to make much needed repairs to public housing.

Wardlow said improvements at the Pinecrest will include “replacement of mechanical systems with new energy-efficient systems, new kitchen cabinets, lighting, appliances, flooring and installation of drywall over block walls, refurbished elevators and more.”

She wrote that once relocation begins, “CMHA will ensure residents, staff and moving contractors practice the required safety measures, including staggered moves, social distancing, cleaning and disinfecting units, and the use of gloves and masks.”

“It’s just a total disaster here,” he said. “It’s just not good. Not a good environment. Yes, something needs to be done. It needs to be done quick. Because if we owned the building, they’d be on us like hotcakes.”

But Clements said it doesn’t make sense to require people to move now, especially the many senior citizens who live at the Pinecrest.

“We shouldn’t have to deal with this,” he said. “I mean, anybody in here. I mean, nobody would deal with what we’re being put through.”

Another resident named Kim Pitts provided a statement to be distributed during the news conference because she had to work that day.

She said in the statement that she doesn’t feel safe moving to any of the apartments that CMHA’s relocation team has proposed for her and that she’s worried she will end up homeless.

Nibert said that CMHA is violating federal rules by not showing residents three comparable places to move and by not giving them sufficient notice before any relocation.

But Wardlow said in an email to WCPO that federal regulations include that requirement only for residents who are requesting a permanent move away from the Pinecrest, not for the temporary relocations that are being planned.

“They want to be where they’d be safe,” said Nibert, who also is chairman of the Pinecrest Resident Council’s RAD Committee. “Some of the places where they’re sending the residents, the news reports that there’s been shootings in front of the apartments they was going to.”

Nibert said there has been a lot of confusion surrounding the RAD program and how it will be implemented at the Pinecrest, but residents finally decided to go to the media when it became clear they might have to move during the pandemic.

He told WCPO on Monday that things have gotten worse since the news conference.

The Cincinnati Fire Department responded to smoke in the building on Sunday, he said, but could not access Pinecrest using a key-card system that was in place. A security guard had to let firefighters into the building, he said.

Residents have been asking for weeks for a fire safety plan for the building and still don’t have one from CMHA, Nibert said, adding that many residents weren’t sure what to do when alarms sounded inside.

Nobody from the fire department has told CMHA officials that there was any problem gaining access to the Pinecrest, Wardlow said. But she acknowledged that residents of the building had not received copies of a new fire safety plan until Monday.

"Copies of the plan were distributed to all residents today, and a conference call with the residents is scheduled for Wednesday," she wrote in an email Monday.