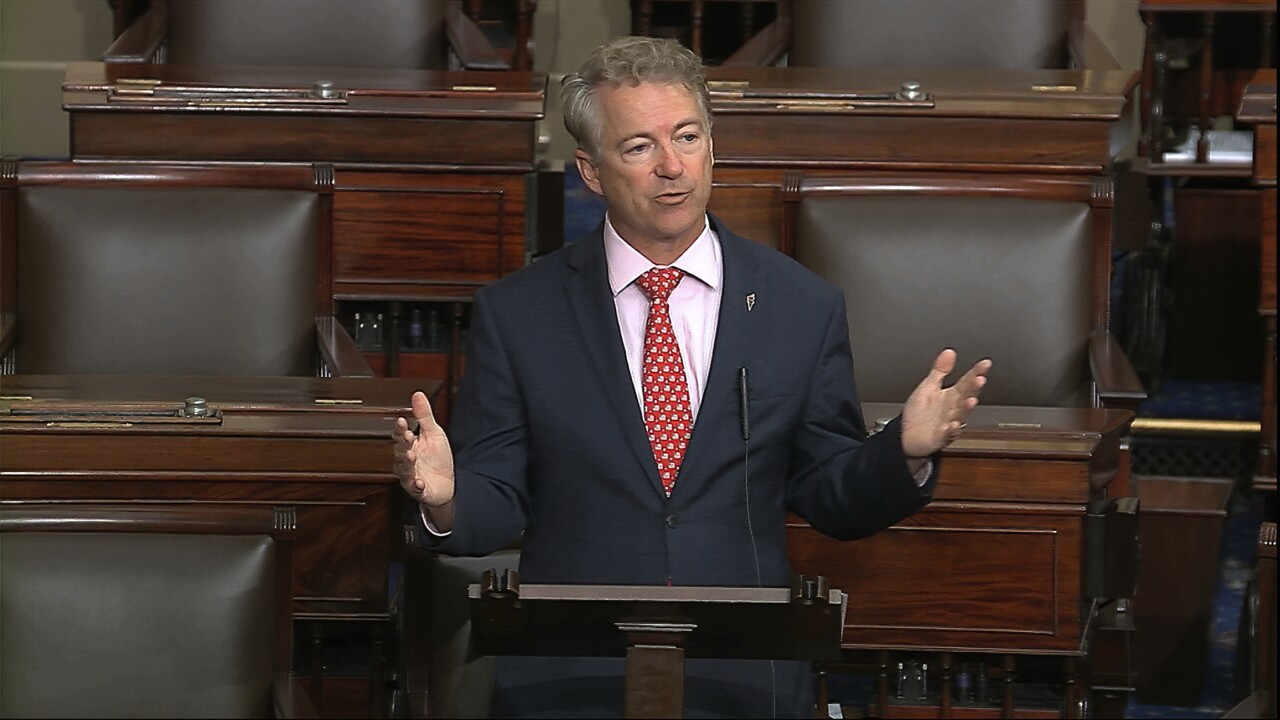 In this image from video, Sen. Rand Paul, R-Ky., speaks on the Senate floor at the U.S. Capitol in Washington, Wednesday, March 18, 2020. (Senate Television via AP)

WASHINGTON (AP) — Kentucky Sen. Rand Paul says he was tested a week ago for the novel coronavirus, but continued working at the Capitol because he “felt that it was highly unlikely” he was sick since he had no symptoms of the illness.

Paul also says he did not have direct contact with anyone who tested positive for the virus or was sick.

Paul announced Sunday that he had tested positive for the virus, becoming the first case of COVID-19 in the Senate and raising fears about further transmission of the virus among senators, including some who are in their 70's and 80's.