Mason PD responds, but no one cited 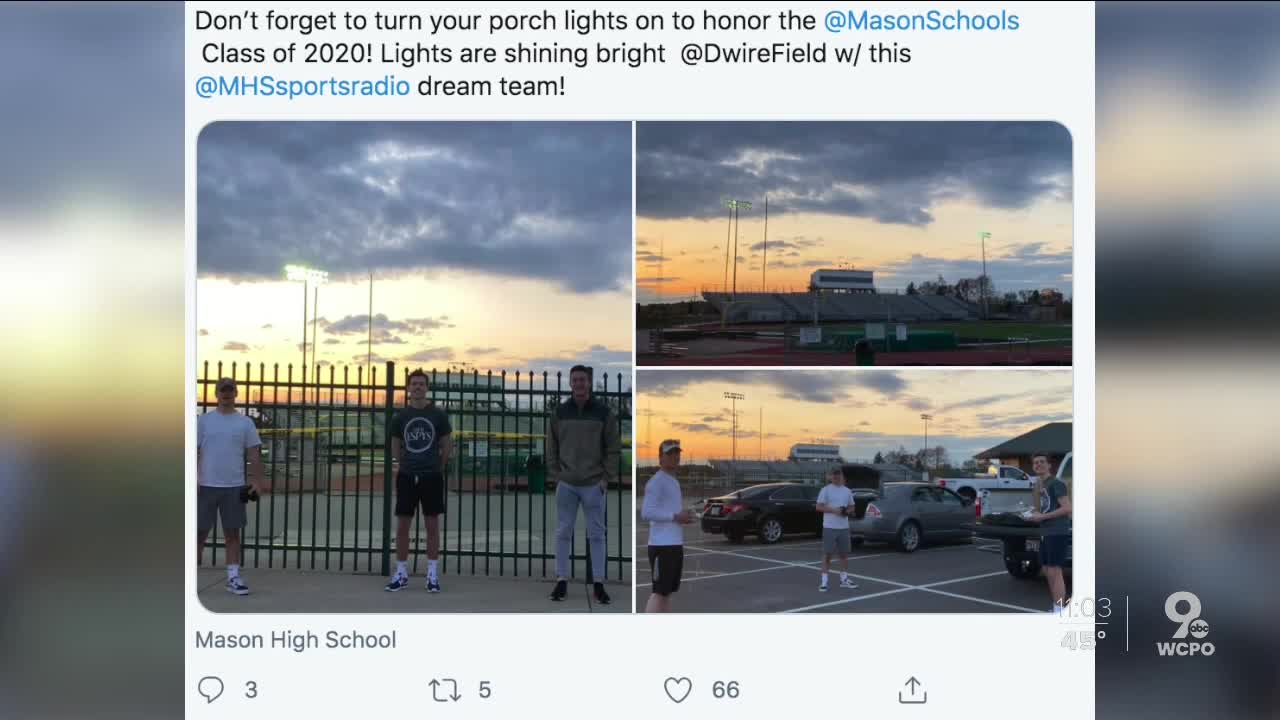 “As soon as that sundown started hitting, all the kids just congregated,” Aronoff said.

Pictures show students standing six feet apart while honoring each other and seniors across the nation by shining stadium lights Monday night.

But Aronoff says those pictures don’t show the whole story, as students on video were seen "congregating arm in arm sitting in the cars with the trunks up, sitting in those trunks, arm in arm.”

Aronoff’s son, also a senior at Mason, decided not to attend. On a now-deleted thread on Facebook, she says parents argued both sides of the issue.

“Parents being hypocritical in one moment and then absolutely it’s okay that my kid did this. And it’s not okay that your kid did this,” she said.

Avery Wilson, who graduated Mason High School in 2018, said she feels for students who will have to go without proms, final games and in-person graduations after Gov. Mike DeWine ordered schools remain closed for the rest of the academic year. Similar orders are in place for Kentucky and Indiana.

Still, Wilson said, students have to take responsibility and follow social distancing orders that could potentially save lives.

“It’s scary because it’s in my community and now these people can be going to the grocery stores and anywhere else is at high risk and can infect them if they do have it,” Wilson told WCPO.

Mason City Schools Superintendent Jonathan Cooper said school officials did not anticipate “such a large gathering” of students in the parking lot.

“When we heard about that, we sent our local authorities over to break up the large group of students,” Cooper said. “The students were respectful. They were sorry and they moved on and they went home.”

Mason Police responded and said none of the students were cited.