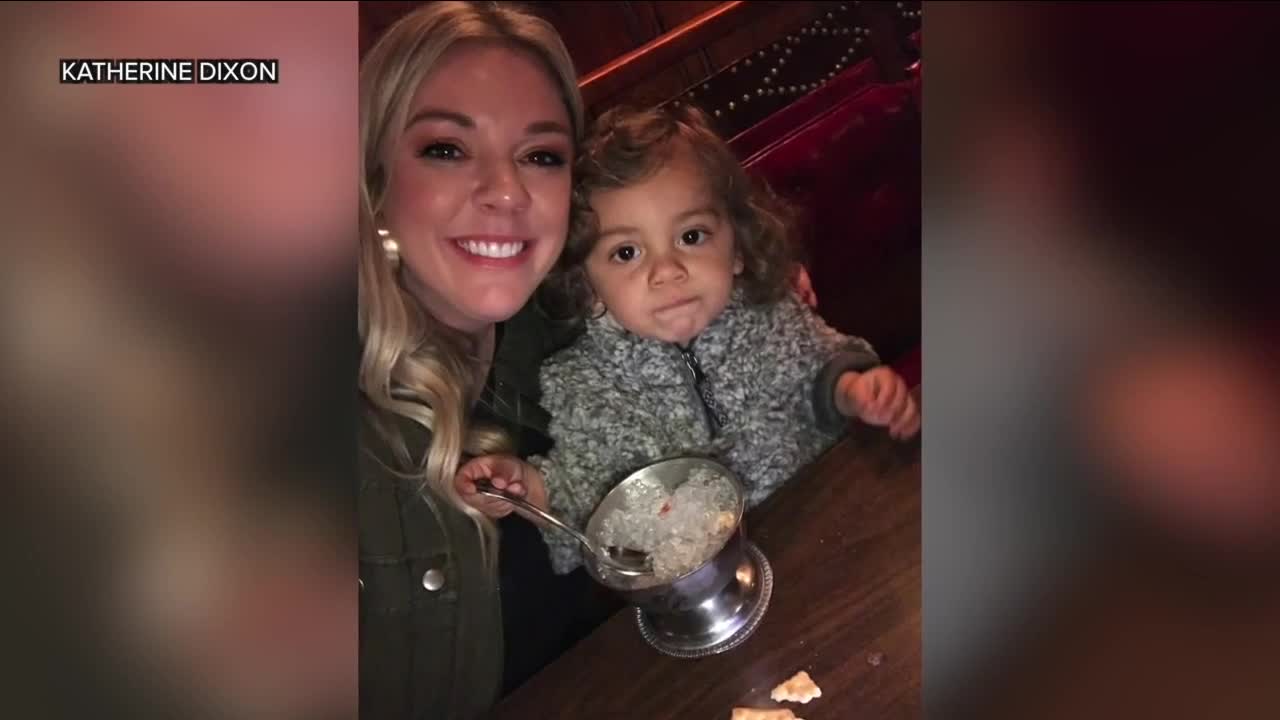 In early March, 35-year-old Katherine Dixon was fighting fatigue, body aches and shortness of breath. Three weeks later, she can now say she has almost recovered from both the flu and COVID-19.

CINCINNATI — In early March, 35-year-old Katherine Dixon was fighting fatigue, body aches and shortness of breath. Three weeks later, she can now say she has almost recovered from both the flu and COVID-19.

“I felt like I knew it but it’s also still shocking that out of all of the people all over the world, that it would happen to me,” Dixon said.

The mother of one, who has a history of asthma and allergies, went to her doctor as her symptoms worsened. She took a flu test, which came back positive.

She was prescribed Tamiflu and Claritin. However, Dixon had a feeling that it was more than that.

“It was at that time that the doctor informed me that it’s 99.9% impossible to have the flu and the coronavirus,” Dixon said.

Then she was prescribed Prednisone and an inhaler, but three days later, there were still no signs of improvement. That’s when she called her physician once again to insist on taking the COVID-19 test.

One week later, her test came back positive.

“In the beginning, the CDC [Centers for Disease Control and Prevention] was saying you couldn’t have the flu and the coronavirus at the same time. They’ve since revised that,” Dixon said. “Every day is a learning experience for everybody involved.”

She quarantined in her home, where she lives with her 2-year-old, Lennox. That was one of her initial concerns.

“My doctors, they continued to reassure me that children, if they do get the coronavirus, typically the symptoms are very mild and can mimic a cold,” she said.

Dixon said that ever since her test came back positive, she has been getting calls from the Ohio Department of Health and the Cincinnati Health Department. She spent a lot of time working with both organizations to retrace her steps from the last 6 weeks to figure out where she contracted the virus.

“Unfortunately, we just don’t know where I got this,” she said. “It could’ve been a gas pump, it could’ve been the grocery, it truly could’ve been anywhere. One of the things that do come to mind is I did travel to Los Angeles at the very end of February.”

But Dixon — who was not prescribed anything when she tested positive for COVID-19 — says she was fortunate because her case was not as extreme as others. She never had to be hospitalized and never had a fever.

“I never had this overall sense that everyone else we keep hearing about, that they couldn’t get out of bed. I never felt like that,” she said. “I want people to understand that there’s not one size fits all for symptoms.”

Now, the Cincinnati-native — who says she was washing her hands, bleaching her house, and taking all the precautionary steps before testing positive — is worried about her parents. She wants to share her story in the hope that people will stay home and practice social distancing.

“That’s really the only way we’ll be able to get rid of this virus,” she said. “People really do have to take it seriously because it is so easily transmittable from person to person.”

Dixon says she is still not fully recovered; she is still experiencing fatigue and shortness of breath. But she says she can see the light at the end of the tunnel.

“We didn’t even think it was a possibility that it was going to come here at this time,” she said. “Now, it’s just exploding! It’s surreal.”

The CDC recommends people wash hands often, use hand sanitizer and cover their mouth and nose with a tissue when they cough or sneeze. If you have any symptoms for COVID-19, call your doctor.