DeWine predicts vaccine availability in summer 2021, a hard winter before then 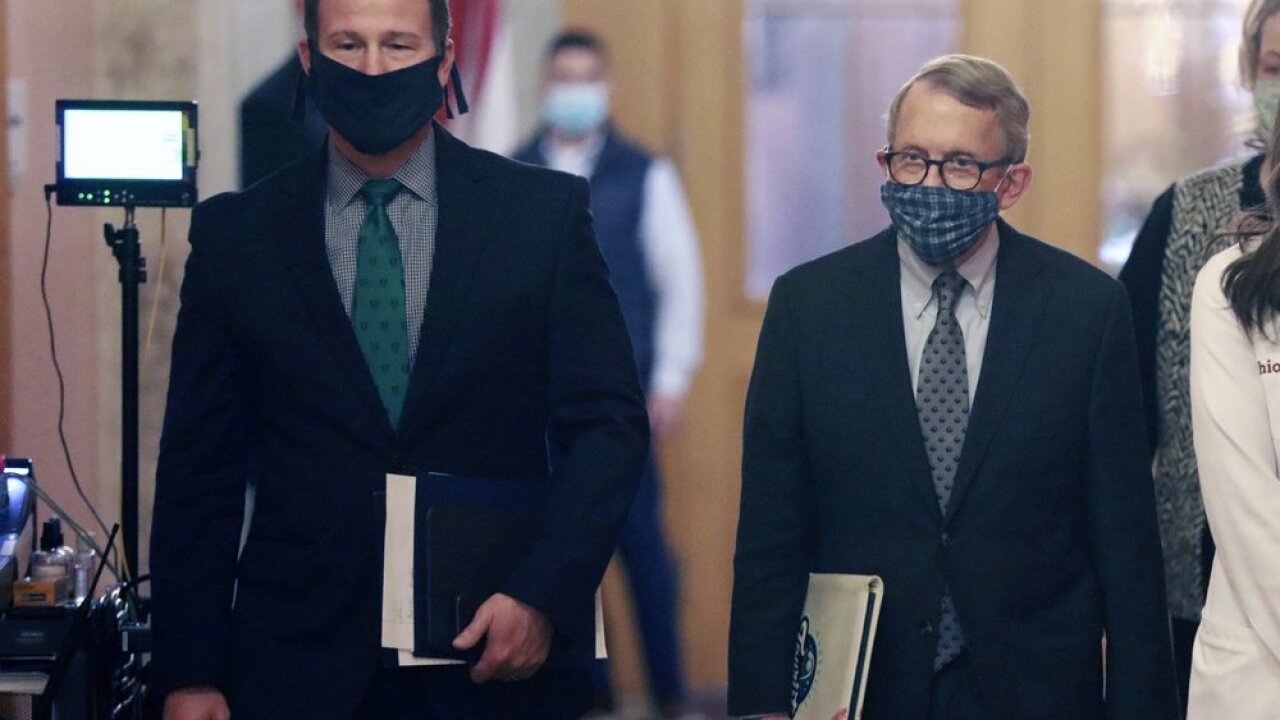 Ohio Gov. Mike DeWine believes the state has reached half-time in its struggle with COVID-19, he said Tuesday — midway between the pandemic’s onset in March and its possible end in summer 2021, when he expects a vaccine to be widely distributed.

He even enlisted two Ohio State coaches to help drive the metaphor home in a PSA:

Some friends of ours did a public service ad that I think captures the greatness of Ohio. When Ohioans stick together, we always win. It’s up to all of us. pic.twitter.com/r3rix2zNKg

“What we can say is that things will get better, but in all likelihood, they will get worse before they get better,” DeWine said.

Early signs of a winter spike have already arrived, according to data gathered by the Ohio Department of Health. The average number of new diagnoses each day has risen to 1,227; on Tuesday, the department reported an even higher new-case count of 1,447.

Deaths have not risen at a commensurate rate — the average daily death toll is around 18 — but DeWine said deaths often lag behind diagnoses. Fatal COVID-19 cases can last weeks or even months before the patient dies.

In the meantime, an effective measure of the virus’ prevalence can be the positivity rate: the proportion of positive tests compared to the overall number of tests performed. That, too, is concerning in Ohio, DeWine said. In many cases, more testing means a lower positivity rate; since late September, the rate has increased an entire percentage point from 2.7% to 3.7%.

And 51 of Ohio’s 88 counties are “high-incidence” areas by the standards of ODH and the Centers for Disease Control and Prevention.

“We’re not trying to scare anybody, but these measures have never looked like this since we’ve done this,” DeWine said.

As he has done frequently since the end of summer, the governor complimented Ohioans’ observance of basic safety measures and implored them to continue, especially as temperatures drop and indoor crowding becomes a more pressing concern.

He compared the state favorably to others, including New York, California and South Dakota, that have struggled to contain their outbreaks, and discussed the tools that Ohioans can use to drive numbers down: masking, social distancing and frequent hand-washing.

“We have a game plan,” DeWine said, returning to his metaphor. “Our game plan is to wear masks when we’re out. Wear masks when you’re in a place where you will see others. Stick with our game plan. Execute the plays. This is exactly how we will disrupt the virus’ game plan.”