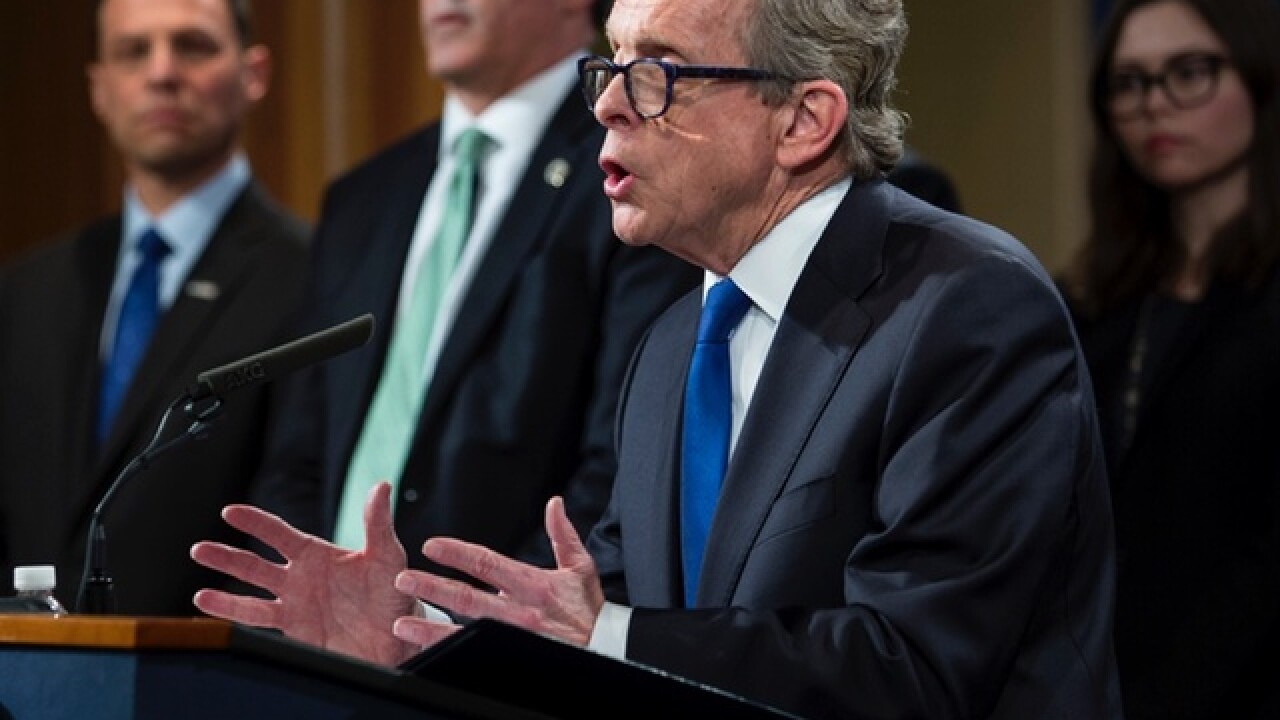 Mounting concern over COVID-19 and its impact on poll workers, many of whom are old enough to be considered high-risk patients, led DeWine and Ohio Department of Health director Amy Acton to cancel the March 17 primary hours before it would have started.

FAQ: How to vote in Ohio's all-absentee 2020 primary

The rescheduled election will be mail-only to prevent transmission of the virus at in-person voting stations. All ballots must be mailed in by April 28.

Other provisions of the new bill include:

Acton, speaking at the same conference, announced the state had diagnosed a total of 1,137 Ohio patients with COVID-19. Nineteen have died. Many more remain hospitalized, 107 of them in intensive care units.

And what she called "the surge" — a period of exponential day-by-day increases in the number of diagnosed patients — is still on its way.

Acton had predicted Thursday the virus would hit its peak in late April, bringing between 6,000-8,000 new cases every day. On Friday, working with new data from the Cleveland Clinic, she had adjusted her estimate: The peak is more likely to arrive in mid-May, but a worst-case scenario could result in up to 10,000 new cases per day. Exponential growth will start before that, likely in mid-April.

As the surge approaches, Acton and DeWine said Ohio's primary focus should be on building hospital capacity. The pandemic could demand up to three times the state's current number of beds and other resources before it ends.

Acton acknowledged many Ohioans might find the predictions difficult to believe. She pointed skeptics to New York state, where over 44,000 cases have been diagnosed and 500 people have died, and Louisiana, where numbers of hospitalized and diagnosed patients jump every day, as previews of what could be on its way to Ohio.

DeWine said he trusts his health experts, whose meetings always carry "a sense of great urgency."

“They truly believe that this is coming," he said. "Everything we see on the ground indicates it is coming. It’s already here. Every piece of evidence would indicate that this doubles somewhere between four, five, six days."

State health experts have divided Ohio into eight regions and asked that each one have a rough draft of a resource build-up plan complete by 9 a.m. Saturday. Those plans will be finalized within a few days, DeWine said.

He and Acton both implored Ohioans to recognize that the wave coming toward them is coming fast — like a train, according to DeWine, who recalled packing seeds into boxcars for his family's business as a child. Like those cars, the virus started slow. It picks up speed and force every day as more cases appear.

Until then, DeWine said: "We put the accelerator down, go as fast as we can."