Potential for sweeping cuts due to COVID-19 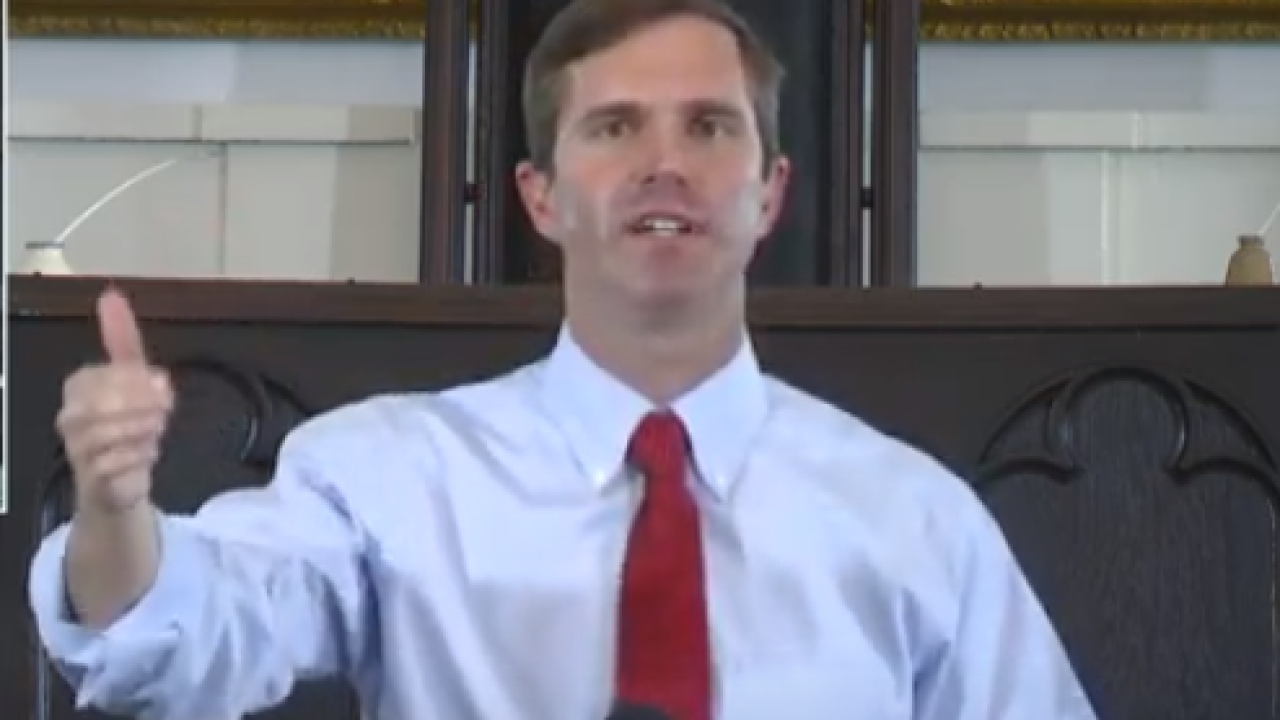 Potential cuts range from 16%-29% in 2021, which Beshear said "would be like letting Kentucky go bankrupt."

"To put that in context, I believe our single biggest annual cut that I'm aware of in our history is 12%," Beshear said, one of the "most difficult years in budget balancing" for the state.

Beshear said Kentucky's federal delegation is currently lobbying Congress to approve more CARES Act funding to balance the state's budget after it used the first round of funds for coronavirus response. In addition, Beshear said that all spending for the next year will be limited to the upcoming fiscal year.

"All we're asking is that in the middle of a worldwide health pandemic that Congress do the same thing they were willing to do during a recession. That seems pretty simple to me," Beshear said.

Kentucky reported five new virus-related deaths and 277 new cases on Tuesday, leading to a total of 565 total coronavirus-related deaths out of 15,624 virus cases so far. One of the people who died Tuesday was a 70-year-old from Campbell County, Beshear said.

"While we are not seeing the type of very concerning spike in so many other states, we are seeing ourselves to continue to be in that plateau area between about 150 and 300 cases. It's something we have to watch very carefully," Beshear said.

More than 3,990 people have recovered from the virus, and the state has tested 404,781 people as of Tuesday. On average across the state, hospital beds remain at 60% occupancy and intensive care units at 73% occupancy.

NKY Health reported that 1,666 people in Boone, Campbell, Kenton and Grant counties have tested positive for coronavirus since March and 77 people have died of the virus as of Tuesday.

To find one of the free coronavirus testing locations in Kentucky, click here.

Though many states have already required people to wear masks in public, Kentucky has not mandated mask-wearing for those not working.

"While we are not there yet, understand that a mask is the best way to show that you care about other people," Beshear said.

"We have stayed relatively flat, as the lines will show there -- that is not an accident. That is because you have made sacrifices that have made this possible," Stack said.

But Beshear warned that failing to continue to wear masks, socially distance and get tested could lead to spikes like those seen in Texas, Arizona and Florida.

"If we have to roll things back, it will be because we individual Kentuckians did not take the responsibility to make sure we followed the rules to do it safely. It will be on us," Beshear said.

Kentucky has entered into a one-month, $7.4 million contract with a national accounting firm to rapidly "catch up" with the state's unprocessed unemployment claims.

The contract runs July 1 for four weeks, during which the firm Ernst & Young will offer 300 individuals to resolve these claims. The company has recently finished similar catch-up projects in Colorado and Oklahoma's unemployment systems, Beshear said.

The contract will be covered by CARES Act funding given to governments dedicated to coronavirus-related expenses. Beshear says the state has already resolved up to 90% of its unemployment claims, with a total payout of $2.7 billion to Kentuckians since March.

Bars, wedding venues and youth sports were able to reopen and resume for the first time on Monday.

With newly-released guidelines in place, public pools also reopened and gatherings of up to 50 people could also resume starting June 29.

On Tuesday, Beshear recommended that bar owners enforce social distancing, including having a seat for each patron inside, in order to prevent a second temporary closure like those seen in other parts of the country.

Among the requirements for pool centers are social distancing and limited pool capacity. Any time their heads are above water, swimmers must maintain a distance of six feet from people who aren't from the same household. Seating at swimming facilities will also be spaced six feet apart, and pools are asked to encourage guests to bring their own seats whenever possible.

Many of the guidelines to host large events already apply to groups of 10 people or fewer, which have been allowed to resume in the commonwealth. Among the new guidelines are continuing to socially distance, wearing cloth masks, not sharing food or drinks and hosting events outside whenever possible.

Watch a replay of Tuesday's update in the player below: