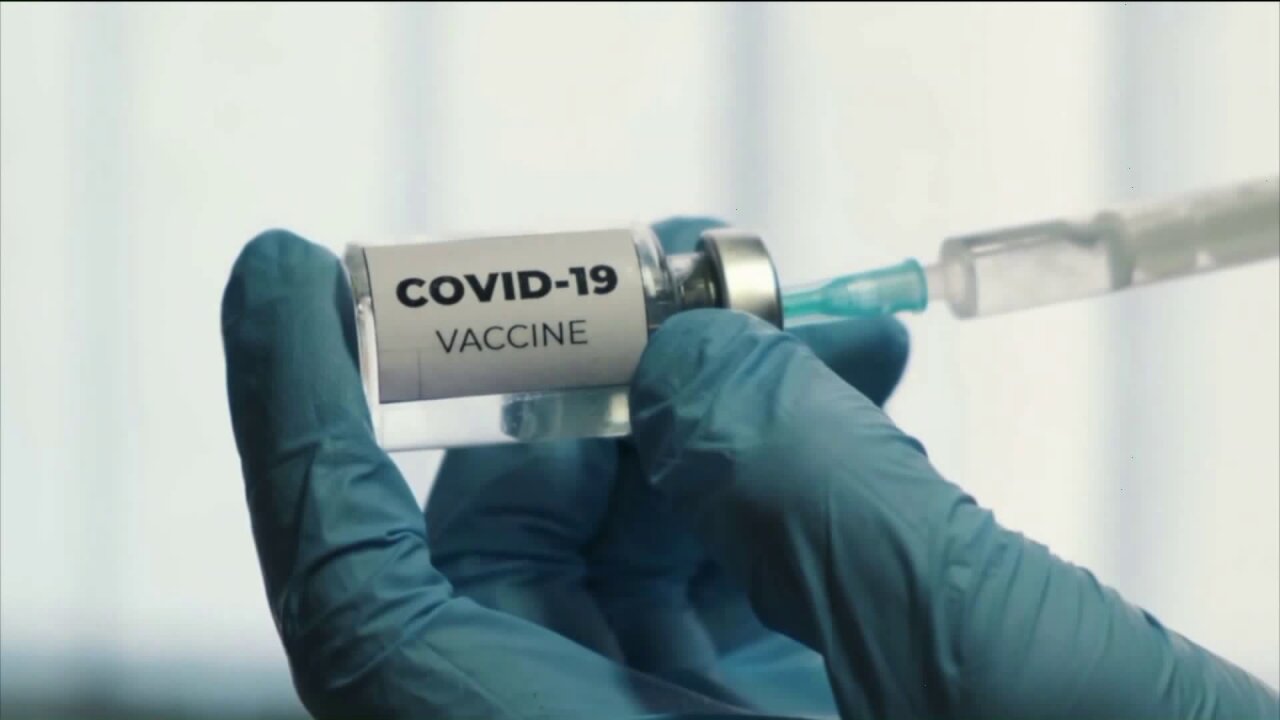 Weeks after delivery, thousands of coronavirus vaccine doses locally and millions of doses nationwide are sitting on shelves instead of getting into arms.

Between 5 million and 6 million Americans have received the first dose of a two-shot regimen according to the Centers for Disease Control and Prevention, far from the federal government’s goal to give the first shot to 20 million people before the end of 2020.

About 360,000 doses have been sent to Ohio in the nearly four weeks since the first shipment arrived on Dec. 14, according to the CDC. But only about 60% of those doses have been administered, according to Ohio Department of Health numbers. And Ohio is doing better than about 40 other states.

Ohio Gov. Mike DeWine has said he is not satisfied with the rate at which the vaccine is being distributed in the state and has urged providers to move faster, even setting a goal for hospitals to administer doses within 24 hours of receipt.

“(The vaccine) does no good sitting on a shelf,” he said. “Waiting two or three days, five days, whatever, someone could have been vaccinated and been protected during that period of time. So there’s a moral imperative that we push this as hard as we can.”

Experts and leaders say this vaccine roll-out is unprecedented in American history and providers are doing the best they can within an underfunded public health system while receiving scant information and battling skepticism. Federal guidance has been lacking and health leaders say a coordinated plan from the top-down that utilizes every resource possible is needed.

How is Ohio distributing the shots?

Each state is distributing the vaccine differently. For this first round of vaccinations, Ohio is using a patchwork of providers: hospital networks for most health care workers, local health departments for emergency medical service personnel and some others, and retail pharmacy chains for residents and staff at long-term care facilities.

While some providers (like the Clark and Greene County health districts) are distributing an entire shipment within days of its arrival and begging for more supply, others (like Premier Health) are sitting on thousands of doses and only distributing the last of their first shipment three weeks later.

Some providers and the Ohio National Guard were not tapped for phase 1A but may help with future phases.

Doses in the region

A Premier Health spokesman said Wednesday that the hospital system has administered more than half of the 5,900 doses of the Moderna vaccine from its first shipments received approximately two weeks ago.

Dr. Roberto Colon, the associate chief medical officer of Miami Valley Hospital, said Premier Health is “meeting the spirit” of the governor’s goal. Colon pointed out that small subpopulations in Phase 1A were initially prioritized and there were two major holidays recently.

A spokeswoman for Mercy Health said on Wednesday that Springfield Regional Medical Center had administered more than 975 of the 2,500 doses it received, and Fairfield Hospital had given out nearly 825 of the 1,100 doses it received. The spokeswoman declined to answer questions about the challenges of distributing the vaccine.

Besides a lack of supply coming into Ohio, a problem that can only be addressed on a national level, a myriad of issues has contributed to a slow roll-out. Health care leaders pointed out that this undertaking kicked off just before two major holidays.

Analyst Loren Anthes, with the Cleveland-based Center for Community Solutions, said Ohio and other states’ decisions to underfund public health infrastructure is “coming home to roost.”

Ohio spent $14 per person on state public health funding in 2019, according to State Health Access Data Assistance Center, a health policy research center. Only three states spent less than Ohio. Because the state’s public health infrastructure is underdeveloped, Anthes said, it must rely on private entities like hospitals and pharmacies.

When this began, health department officials and hospital administrators didn’t know exactly when their first shipments would arrive or how many doses would be in the box. They’re still not given much warning. County health departments find out each Friday how many doses they’ll likely receive the following week any time between Monday and Wednesday. This lack of specifics can make it difficult to schedule individuals in advance for their shots, said public health officials.

Meanwhile, many Ohioans who are eligible to get the shot early are passing on the opportunity. According to DeWine, 60% of long-term care staff members have opted not to get the shot.

Clark County Health Commissioner Charles Patterson said about 46% of the county’s EMS personnel that were offered the shot took it. A spokesman for Public Health-Dayton & Montgomery County said 31% of the county’s EMS workers have gotten the vaccine so far, but he’s not sure if the remaining individuals don’t want it or haven’t had time to schedule the shot yet.

Colon, of Miami Valley Hospital, said interest in receiving the vaccine remains high among health care workers, particularly those involved in the direct care of COVID patients. However, less than 50% of Mercy Health Springfield employees who are eligible for the vaccine want it, according to Mercy Health-Springfield President Adam Groshans.

Some officials are worried about reports of low vaccination uptake. Ohio House Minority Leader Emilia Sykes, D-Akron, said more needs to be done to acknowledge the public’s fears and educate Ohioans on the vaccine, especially among members of the Black community, many of whom distrust the health care system after years of mistreatment. DeWine has previously said the state is partnering with faith leaders to reach the Black community on this topic. Sykes, who has a degree in public health, said that’s not enough.

Patterson said he is not concerned about young EMS and hospital workers not getting the vaccine. They’re hesitant to go first but will hopefully get the vaccine when it’s available to the general public later, he said. Over 75% of nursing home residents in Ohio are opting for the vaccine, according to DeWine. The large part of the next priority group, adults age 65 and older, will likely follow suit, Patterson said.

“The demand far outstrips the supply of the vaccine at least for the foreseeable future,” he said.

Other states have put increased pressure on hospitals to distribute their vaccine. New York state is fining hospitals and cutting off their supply if they don’t distribute all their doses in a week. Florida is allocating doses to hospitals that distribute them the fastest.

Some lobbyists say providers should be sharing excess supply with other providers. Antonio Ciaccia, a Columbus-based adviser for the American Pharmacists Association, said it’s “absurd” to send doses to entities that haven’t depleted their previous shipment.

“We should not be shipping vaccines to places where they’re going to collect dust,” he said. “I don’t know if that’s an indictment of (these hospitals) or an indictment of those who are making the decisions to ship to them. But if we’re going to hold up supply, only to send them to places that aren’t ready to administer them, that’s a problem. And that’s disconcerting considering that we have providers … that are ready to do this.”

Approximately 1,700 providers, including retail pharmacies and primary care offices, have registered with the Ohio Department of Health, been trained and are waiting for marching orders. DeWine announced plans on Thursday to utilize an unspecified number of these institutions in Phase 1B.

Dr. Gary LeRoy, associate dean at the Wright State University Boonshoft School of Medicine and former president of the American Academy of Family Physicians, also suggested that providers could be given latitude from the state to move on to vaccinating the next priority group if not enough members of the first group want the shot.

Ultimately, beyond a steady supply of vaccines, health leaders said more information from the top-down would help them plan.

“It will get faster,” LeRoy said. “I think that now, since there’s more discussion about, OK, what has gone right, what hasn’t gone so well, now, I think we will see a bit more traction with this thing.”