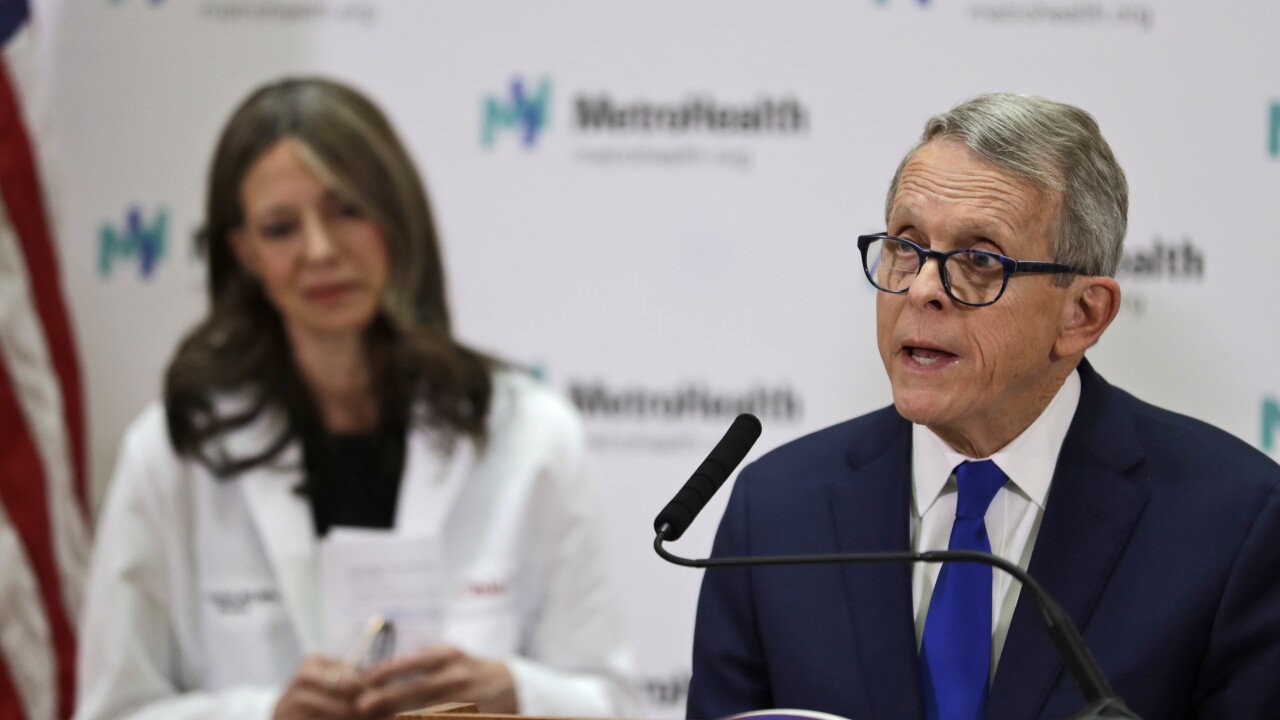 COLUMBUS, Ohio — While Ohio restaurants and bars can now serve patrons for outdoor food and drinks, Gov. Mike DeWine spoke on Monday about “some outliers,” where establishments were not seen following state mandated guidelines.

Due to time restrictions at Monday’s press briefing, I was unable to ask DeWine a question for the day’s “Ben Asks a Question” piece. As a result, I’ll look at the governor’s response to some restaurants and bars’ choices to reopen this weekend.

Near the beginning of Monday’s coronavirus press briefing, DeWine addressed the state’s plan to allow bars and restaurants to reopen with outdoor seating as of May 15. DeWine began by reminding Ohioans that while the state’s economy begins to reopen, COVID-19 is still a risk.

“I have been very candid in saying that in this reopening phase, a new chapter with COVID-19, there is risk involved. There are significant risks. But, there are also significant risks if we do not open up,” said DeWine. “The protocols, the rules for reopening bars and restaurants were laid down very very clearly by the working group that we put together, made up of health officials, but also made up of people who run bars and people who run restaurants. The truth is, that our economic recovery in the state of Ohio is tied directly to how successful we are in preventing the spread of the coronavirus. Stopping the spread, interrupting the spread of the coronavirus will determine how successful we are in opening up our economy … You can not have a successful reopening of the economy if we get surges in the coronavirus. And so these two are as linked together as anything can be linked together.”

DeWine continued to address concerns from over the weekend regarding social distancing at some establishments in Ohio, a number of which made national news. DeWine emphasized an idea he’s spoke on in previous briefings -- that the state’s economy will not be able to fully return unless Ohioans feel safe to take part in it.

“As we got reports over the weekend, it was clear that most restaurants were doing an amazingly good job. Most bars were doing a good job. But, it’s clear that we have had some outliers, ones who just were not doing what they should do. If we’re going to make this recovery, if we’re going to bring the economy back, people have to feel safe when they go out. They have to feel that the rules are being followed … We saw in some places, customers were not following the rules, and the people who were running the bar were not taking responsibility. So both have to do that. The owner of the bar, the people that are running the bar, they have an obligation to control the environment. And if they can not control the environment, they should make the wise judgement not to open.”

DeWine continued to warn restaurant and bar owners that failure to comply with Ohio’s social distancing order for such establishments could result in a loss of liquor license, and further legal action.

Ohio restaurants and bars will be allowed to open for indoor dining beginning on Thursday.