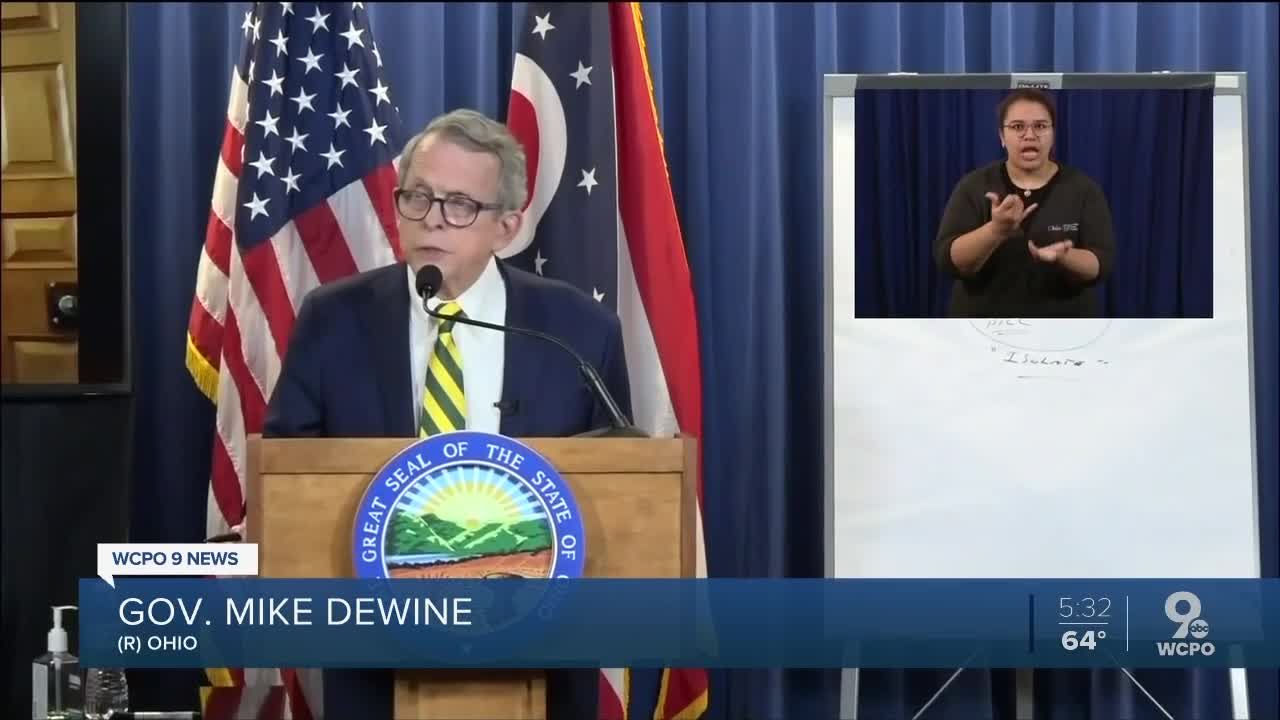 Have a question for state leaders about Ohio's coronavirus response? Send us a message on Facebook or reach us by email at newsdesk@wcpo.com.

COLUMBUS, Ohio — Small businesses in Ohio have been hit hard by the COVID-19 pandemic. Even as the state plans to allow businesses to reopen in the coming days, many businesses are still in desperate need of financial aid.

As a result, today I asked Gov. Mike DeWine if he has any plans to address the insurance industry’s reluctance to pay loss of income and business interruption claims.

In his response, DeWine said he’s aware of the issue and he has been in touch with Ohio’s insurance department about it.

"I’ve asked our insurance department to take a look at that, and I’ll report back what they tell me," he continued. "Again, this is a private contract, but we also want to make sure people are being treated fairly."

DeWine noted that insurance agreements are private contracts, so it’s not clear if the state will have much power in the issue. A number of lawsuits have already been filed in the state against insurers refusing to pay for lost profits.