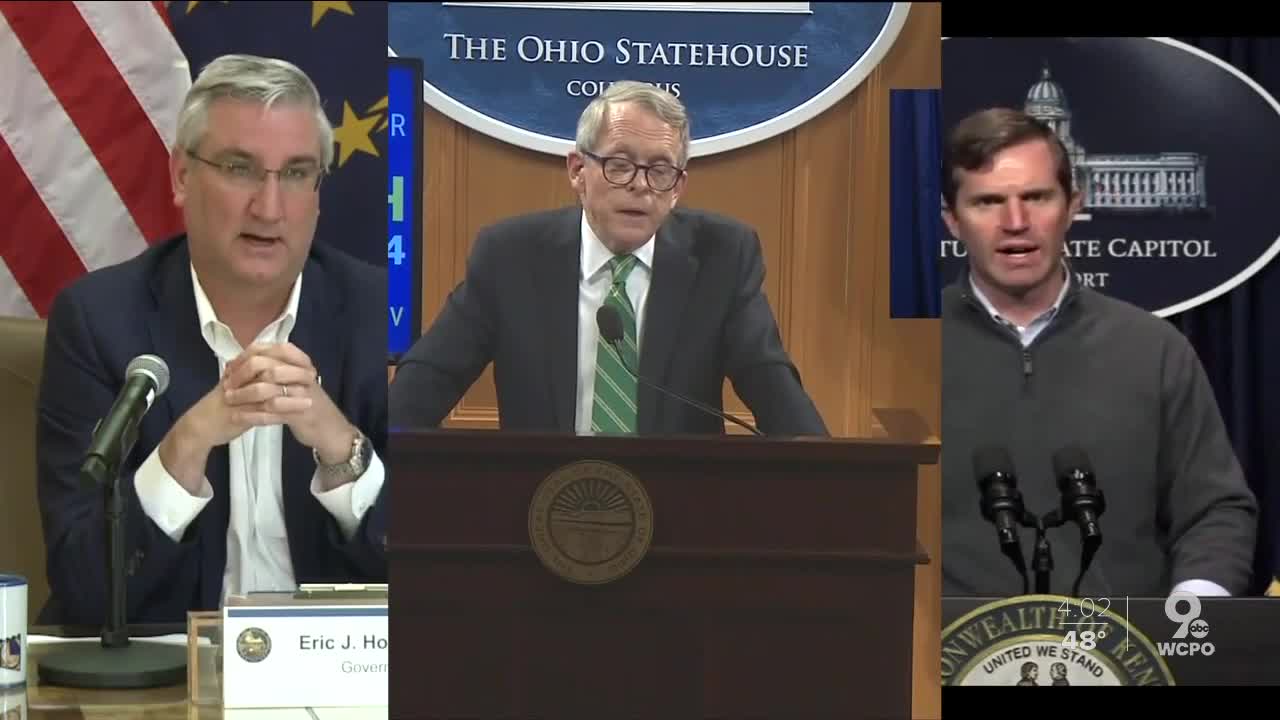 Governors in the Northeast are deciding when to reopen schools and out in the pacific Northwest, they're coordinating a date to lift stay-at-home orders.

It’s been almost a month since the Tri-State went under a stay-at-home order and several residents have questions about when things will return to normal.

"We're not there yet,” Indiana Gov. Eric Holcomb said. “But we've talked about what that day may look like."

Tri-State leaders are working on putting a timeline together for the possibility of re-opening the surrounding states.

"I would expect, we haven't made any big official announcement, that you will see the three of our states at least working together significantly as we move forward," Kentucky Gov. Andy Beshear said.

An unofficial partnership or sorts has sprung up between the governors of Ohio, Indiana and Kentucky

"States around us, we have a lot in common and it just makes sense for us to share information," Ohio Gov. Mike DeWine said.

Throughout the COVID-19 crisis, the three local leaders issued stay-at-home orders in the same week and saw similar policies for public safety.

"If they do it in lockstep with your neighboring states, you can see what we believe we saw from Tennessee, which is individuals that don't have the same restrictions can come to your state and can mess up the type of controlled opening that we have to do," Beshear said.

Which is why we’re likely to see a coordinated timing for things to open back up.

"Last Friday night I had a call with the governor of Kentucky and Indiana,” DeWine said. “The three of us got together on the phone. We're doing that once a week."

Holcomb said he holds weekly conversations with DeWine and Beshear as well as Gov. J.B. Pritzker of Illinois and Gov. Gretchen Whitmer of Michigan.

"I would expect, we haven't made any big official announcement, that you will see the three of our states at least working together significantly as we move forward," Beshear said.

No official information about which state could open up first or even when has been released, but all the state leaders told us they expect the subject to continue to come up in their conversations.