Part of our "Acts of Kindness" stories 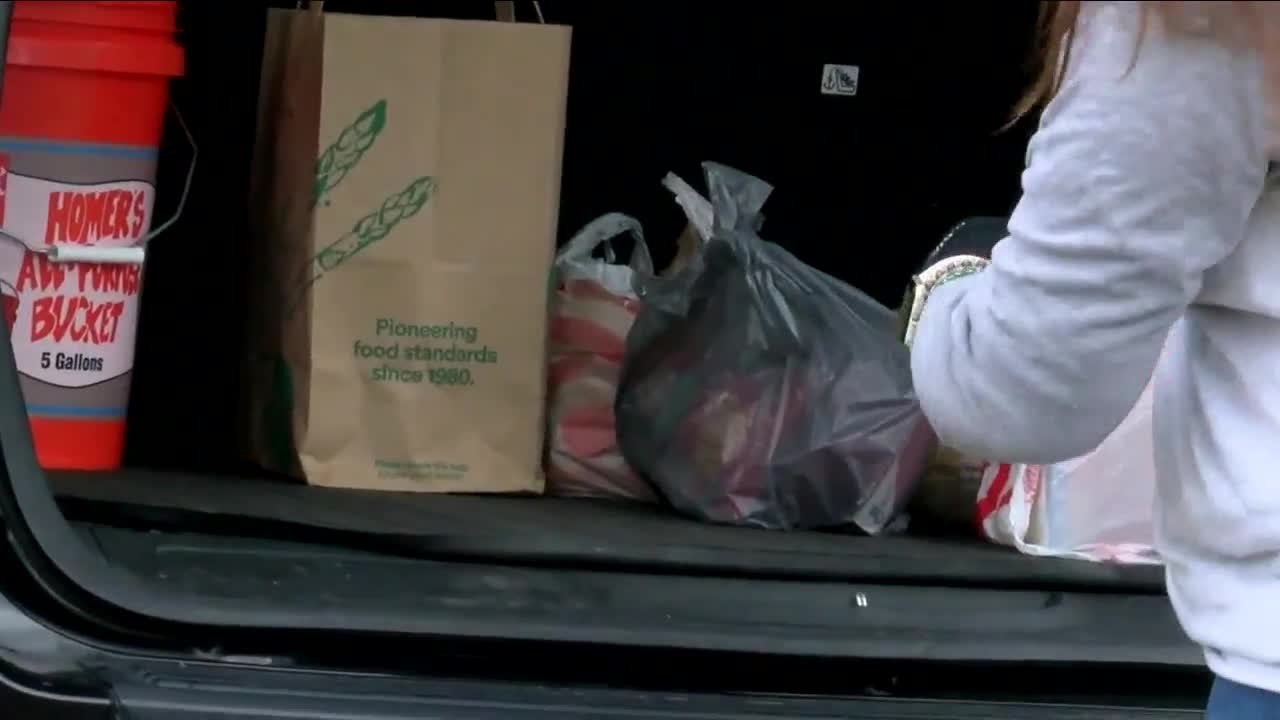 From a simple idea, to an effort to feed people during the COVID-19 pandemic. Danielle Weaver stepped up to the plate and created The Neighborhood Challenge: an effort that encourages homeowners to leave canned goods outside of their garages to be donated. 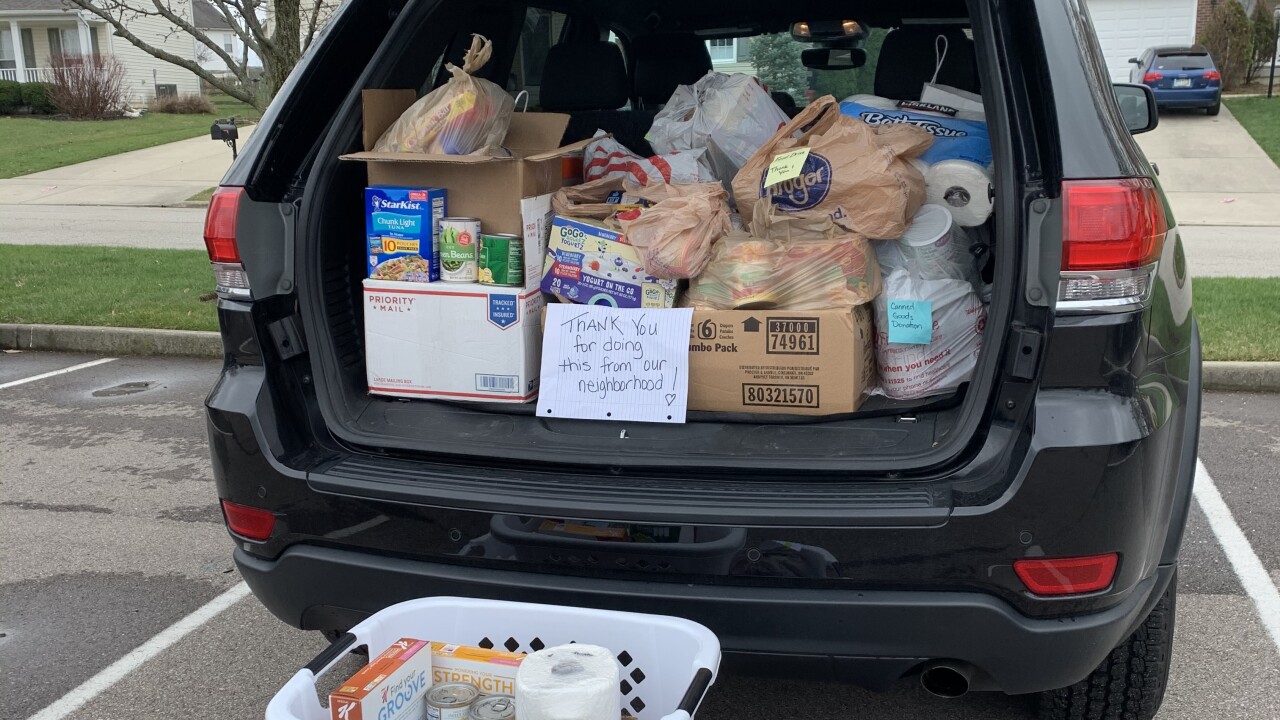 LEBANON — Danielle Weaver created The Neighborhood Challenge because she was looking for a way to collect and deliver canned goods for the Lebanon Food Pantry that wouldn't violate social distancing during the COVID-19 pandemic.

"People are kind of frustrated," said Weaver, who began the challenge the week of March 16. "They don't know how to help but they want to help, and they're doing the right thing from home."

Weaver's idea? She asks homeowners to leave canned goods and other nonperishable items outside their garages. Then Weaver, along with a group of volunteers, picks them up and donates them to food pantries.

So far, Weaver has done this initiative in five different neighborhoods. Now she wants to put you up to the challenge.

"To take out the frustration, it was my idea for people to donate, and I would drive around and pick up the things," Weaver said. "Then we decided to challenge a couple of other neighborhoods to do it because we had a really good turnout in ours."

At Lebanon Food Pantry, Weaver said, there is a need all year around, but especially now.

"They're always needing items, especially right now when people are scared to go out and there's even more needy people," Weaver said. "It's the usual people who need food but also people who have been recently laid off. It's a whole new demographic of people that are needing help."

Weaver reaches out to neighborhoods through Facebook, emails and the Nextdoor app, to avoid any kind of physical contact. She also set up a Facebook page with information on how you can start this in your neighborhood.

"Social distancing is the way to go right now. It's what we really need, but that doesn't mean that we can't be working together to help people," Weaver said.