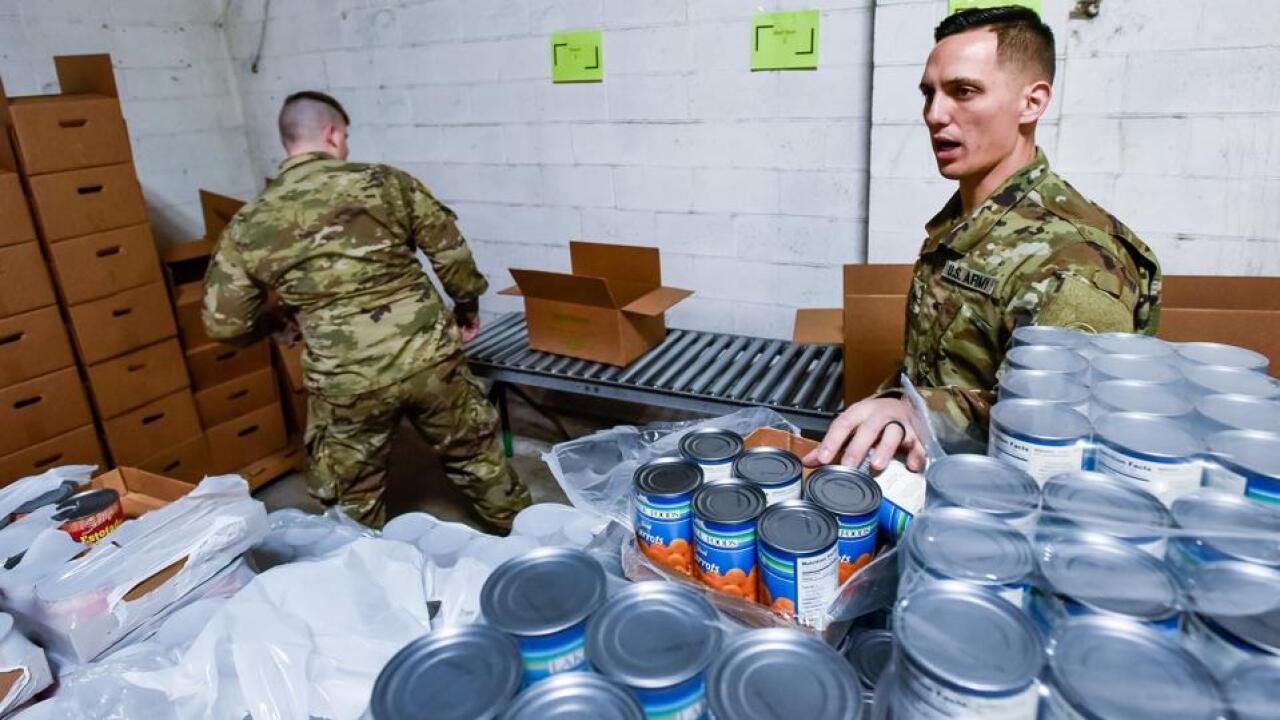 Ohio Gov. Mike DeWine activated 300 guardsmen last week to help the Ohio Department of Job and Family Services and foodbanks across Ohio because of the novel coronavirus pandemic. Before that activation, Shared Harvest volunteers would pack about 100 fewer 42-pound boxes in a day with four times as many volunteers, said Terry Perdue, the foodbank’s executive director.

The guardsmen will help make sure food will get to the pantries and the people who need it, he said.

In all, the 10 guardsmen packed 711 boxes weighing nearly a collective 29,900 pounds, according to the Journal-News.

The guardsmen will be at Shared Harvest for a 30-day commitment. Though they’ll be primarily working 9 a.m. to 3 p.m. Monday through Friday, they will work on an occasional Saturday to assist in distribution.

Perdue said there is enough food to pack if the guardsmen’s pace is consistent because of federal trade mitigation programs. Foodbanks have received food previously designated to be shipped overseas but cannot due to “trade damage from unjustified retaliation,” according to the U.S. Department of Agriculture.

Perdue said it’s “amazing” to have such a surplus of food “at such a critical time.”

Anyone who wishes to volunteer should do so at the food pantries as “they need volunteer support because they are at risk of closing,” Perdue said.

The outbreak of the novel coronavirus, also known as COVID-19, has forced some pantries, including the Fairfield Church of God and Serve City’s pantries, to close. Open Door Food Pantry is open when they have volunteers, said pantry board president Ginny Woods.

On Monday, the pantry had 60 people come in “which was much higher than normal,” Woods said.

“A good number of them were new to the system, and several families had four children or more,” she said. “I think we’re seeing the results of people getting laid off. So the need for food from the pantry will probably increase.”

Woods said she also appreciates the volunteers, and the pantry’s director, who came to help “despite the chance of contracting the coronavirus.”

Perdue said as the emergency food boxes are new for the foodbank to produce, they are occurring unexpected costs, such as the cost of packaging boxes and truck rentals. While Shared Harvest is pushing volunteers to work at the pantries, Perdue asks for financial donations to help Shared Harvest offset some of the new costs.