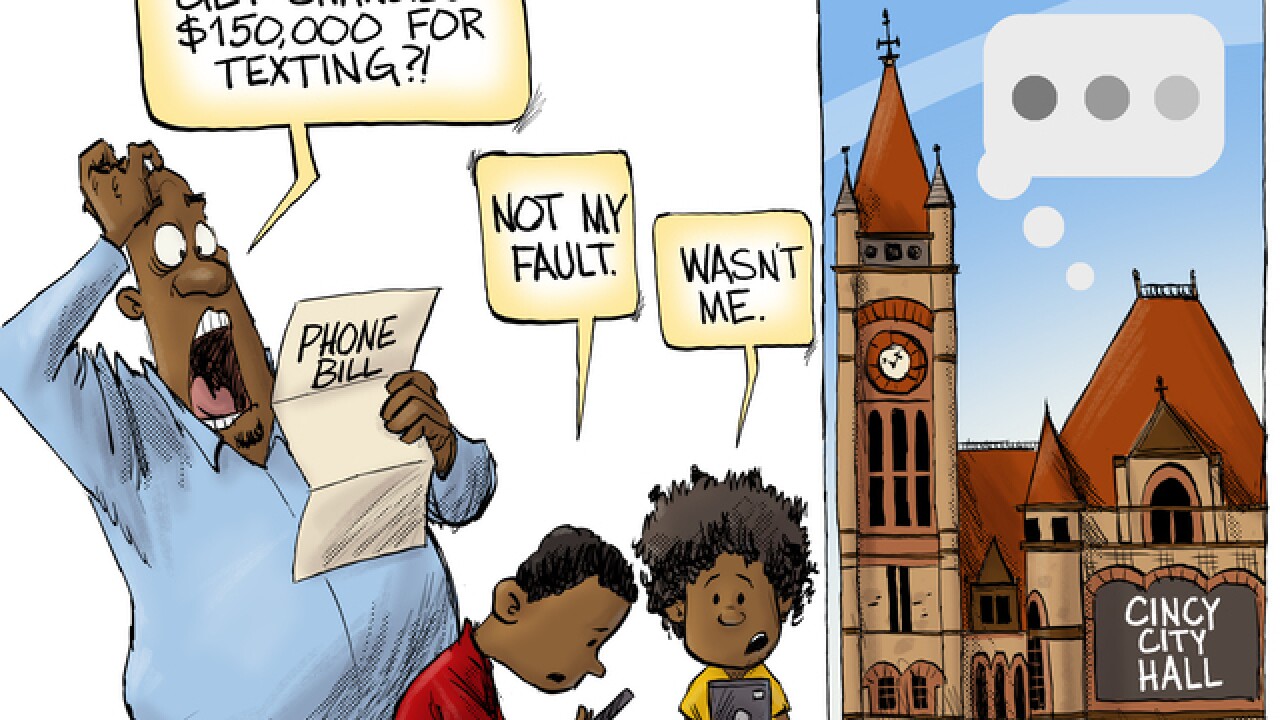 Maybe the citizens of Cincinnati need to change their data plan.

In the continuing and mind-numbingly dumb scandal deemed "Textgate," Cincinnati City Council has voted to spend up to $150,000 of taxpayer money to defend council members accused of doing public business via private text messages.

To give a brief rundown of the issue at hand: Five City Council members are accused of holding private meetings via text as they discussed Mayor John Cranley and the ouster of former City Manager Harry Black. A member of anti-tax group COAST is suing the city. A former council candidate filed a motion to intervene in that lawsuit, alleging other members of the council were engaging in the same practice.

Some of the council members want to settle without disclosing the text messages; some want to take the lawsuit to trial.

OK, so that rundown wasn't so brief.

Due to the lawsuit, the motion and the opposing views of the council members, the city solicitor said there's a conflict of interest and she can't represent the city in this case. Therefore, private lawyers are being hired to represent the various parties and we, dear fellow taxpayers, are on the hook.

Listen, I'm all for transparent government, but I think all parties involved here need to take a step back from the politics.

The text messages, the back-stabbing, the suits and countersuits and the political one-upping are all just further illustration of how dysfunctional our city government is. We're talking about text messages, and no matter how nasty they may be toward one person or another, they're not worth hiding at taxpayers' expense.

Neither is a lawsuit -- from an anti-tax group trying to score political points -- or any countersuits to spread the blame around.

The city is already in the hole, and although $150,000 is a lot, it doesn't amount to much compared to a $32 million budget deficit.

But think about what that $150,000 could do for, say, the 50 percent of kids in the city who live in poverty. Or the homeless still out on the streets.