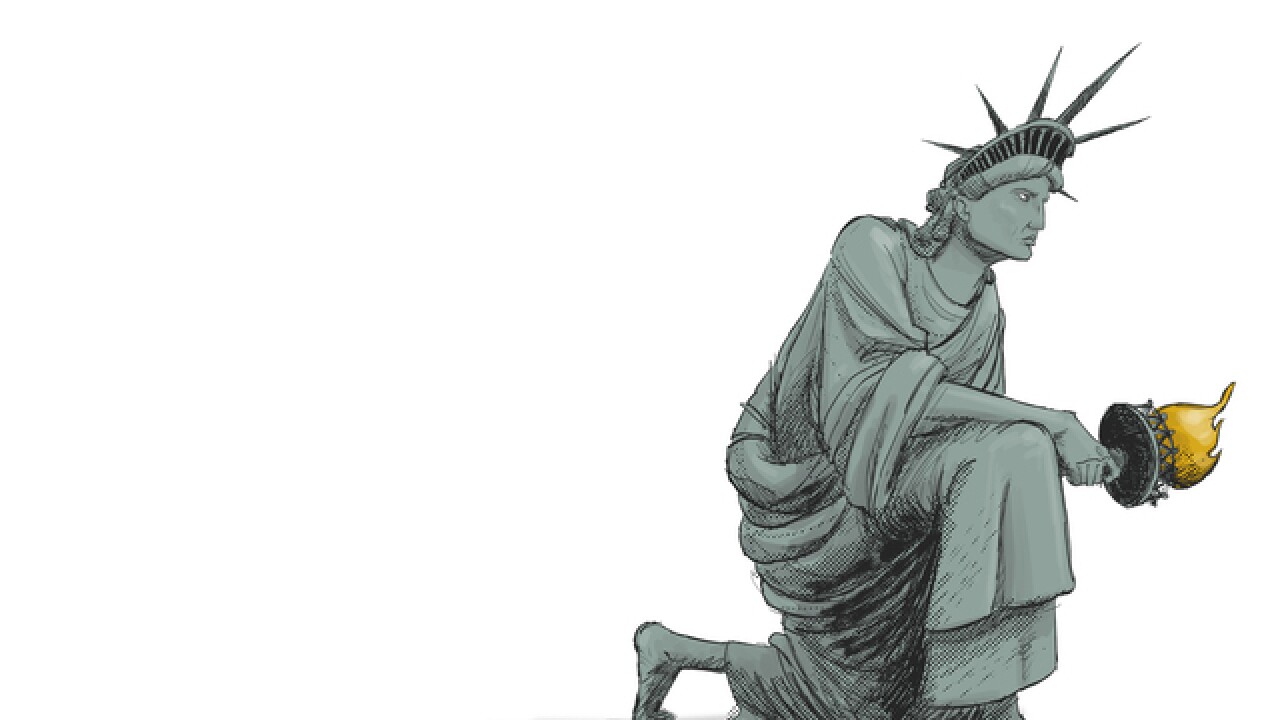 What started with former San Francisco 49ers quaterback Colin Kaepernick as a protest over police actions against African Americans has turned into an act of defiance against President Trump. At an Alabama rally last week, Trump said he'd love to see NFL team owners say to any player who knelt during the National Anthem to say, "Get that son of a bitch off the field. He's fired." On Sunday, over 100 NFL players knelt, locked arms, or stayed in their locker rooms during the National Anthem.

One of the cornerstones of the United States is the First Amendment of the Constitution. Americans have the right to freedom of speech and freedom of assembly. We are a nation founded on ideals of liberty and equality diversity and a unique individualism that brings us together as one people. Even more so, we have the right as Americans to not be beholden to a flag, a song, or a man in an Oval Office.

To say that kneeling while the National Anthem is disrespectful to our nation, or veterans, or anybody or any symbol goes against the very foundations of the United States. We're a nation founded by revolution, created by taking a stand against what was seen as tyranny. While a protest such as taking a knee during the anthem may, to you, be distasteful, it is not disrespectful. Rather, it's an act that is, quite exceptionally, American.