EDITORIAL CARTOON: All aboard the struggle bus 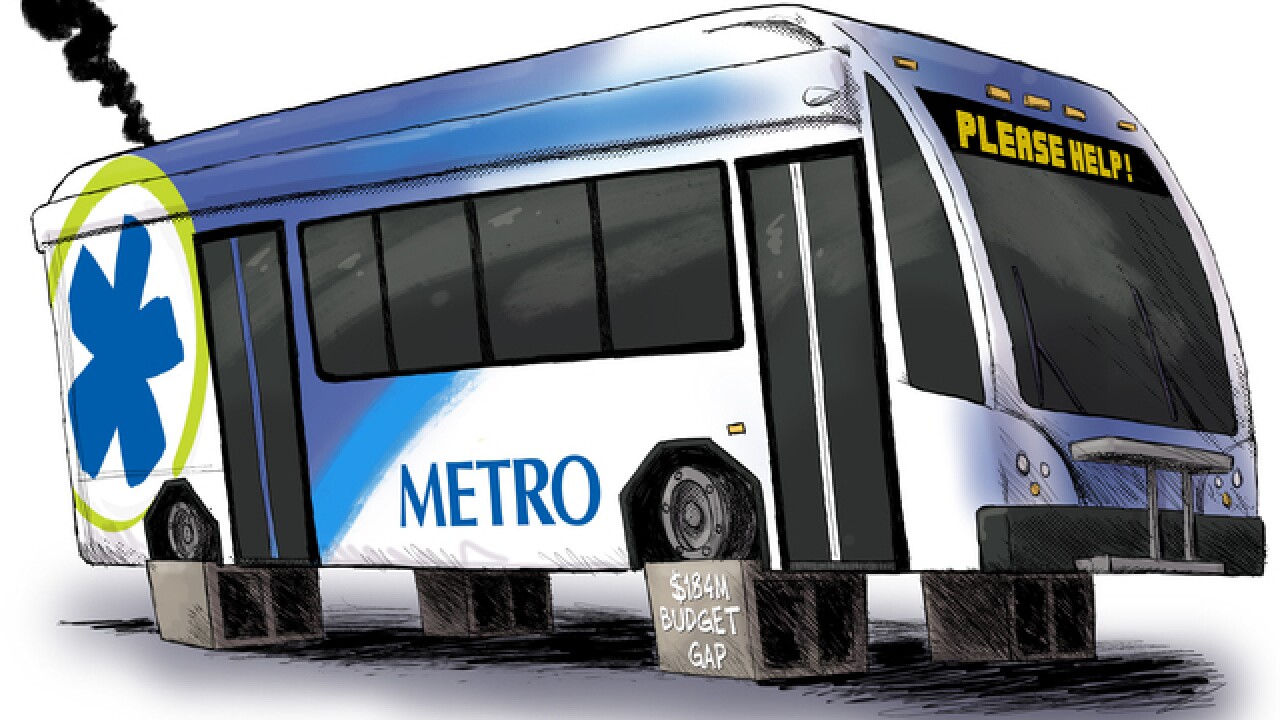 Tens of thousands of people in the Greater Cincinnati area rely on Metro to get to jobs and grocery stores. It's an inexpensive way for people without access to cars to get around.

However, thousands more can't get to jobs by Metro due to lack of service, causing the system to lose money and ridership. With capital going towards constantly maintaining a fleet of aging buses rather than hiring new operators and creating new routes, Metro can't attract new riders.

The wheels are spinning, but Metro is going nowhere fast.

One of the reasons Cincinnati has lost out on opportunities such as Amazon's H2 is because of our lack of public transportation. Although the Queen City is a car town now, it'll have to embrace public transportation to attract new investment and take care of our current citizens who don't have cars. Big choices, new investments and out-of-the-box thinking are needed to keep Metro off the cinder blocks.