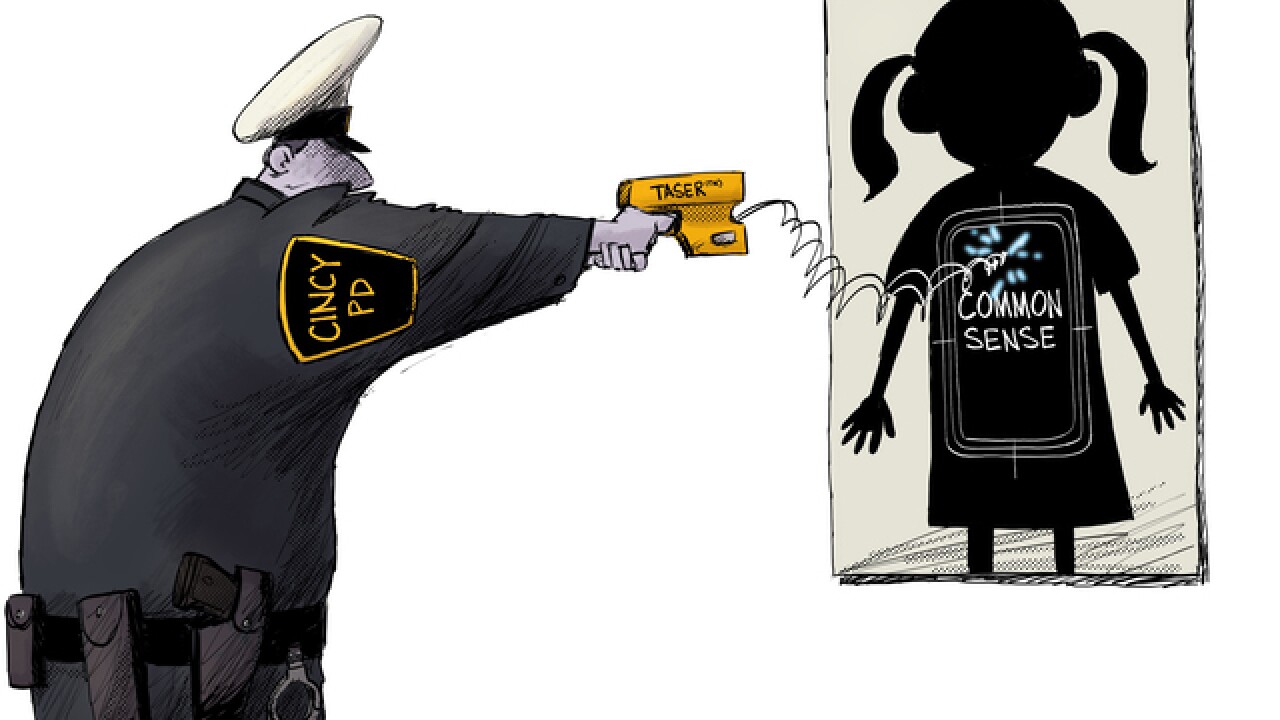 A Cincinnati police officer used a Taser on an 11-year-old girl Monday, as the girl was allegedly shoplifting items from the Kennard Avenue Kroger. The officer ordered the girl to stop and, when she didn't, he shot her with the Taser in the back. The girl was taken to Cincinnati Children's Hospital Medical Center, and was eventually released.

The Cincinnati Police Department has guidelines that state Tasers should be used when a suspect is "actively resisting arrest when there is probable cause to arrest the suspect, or to defend one’s self or another from active aggression." A kid shoplifting doesn't seem to warrant that level of force, does it?

What prevented that officer, who is trained to stop suspects, from stopping an 11-year-old girl? What made him decide to draw a weapon on a child rather than running over to her and, say, putting a hand on her shoulder or just blocking her path?

Some may say the kid deserved it as she was allegedly committing a crime (she's due in Hamilton County Juvenile court, though no date has been set), and that this will teach her a harsh lesson. But think back to when you were 11. We all did really dumb things. That doesn't mean those dumb things should go without consequences. But shooting a Taser into the back of a child? That's too far.

Kevin Necessary is the editorial cartoonist for WCPO. His opinion does not represent that of WCPO.