EDITORIAL CARTOON: Is Cincy the worst? 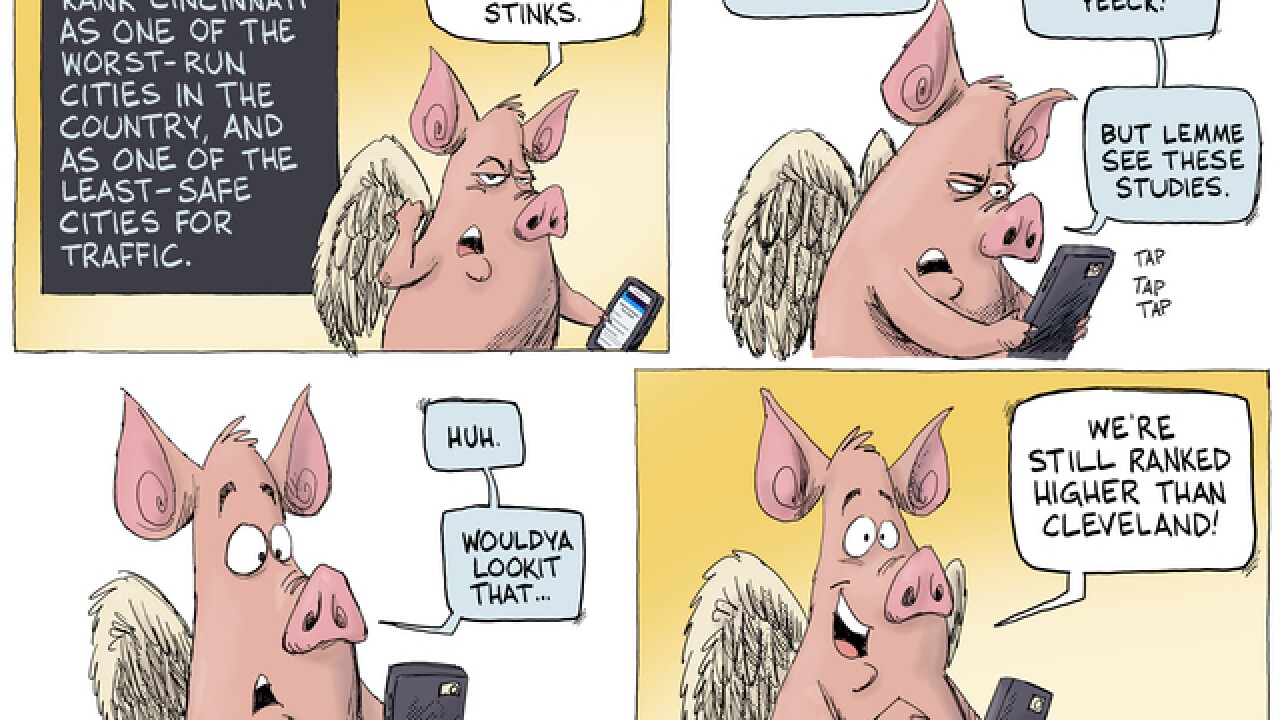 Some so-called study from some Internet nobodies ranked Cincinnati as being one of the worst-run cities in America. (Editor's note: the study was from WalletHub.com, who are not Internet nobodies, and their study used quite scientific methods). And then the guys released another study saying while the Queen City wasn't the worst city to drive it, it was one of the more unsafe cities when it came to traffic.

Listen, we know Cincinnati has its problems. A government that seems constantly in the red, whose officials always fight, bicker and text nasty things about each other. Public transportation that can't get people to jobs. Crushing poverty. Racial tensions. Potholes. Moron drivers (from Kentucky, Ohio or Indiana, depending on where you live). An invasive species of orange barrel that we can't eradicate from our highways. We know we've got to fix these things. We know we can do better. But who appointed you, you, uh, you guys (Ed. note: WalletHub.com) to pass judgment on us, to rank us and put our trash out there for everyone to see?

But, at least, you ranked us higher than Cleveland.