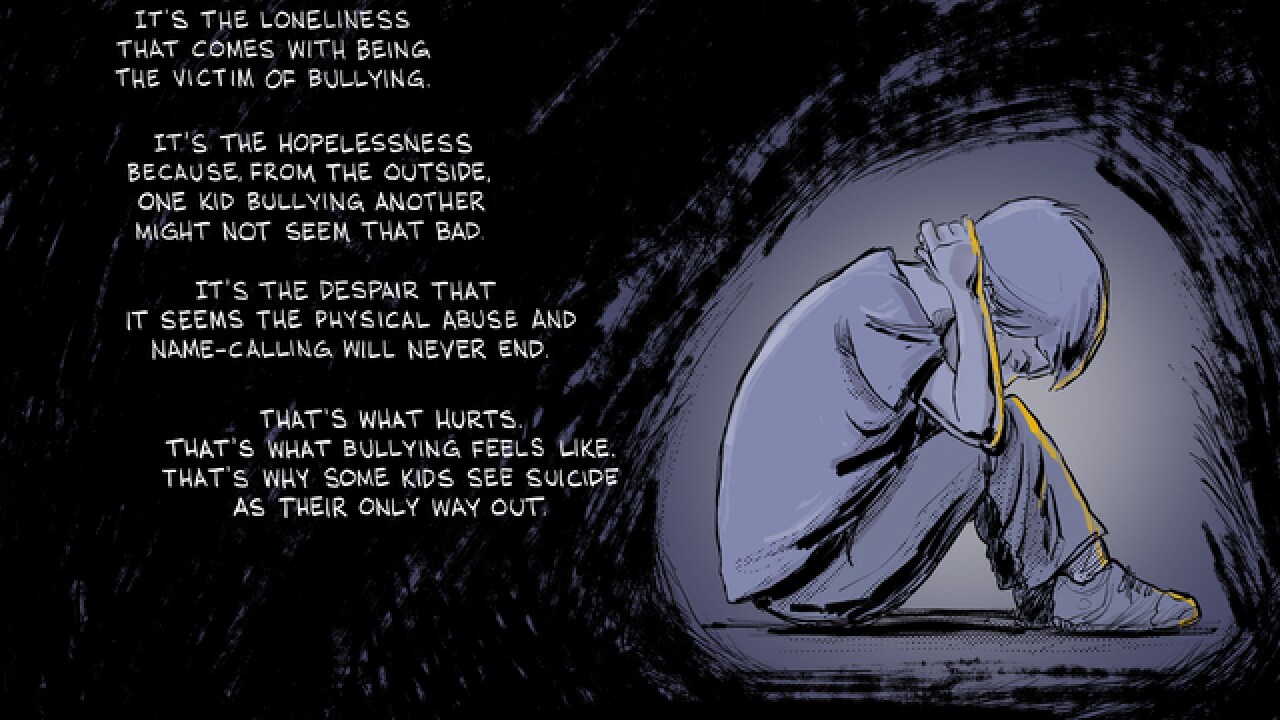 If you didn't experience bullying as a kid, you may not understand how bad it can be. Beyond any humiliation from being called names, having rumors spread about you or the physical pain from being assaulted, bullying leaves deeper scars.

It can cause kids to be isolated from their peers. It can shape how a child views him or herself, contributing to a splintered a self-image that can last well into adulthood. And being forced every day to go into an environment where you are harmed, physically or mentally, can lead to a sense of dread and despair. It can seem as though there's no escape.

Bullying has real consequences. Suicide is just one, though perhaps the most serious. Bullying isn't just kids being kids or picking on their peers. It's harmful, and it can be deadly.

Emilie Olsen, a 13-year-old girl from Fairfield, ended her life in 2014 after saying she was the target of bullying. This January, 8-year-old Gabriel Taye killed himself days after he was apparently taunted and possibly knocked out by other students. The Hamilton County coroner is reopening her investigation into whether bullying led to Taye's death.

Parents and teachers must be vigilant against bullying.