EDITORIAL CARTOON: A problem in school 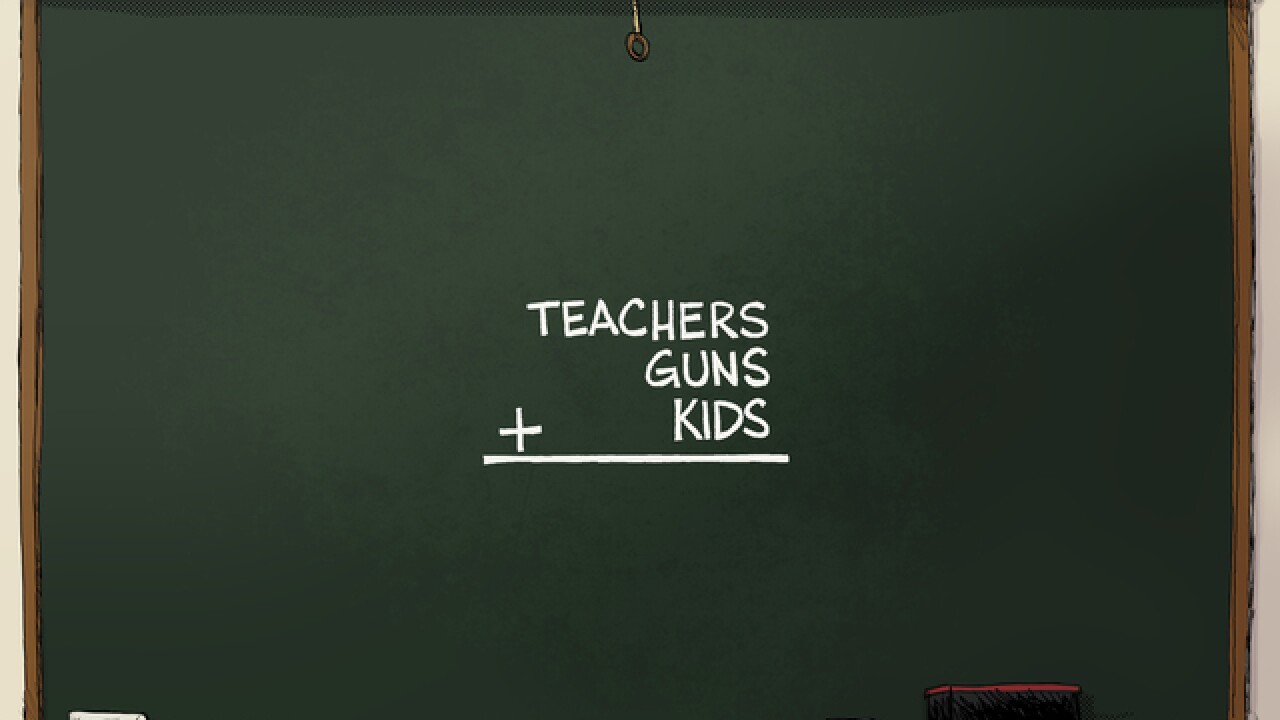 After some billboard bullying by Butler County Sheriff Richard Jones, Hamilton City Schools will allow qualified staff members, including teachers, to carry guns in classrooms as a way to counter potential school mass shooters. Because what could possibly make students under fire from a mass shooter more safe? Why, obviously, the threat of being caught in a crossfire between the shooter and their teachers!

It's one thing to have armed police or security guards in a school. It's another for educators who aren't trained in tactical situations to be packing heat. While the "good guy with a gun" is a great slogan, it's not much more than that . Research has shown that more guns can lead to more gun injuries and deaths. It's hard for anyone to stop a shooter, especially someone not trained for it. And as we've seen, accidental shootings can happen even with trained law enforcement officers .

There could be better efforts to identify and help students who have mental health or other issues, so they won't get to a point where they feel they need to take up a gun. There could be better trained security. Community and law enforcement programs designed to help drive down violence. Even a rational conversation about the Second Amendment, the need for guns and — ah, who am I kidding?