EDITORIAL CARTOON: What do you see? 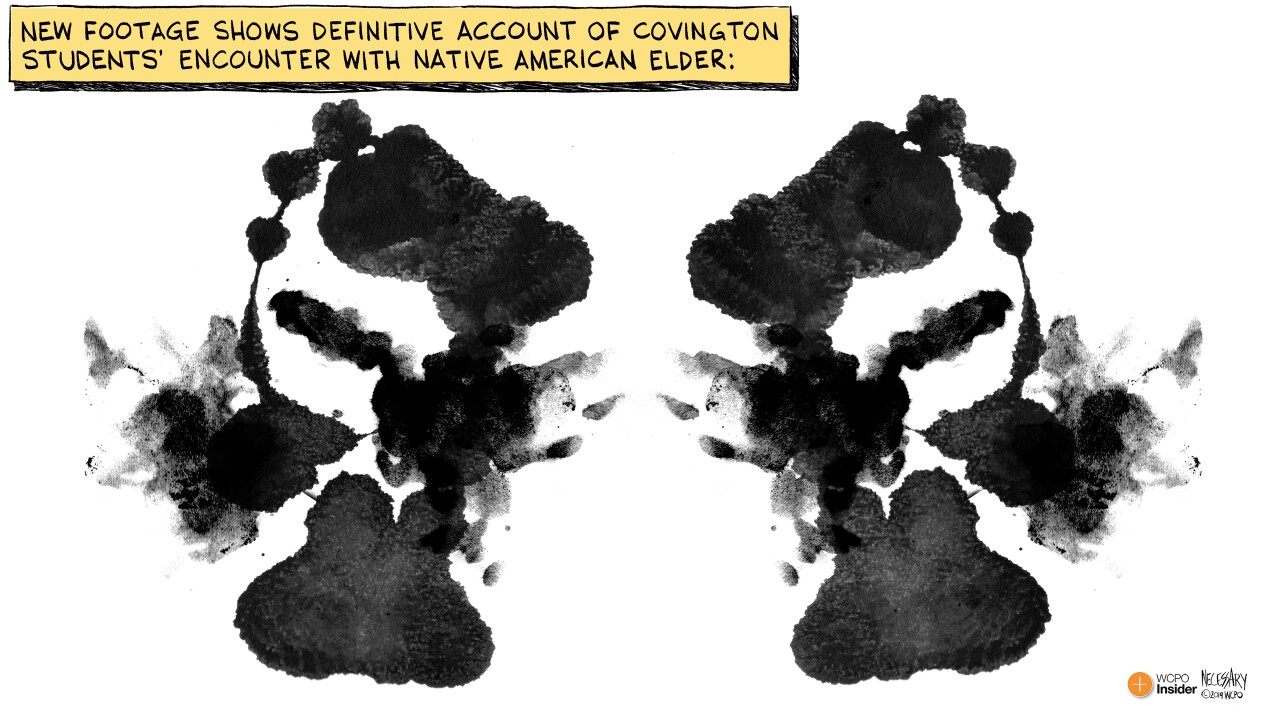 What do you see? MAGA hat-wearing students mocking a Native American elder who is trying to make peace? A respectful student smiling at incessant drumming? A malicious smirk? Innocent kids on a school trip, waiting for their bus, trying to rally their spirits after being tormented by a fringe group? Ignorant white male privilege fully on display?

The the incident between a group of Covington Catholic High School students and Nathan Phillips, which has dominated news cycles since the original videos were posted Saturday, has become a collective Rorschach test. With each new video or statement posted, people become more entrenched in their perceptions of what happened.

When the first videos hit, many were quick to judge and condemn the students as racist and threatening toward Phillips, a veteran and member of the Omaha Nation. That was followed by a longer video that shows the students being taunted by a members the of Black Hebrew Israelites, a fringe religious group, and Phillips approaching the students. People rushed to defend the students. Mea culpas were made.

Then other videos surfaced. Students are seen making tomahawk chops, parodying Native American chants and getting so far into Phillips’ face that another student warns them to back off. A Native American apparently tells the students to go back to Europe. Dueling statements have been issued. Threats against the students have forced the school to close. More videos will undoubtedly arise.

No matter what actually occurred, we’re seeing what we want to see through the prisms of our own political biases. Are these kids racist Trumpsters? Good Catholic kids confronted by intolerance? Religious pawns against women’s reproductive rights? Teenagers acting like teenagers when encountering people outside their usual environment?

What do you see?