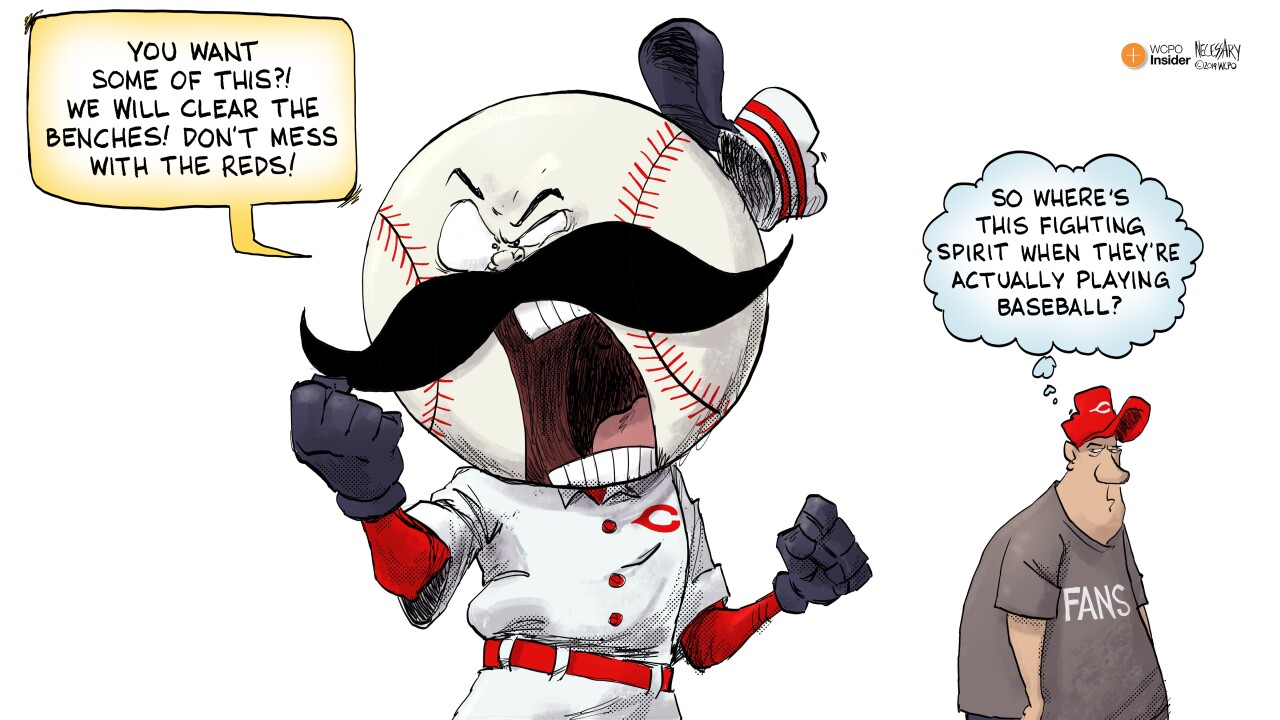 The Reds finally showed they had some fight in them.

Too bad it was was during a bench-clearing incident after Pittsburgh Pirates pitcher threw a wild pitch that seemed intended to hit — or, at least, send a message to — Reds infielder Derek Dietrich. It resulted in five being ejected from the game, including Yasiel Puig and manager David Bell.

Although I don't condone fighting, I have to hand it to Puig, Bell and the rest of the team for their intensity while sticking up for Dietrich.

One question, though: Where is that intensity while actually playing baseball?

The Reds have lost eight straight games. Despite all the pomp and circumstance of the team's 150th anniversary, there are no fireworks on the field. Unless the Reds can channel the same kind of energy they had clearing the bench against the Pirates, the 2019 season might be done before it really ever began.