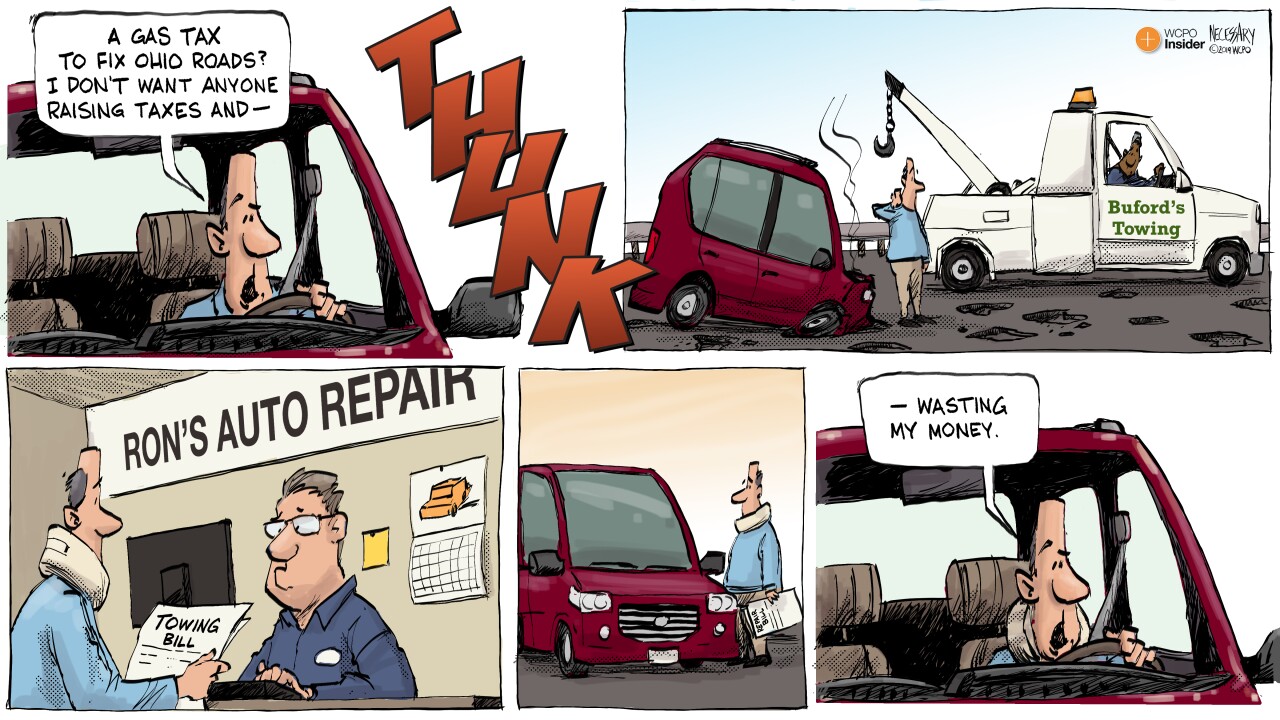 Have you driven in Ohio lately? Chances are, you have. And you've probably noticed that our roads are, in a word, terrible. Years of cuts in infrastructure spending have resulted in Ohio having some of the worst roads in the country. We've got potholes that put the moon's craters to shame. We swerve to avoid hitting them and causing damage to our cars. It's like we're all living in a dangerous game of Mario Kart, where if you lose, you might pay out the nose for car repairs.

So how would we as a state fix these rough-looking roads?

Gov. Mike DeWine has proposed an 18-cent gas tax to help pay for our crumbling roads. It'd result in an annual $1.2 billion for roads and bridges. While it may seem like apostasy for a Republican governor to even utter the word "tax," DeWine says this is the only solution that makes sense. Some Republicans in the statehouse have already issued their knee jerk reaction to DeWine's suggestion, and I'm sure that many citizens have done the same.

Before anyone grabs the pitchforks and torches to stop this tax from happening, maybe we might try to remember that our taxes pay for many of the services we need and too often take for granted, such as roads and bridges in good condition. (And schools, healthcare, clean water, clean air, police, public transportation, trash pickup, fire fighters, food for the needy, the military ...) And the cost of not taking care of our roads might just be higher than the money we spend paying to maintain them.