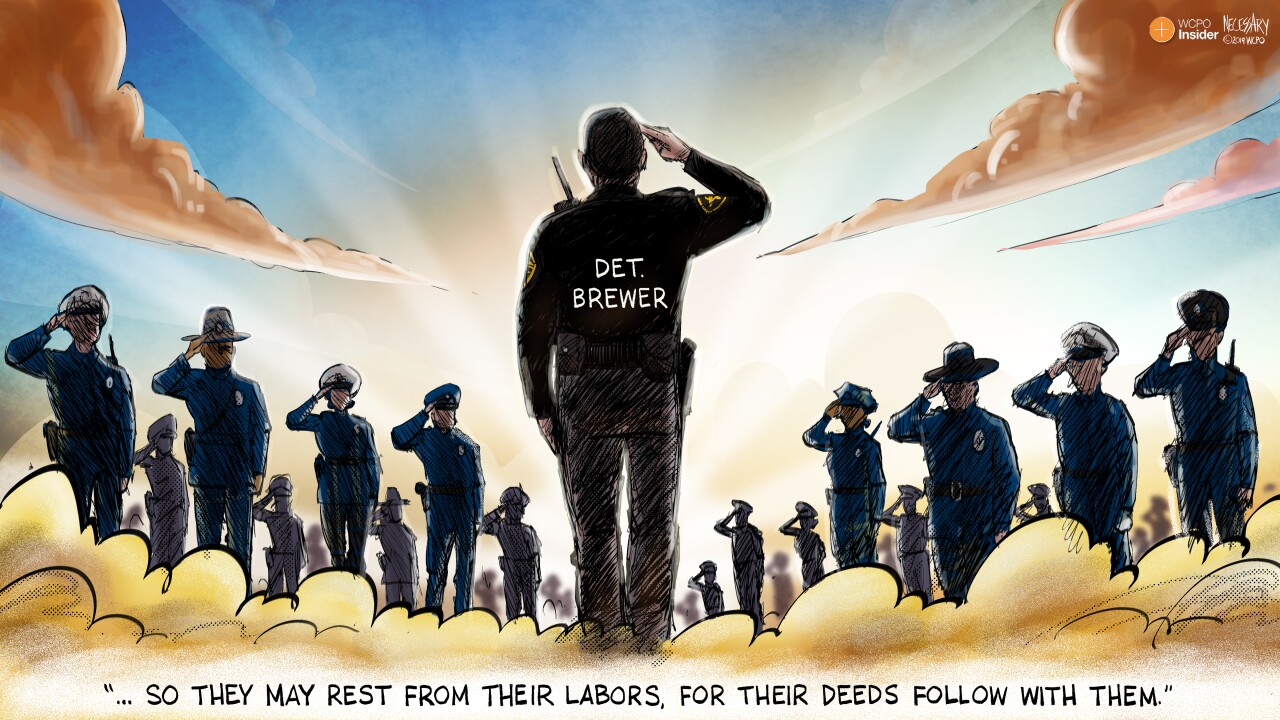 Our thoughts go to Det. Brewer's family, friends and colleagues.