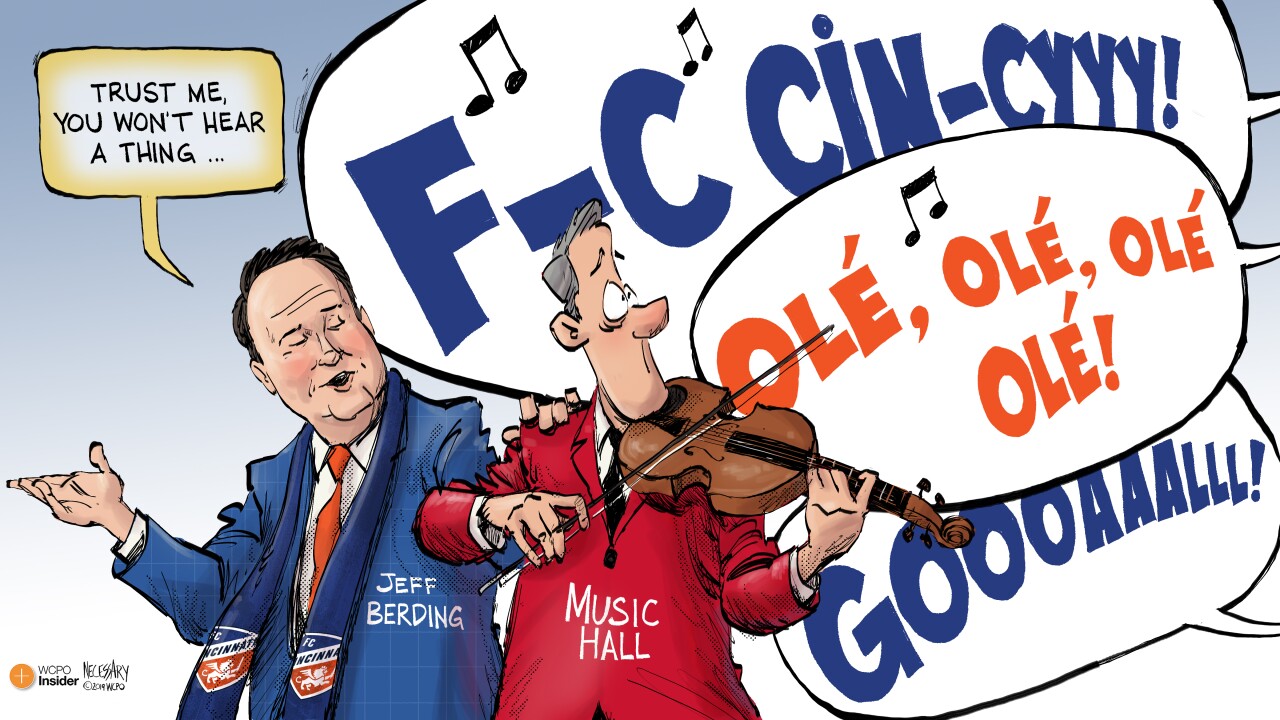 A preliminary report released Wednesday found that the Cincinnati Symphony Orchestra and the Pops might potentially be drowned out by noise coming from the future FC Cincinnati stadium, which will be built close to Music Hall in the West End.

FC Cincinnati and its president, Jeff Berding, insist that the stadium won’t cause any noise problems. Nobody at the University of Cincinnati’s Conservatory-College of Music complains about tens of thousands of cheering, chanting and singing soccer fans at Nippert, FC Cincinnati said. So why should it be a problem at Music Hall?

Sure, CCM was built to handle the noise of being located on a fairly dense university campus. And Music Hall is a 19th-century building where the recent renovations, begun before FC Cincinnati even existed, didn’t account for a new soccer stadium being built in its back yard. And yes, soccer fans and matches are loud — really loud — but no one has voiced any concerns about that being a potential problem with West End residents and businesses, right?