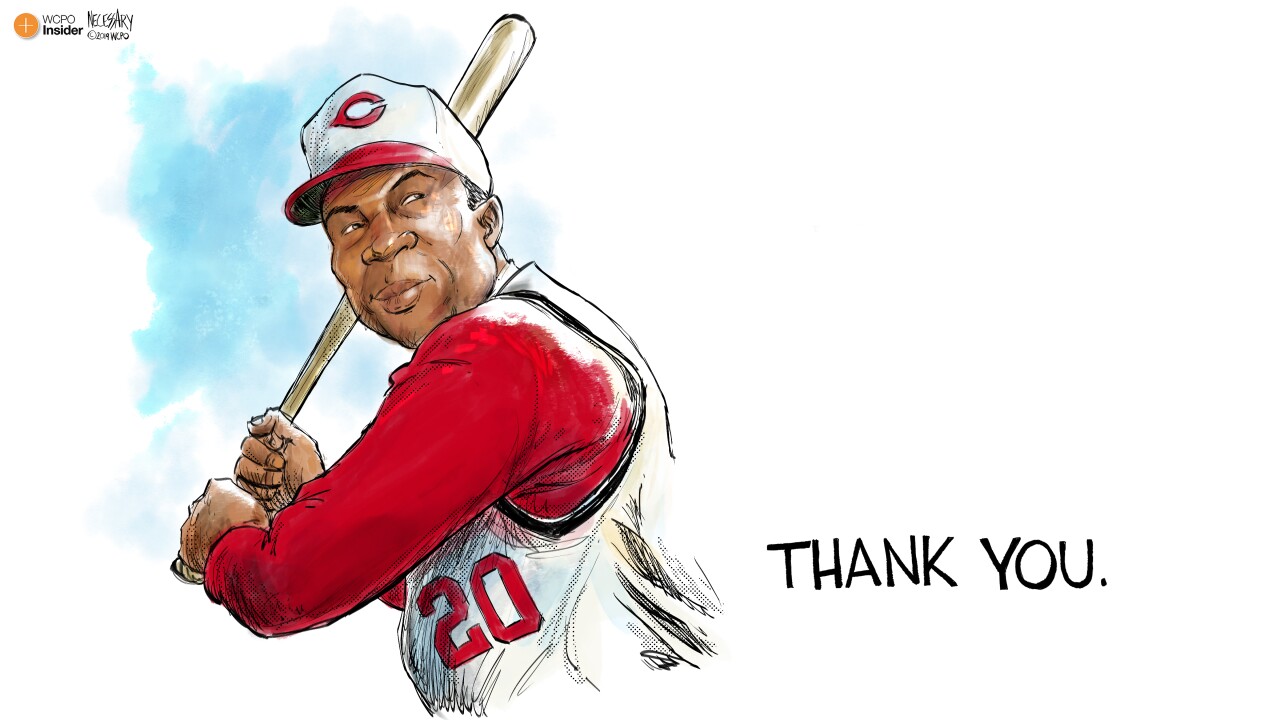 Baseball legend Frank Robinson, who played with the Reds from 1956 to 1965, died Wednesday at the age of 83. Robinson was the first African-American star player for the Reds and ranks second behind Johnny Bench for the the team's most home runs.

Robinson was a National League MVP, breaking records and barriers, and his trade from the Reds is regarded as one of the worst trades in history.

Robinson had long career in Major League Baseball, playing for the Baltimore Orioles, Los Angeles Dodgers, California Angels and the Cleveland Indians. He became the first African-American Major League manager in 1977 when he led the Indians, and later managed for the San Francisco Giants, the Orioles, the Montreal Expos and the Washington Nationals.