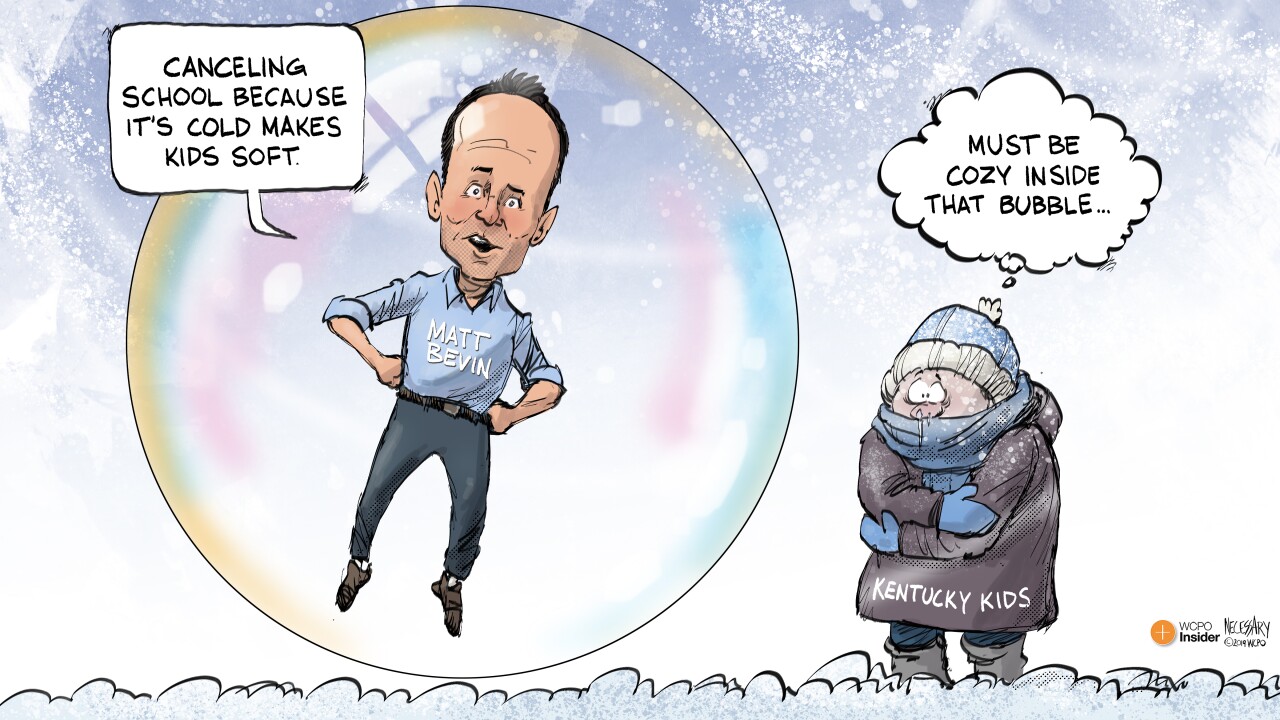 It must be nice living in a privileged (and presumably heated) bubble.

Kentucky Gov. Matt Bevin said during an interview that schools canceling classes because of the cold weather were making kids "soft." Never mind that a polar vortex descended over much of the United States, with temperatures dropping well below freezing and wind chill factors making the blistering cold even worse.

And that exposure to those sub-freezing temperatures pose a health risk to children.

Or that many kids in Kentucky — the fifth-poorest state, er, commonwealth in the Union — may not have adequate winter clothes or transportation to school.

Seems Bevin thinks all those kids at risk of frostbite need some time out in the arctic weather. It'll toughen 'em up. Put hair on their chests. Make 'em less soft.

Bevin is just the latest government official isolated in a bubble. During the government shutdown, Commerce Secretary (and former investment banker) Wilbur Ross wondered why all those poor, furloughed souls just didn't get bank loans to cover their lost wages. President Trump, who thinks you need government ID to buy groceries, suggested that workers ask stores to float them on credit.

Unlike Ross and Trump, Bevin should know better. He comes from fairly humble roots. Perhaps years in the governor's mansion or the fortune he made working at investment firms have firmly encased him in his nice, cozy bubble, leaving reality out in the cold.

Kevin Necessary is the editorial cartoonist for WCPO. His opinions do not reflect those of WCPO as an organization. Find him on Twitter @knecessary.