Is there a grownup in this race? 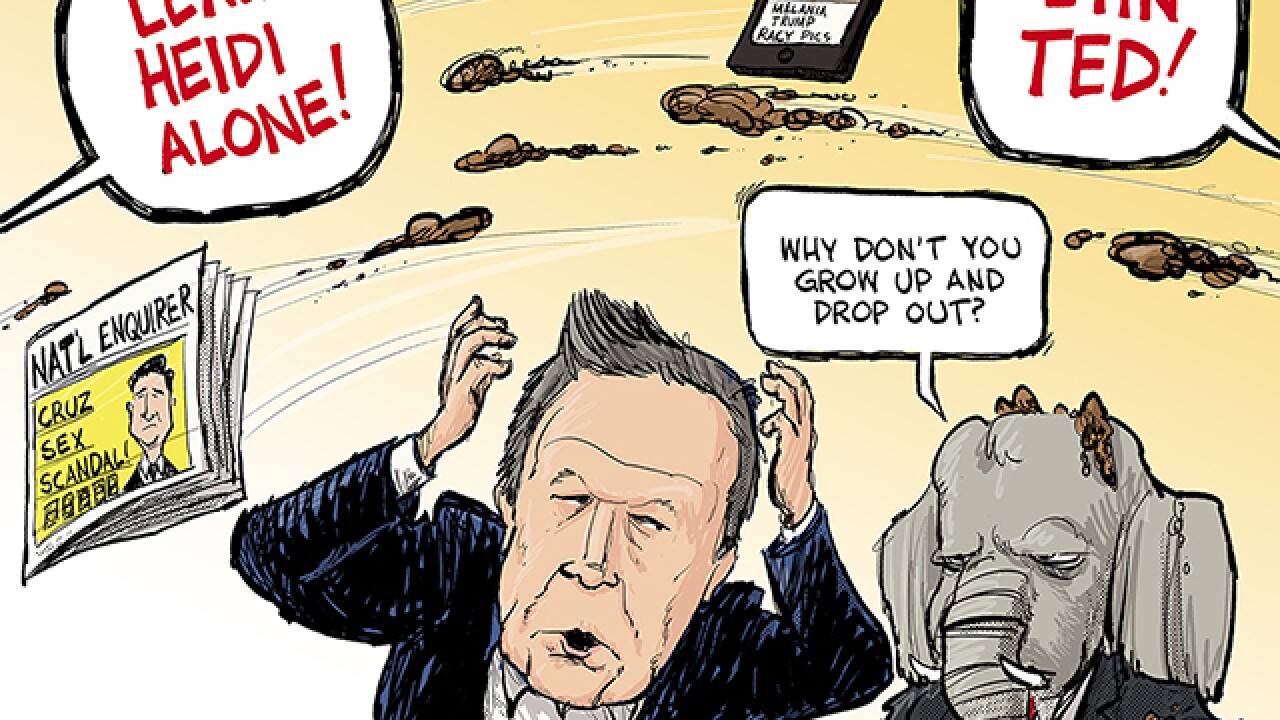 Hard to believe, but the race to be the Republican nominee for president has hit a new low.

Among front runners Donald Trump and Ted Cruz, the discourse has been dominated by snide remarks about wives, tabloid stories about mistresses, and name-calling worthy of third-graders.

Meanwhile, back in third place, John Kasich is trying to talk about things that matter and stay above the fray. And he's the one being urged to drop out of the race? Go figure.